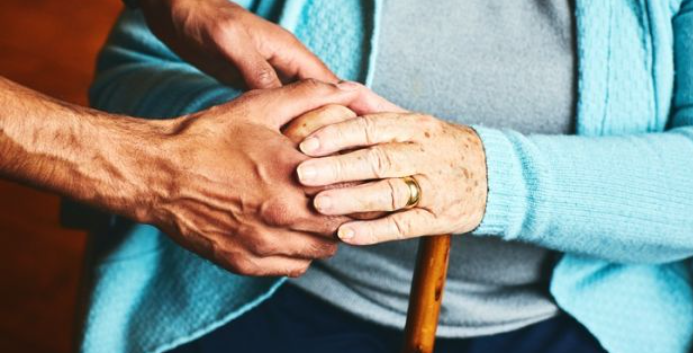 “Ensuring public confidence is maintained in the system is important to HIQA,” this newspaper was told.

MAINTAINING public confidence in the registration and regulation of nursing homes is an integral element of the Health Information and Quality Authority’s (HIQA) brief.

A HIQA spokesperson emphasised this to the Waterford News & Star after the family of a woman with dementia expressed concerns with the level of care she had received from a private care facility located in the South East.

“I would have given up work and kept Mam (whom we’ll call Deirdre in this report) at home had I known things would turn out the way they have,” said her daughter ‘Maria’ (not her actual name).

“Around the first time that there was talk of the (visiting) restrictions being lifted (in March) I went into Mam’s room and found her in bed, lying in her own urine. I’d no idea how long she was left lying there like that but I got her sorted as best I could; she wasn’t in a great state. Shortly after that, I got a call from the home and I was told that Mam was quite incontinent and could we bring out pads for her. I asked when this started and I was told that Mam had been like that for a while, which wasn’t very specific. And this was the first we’d been told about this. We got the pads – they cost about €70 or €80 – and left them at the door of the home.”

Such contentions were rejected by the proprietor of the facility in question who, in a letter to the resident’s family, stated that “as care providers we have and always will do the best to meet our residents’ needs.”

The letter continued: “However, in this instance we have exhausted all care options and are now confirming that we cannot continue to meet (her) needs in this home.”

Prior to this letter, a meeting took place between the home’s management and Maria, who was accompanied by a sibling.

“I’m not one for bringing trouble on anyone,” she said. “My only concern was for my mother. As far as I was concerned, the home then had a window of opportunity to turn this around and give Mam the care that she needs. Now I got an apology for the condition that I’d found Mam in and I hoped things would get better but at that meeting I was told that Mam had been prescribed 100 milligrams of Molipaxin – it’s like a sedative – but Mam was on a slight percentage of Xanax also and other meds that you can’t top on; you have to take something away, you can’t pile more on top. Now I administer drugs in my job: you can’t prescribe 100 milligrams of anything, that’s not a starting point for a drug like that and to prescribe this considering Mam’s size and weight just didn’t add up to me.”

Maria asked if the Doctor assigned to the home had seen her mother. “‘Ah, he’d know her’ – that was the reply I got. She’d want to be 20 stone to be given all of that. And then, in the middle of that meeting, there was a U-turn by the home, as far as I was concerned. My brother and I were then told that Mam hadn’t been given 100 milligrams, that she’d ‘only’ been given 25. But neither of the people I spoke to were in a position to alter that: the only professionals who can alter that are a doctor, a dentist or a vet. If they weren’t happy with the prescription, they should have told the doctor.” Maria later spoke to the doctor by phone outlining her concerns.

Transferred to another home

Deirdre, a former care professional herself, has since been transferred to another facility in the region, where “she is a lot happier”, according to Maria.

“Things had been fine for the majority of the time where she’d been previously but things changed late last year as far as we, as a family, were concerned, and we had to do something. We owed that to our mother.”

‘Tom’, the resident’s husband added: “To see how she is now is like a miracle to us.”

Tom said: “We didn’t feel she was being given enough water either; Deirdre wouldn’t be that verbal due to the dementia and while she can still put sentences together, she wouldn’t ask for anything.”

The family said that Deirdre had, in her own way, made references to them about not getting sufficient water. In response, the family themselves provided additional water for their mother’s room.

“Having seen her gasping for water in the nursing home was heart breaking. To my eyes, my wife was dehydrated in the home and I couldn’t understand how this could be happening; she had black sores on her lips. For the sake of giving her some water. But once we raised a few concerns and started asking a few questions, we weren’t wanted at the home. That’s how we felt,” Tom said.

“My mother is quite a small woman anyway, but within a short space of time, to our eyes, she began to lose a lot of weight, something she couldn’t afford to do,” said Maria.

Diverging opinions were shared with this newspaper when it came to this story. It’s worth noting that no nursing home in the country, along with HIQA, the HSE and the Government, ever comments on individual resident/patient cases to the media.

Nonetheless, a series of questions, in the interests of due diligence, had to be submitted to the home, HIQA, Minister for Mental Health and Older People Mary Butler (FF) and the Ombudsman.

“Ensuring that public confidence is maintained in the system of registration and regulation of nursing homes is important to HIQA, it is for this reason that reports of inspections of nursing homes are published,” said a HIQA spokesperson. “This allows families to see that regulation is taking place on a real time basis.”

In a statement issued to the Waterford News & Star in the wake of our contacting the nursing home in question, the facility’s proprietor stated: “We take great pride in providing excellent care to our residents, enabling them to live fulfilling, comfortable and happy lives. We are a registered designated centre with the independent regulator HIQA, delivering care according to high-level standards that are consistently subject to independent inspection. We have a long-standing reputation of delivering high-standard of care in a professional manner.”

This was a view which had been shared by Deirdre’s family, who described the facility as “great” prior to concerns which both her husband and daughter raised earlier this year.

Several weeks before this story was published, the nursing home’s proprietor also issued a letter to this newspaper through its solicitor which stated: “We write to advise that our client’s business is professionally managed in accordance with the relevant standards applicable and is currently registered with HIQA as required.”

While Minister Butler isn’t in a position to comment on individual cases, a lengthy statement from her office described planned reforms, the extension of HIQA powers and the development of safeguarding legislation as “a priority for Minister Butler”.

In a general comment the spokesperson said: “Under existing law, nursing home providers have an obligation to take all reasonable measures to protect residents from abuse. The person-in-charge of the nursing home has a legal obligation to investigate any incident or allegation of abuse.

“The nursing home is obliged to maintain a record of any incident in which a resident suffers abuse or harm, and the records must include the nature, date and time of the incident, whether medical treatment was required, the name of the persons who were respectively in charge of the designated centre and supervising the resident, and the names and contact details of any witnesses, the results of any investigation and the actions taken. There is also a statutory requirement that the nursing home notify the Chief Inspector of any allegation (suspected or confirmed) of abuse of any resident within three days.”

The need for ‘robust systems’

Deirdre’s family, who cared for her at home for six years prior to her entering the care system, made an informal contact to the Ombudsman, which deals with individual complaints regarding private nursing homes.

A spokesperson for the Ombudsman told this newspaper that it would deal with a complaint “from the woman you spoke to once she had complained to the nursing home in the first instance”.

In turn, HIQA’s spokesperson added: “We do signpost those who contact us to the services available to support them as they seek accountability at an individual level; chief among these is the Office of the Ombudsman.”

In the late Spring, Maria wrote a formal letter to the nursing home detailing her concerns and also contacted HIQA, who informed her that they didn’t deal with individual cases.

In late April, a meeting was held between the centre’s management, including its proprietor and Tom and Maria to discuss the nature of Deirdre’s care.

Within a fortnight of this meeting, the care centre told Deirdre’s family in a registered letter that: “It is our professional opinion as care providers that we have and always will do our best to meet our residents’ needs, however in this instance we have exhausted all care options within our capacity and are now confirming that we cannot continue to meet (Deirdre’s) needs in this home.”

Maria said: “I am my mother’s advocate. As a family, we just want to do our very best for her after all the years she gave raising us and the care and love she devoted to her own job. She was a woman of strong values. This is the least we can do for Mam at this stage in her life.”

Minister Butler’s spokesperson also referred to ongoing and “significant regulatory reform” in conjunction with HIQA, in line with the recommendations of the Covid-19 Nursing Homes Expert Panel.

“Earlier this year, (the) Government agreed the progression of interim enhancements to the current regulatory framework for nursing homes this year, with a view to commencing a wider, root and branch review of nursing homes regulation in 2022,” she said.

“Subject to Government approval, the interim enhancements to the legislative framework are expected to include enhanced powers and oversight for the Chief Inspector and enhanced reporting of key data by nursing home providers.”