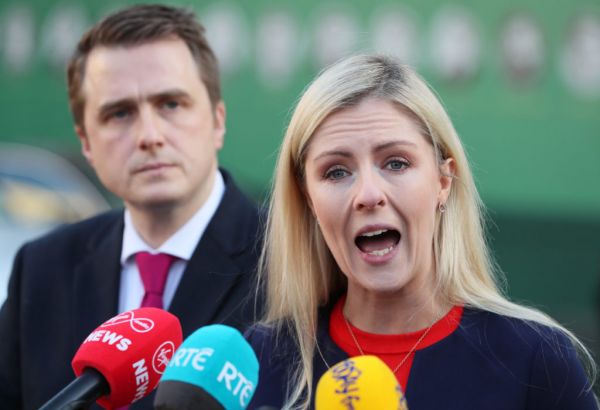 A new Bill would see stalking made a criminal offence in Ireland and carry a prison sentence of up to 10 years.

Fianna Fáil Senator Lisa Chambers, who will bring the Bill to the Seanad on Wednesday, called on the Department of Justice to back the Bill and enact legislation as soon as possible to criminalise stalking.

“It doesn’t display the gravity of the offence or the seriousness of the crime or the impact on the victim,” she said outside Leinster House on Wednesday.

Ms Chambers was joined by campaigners Una Ring and Eve McDowell, two victims of stalking who have together called for the Government to take stalking more seriously.

Stalking has been a criminal offence in England and Wales since 2012.

Ms Chambers said that that decision had led to a tripling of reporting between 2014 and 2018 and had put more perpetrators behind bars.

Noting that the vast majority of stalking victims are women, she described it as “repeated, unwanted behaviour that shows an intensity and an obsession and creates an intense fear in the victim”.

Her Bill would see anyone found guilty of stalking facing up to 10 years in prison.

On Wednesday, she moved the Bill to the second stage in the Seanad.

“Each of the perpetrators would serve less than five years for what they have done. Both @unaring4 & @evemcdowell_ will serve a life sentence for what they’ve been through.”

Ms Chambers said that Fianna Fáil fully backed the Bill and that she had spoken to Taoiseach Micheál Martin about the proposed legislation.

“I think we can do better and I think we should do better,” she told reporters.

Both Ms Ring and Ms McDowell’s stalkers are in prison.

The man who stalked Ms Ring, a work colleague, was sentenced to seven years in prison, with two suspended, for attempted burglary with intent to commit rape after stalking her for months.

Ms McDowell said that a man who attended her university stalked her before he broke into her home and attacked her housemate with a hammer.

He was charged with aggravated burglary and harassment and was sentenced to seven years in prison with the final two years suspended.

Ms Ring said the experience had changed her.

“It changes who you are as a person and it changes the way you view the world.”

Harassment, she said, was not a good enough definition of what happened to her and other victims.

“When you have the gardaí sitting outside your house to protect you, you can’t call that harassment.”