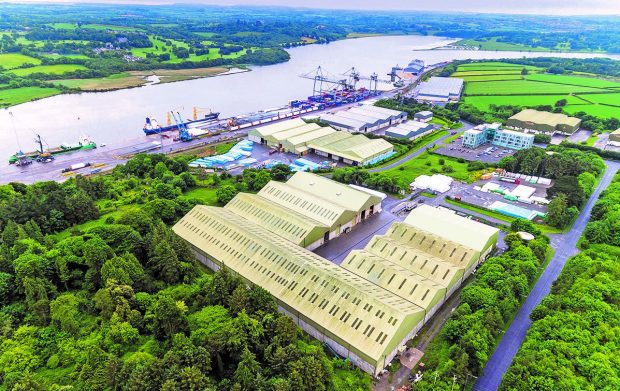 The Port of Waterford at Belview.

AT the most recent meeting of Wexford County Council, Councillors unanimously passed a motion calling on the Government to amalgamate Rosslare Europort and Belview Port in Waterford. The motion was proposed by Independent councillor Ger Carthy, who said that “in light of Brexit and other market influences, an amalgamation of the south east ports would be beneficial”

“There should be strategic investment in the ports, in particular through the purchase of additional land for the expansion of Rosslare Europort and the advance construction of the Rosslare Europort Harbour Access Road”, Cllr Carthy said. “In addition to an amalgamation of the ports structure and governance to create a Tier 1 port as a combined entity”.

Cllr Carthy also called for the combined entity to be designated as “the service port for offshore renewables in the Irish and Celtic Seas”.

The motion was supported by all of the Independent Councillor’s colleagues with Fianna Fáil councillor John Fleming lamenting the fact that Rosslare had been designated a Tier 2 port in the first place, laying blame with Tánaiste Leo Varadkar, who was Minister for Transport at the time. He said that the study didn’t include passenger numbers and that it was his belief that Rosslare could have been Tier 1.