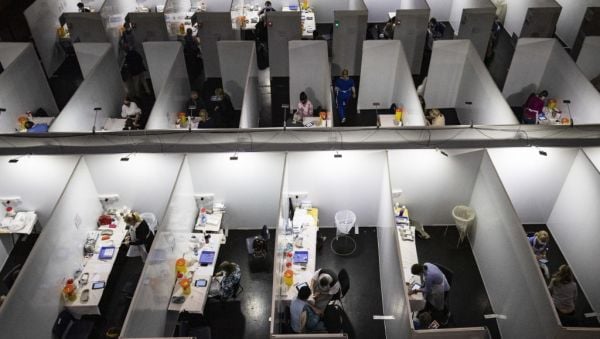 Waterford has the highest rate of Covid-19 vaccine uptake of any county in the State, according to the latest figures from the HSE.

Approximately 99.7 per cent of the adult population (over 18) in the county have received at least one dose of the vaccine as of September 15th.

On September 10th, HSE chief executive Paul Reid confirmed 92.5 per cent of adults over 18 had received at least one dose of the vaccine, while 90 per cent were fully vaccinated.

However, the HSE figures show some counties are far below national levels, particularly Monaghan and Donegal.

As of September 15th, 83.9 per cent of the over 18 population in Monaghan had received at least one dose, while the rate was 85 per cent in Donegal.

Public health officials continue to urge all those who are eligible to get vaccinated.

On Wednesday, Mr Reid confirmed 60 per cent of the 63 people being treated for Covid in intensive care were unvaccinated, 60 per cent of whom were over 50 and 40 per cent were aged between 19-49.