DARREN SKELTON: Why is everyone so angry? 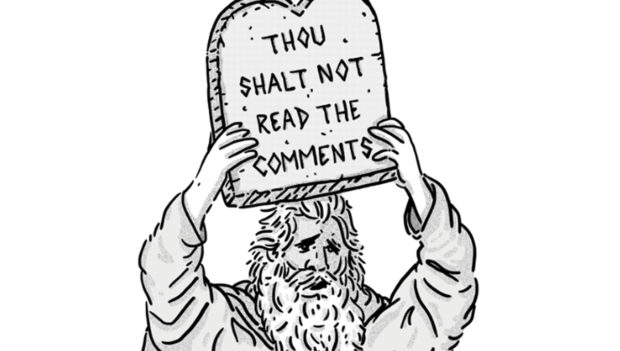 BACK in 1997, Mr Bean released his very first feature film. It wasn’t good but it did contain the first scene I remember that made me laugh out loud and then play said clip over and over until everyone around me had grown tired of it to the point of violence. The clip in question involved Bean ruining the famous painting “Whistler’s Mother” and then making it worse by drawing a cartoon face to replace poor Anna McNeill Whistler’s ruined mug. Upon discovering this mess, Gallery curator David Langley reacted in horror, screaming the immortal lines “Oh Jesus! Oh God! Oh Jesus! Mary mother Jesus of Nazareth!” The lines are delivered so hilariously that each time I hear them, I feel compelled to play them to death.

What has this got to do with anything I hear you ask? Well. The kids nowadays love an app called TikTok you see. I have the App myself, but had never posted on it, until this weekend. It started out as a way for me to see what my daughter was viewing on it, but then I got sucked into its often narcissistic, but sometimes hilarious world. Last weekend, with my daughter beside me, I announced “wouldn’t this be a good TikTok sound”. As in, wouldn’t it be funny watching other people miming along to those blasphemous words screamed in horror.” I posted it, and feared the worst.

The first reply from the first person who viewed the video was “I’m your first view and I’m not going to like the video”. I thought, okay, this is the internet, I’m used to this. The second reply was, “go and die”. Right, so the apps that our children are being exposed to, and the type of people that they’re turning them into is a column for another day – maybe next week if our Government doesn’t manage to piss me off too much before then. However, it did make me think about the way in which we engage with people, and pass ourselves on the internet.

Exhibit B, and my last piece of evidence for the prosecution, is comments on the internet. On Saturday, Irish Times columnist Jennifer O’Connell wrote a piece about how she felt our President, Michael D Higgins, was wrong to snub an invitation to an event that ultimately commemorated the partitioning of our state. She made some good points but ultimately I didn’t agree with Jennifer’s viewpoint. However, like all good opinion pieces, it gave me food for thought. Meanwhile, on the Facebook page where the column was posted, the floodgates of hate opened. Because this was a subscriber only column, I’m fairly sure that over 95% of the people who replied hadn’t actually read the column in its entirety. The headline told them all they needed to know and they left comments such as: “Dirt journalism”, “A new low from a West Brit rag”, “J O Connell, please f*** o**”, “Pi*s off you sap” etc etc. There are 297 comments in all, mainly from people who have probably never read a full column or article in their life.

The thing is though, I’m just as certain that the majority of these people are actually decent human beings… in real life. I’m sure they would stop to help an old lady cross the road or help someone in difficulty… I’m sure they’ve been raised to be decent people. However, it seems that on the internet, all bets are off and all morality and self-respect go out the window. I see in court, on a weekly basis, how when people are faced with their past actions, they are usually ashamed and regretful. Imagine if we started introducing internet comments into aggravating factors of people’s crimes. “Yes, I see you pleaded guilty early and your local councillor says you’re a decent man, but what’s this I see here. You’re telling someone to “go and die” for the crime of posting a video on the internet. Can you explain yourself please?”

The truth is, they wouldn’t be able to explain themselves. The internet moves so fast and people do not have to wait longer than a split second to express their ill-thought out opinions. Without as much as a brief consultation with their brain, they’re slapping their keyboards, writing all kinds of abuse, surely forgetting that the whole of the internet can see them. The Jennifer O’Connell column is just one example of trillions. Where people put their desire to spread hate, or get a “thumbs up” in front of the morals their parents instilled in them. You see, it’s not the “scumbags” – as we know them in society – that are behind these cowardly comments (because most of them do not spend too much time on the internet, for obvious reasons), it’s the people that stand beside us when we collect our kids from school, or when we queue up for a roll in the shop. The internet has turned outwardly decent people into ugly, nasty versions of themselves and if people don’t start thinking twice about what they do online, we could be in for a very dark future.