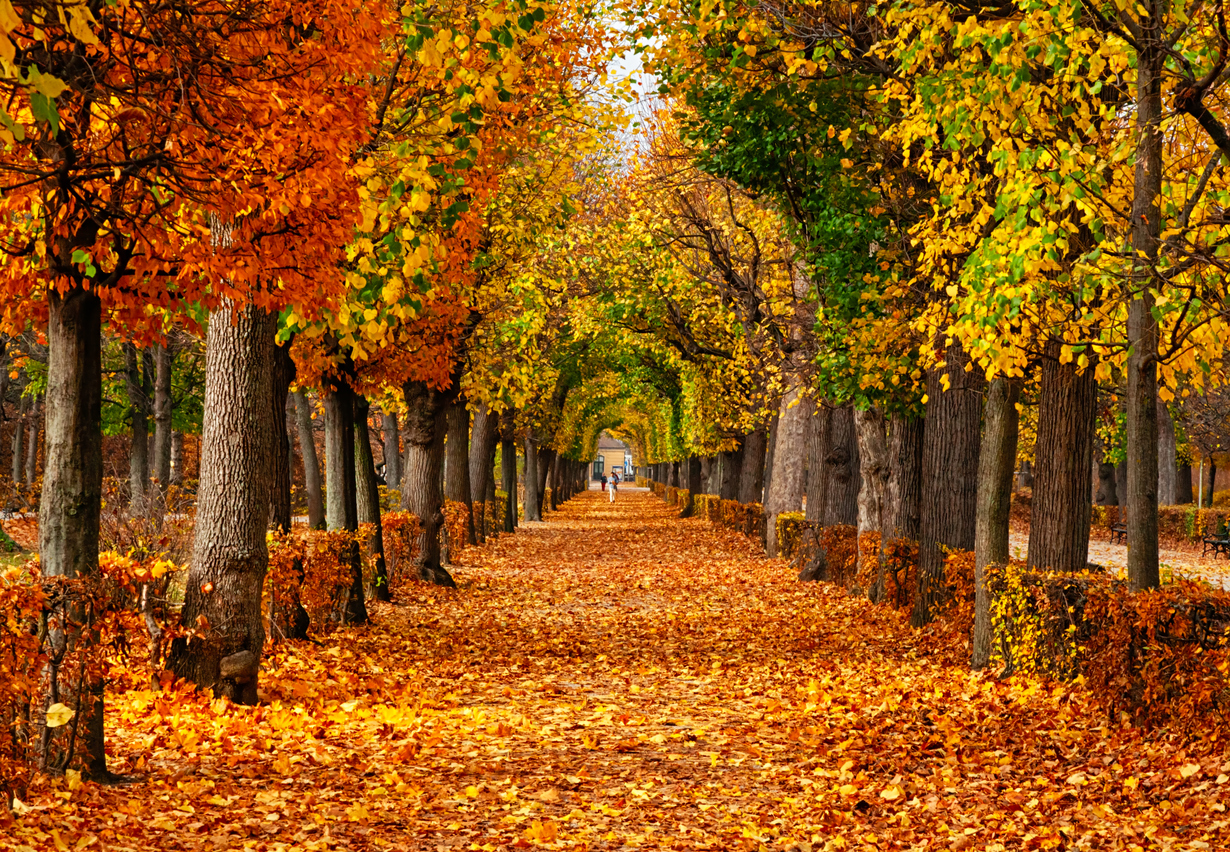 SOME of the autumn months can be the most pleasing times of the year.

October has a nice ring to it and it conjures up those lovely autumn colours associated mostly with foliage but you can add fruiting plants to the mix too, and, to a small degree, Halloween and pumpkins.

‘Harvest and use what you can from courgettes, beans and other softer vegetables’

The largest ‘Volksfest’ or ‘Folk Festival ‘ in the world began in 1810 and is held in Munich, Bavaria, Germany, and runs annually over a 16-18 day period from mid or late September until the first week of October. It was originally in celebration of the marriage of the crown prince of Bavaria but a few years later the beer companies started sponsoring the event and now it is more often known as the ‘Munich Beer Festival’.

There is a longer tradition around the world of celebrating the harvest and these were entwined within various religious denominations, all of which are commonly known as harvest festivals. Usually, samples of a wide range of produce were displayed during the celebrations and they also included singing and music, followed at the end by the community or congregation getting together and sharing some food and drink. Good harvests are very important and worth celebrating, and lately this has been extended by some food festivals held around this time of year.

Good autumn days and periods of fine weather often occur but we would like more of those days please. They are often described as ‘Indian Summers’, a term originating in North America for unseasonably warm, dry weather. Whatever the term, it is especially welcome as we do not expect it or take it for granted, and we all take advantage of the fine weather to get things done outside which gives us a huge amount of satisfaction. The bonus is to then have a quiet time sitting outside watching the sunset before retiring inside.

One bonus of warm and dry weather is that autumn colours are better and long lasting. So far, we have had an occasional good drenching rain on a single day followed by a long period of warm bright days with no wind, and the net results are good quality of developing autumn colours from our plants. Of course, North America is famous for its autumn or ‘Fall’ colours of the maples on the east coast around New Hampshire where it is a thriving tourist attraction. There are other areas across America and Canada which are very good too and, indeed, parts of our islands can have a good year now and then.

We can increase the chance or insure a better than average autumn display in our garden by planting trees and shrubs that are noted for their bright colours. The Japanese Maples are well known and suit most gardens except those exposed by high winds or coastal areas.  Shelter from wind and salt spray is a must so provide good shelter if you wish to plant any in those locations.

Other fine autumn colours are provided by some other trees like Liquidamber, Cherry, Oak, Amelanchier and Mountain Ash, while suitable shrubs include Cornus, Euonymus alatus, Rhus and Viburnum, not forgetting the wall climber ‘Boston Ivy’.

The colder temperatures will slow down plants from growing, including grass, and some plants will stop stone dead, with the leaves turning black. Harvest and use what you can from courgettes, beans and other softer vegetables but you can leave parsnips, carrots, beetroot, potatoes and Brussels sprouts in the ground and start using them when the others are finished.

Plant garlic, winter onions and spring flowering bulbs up to the end of November if you can, and this will ensure some root growth before it gets too cold. If you have any queries or comments you are welcome to share them with me on 051-384273 or [email protected] and if of general interest I will include it in a future article.