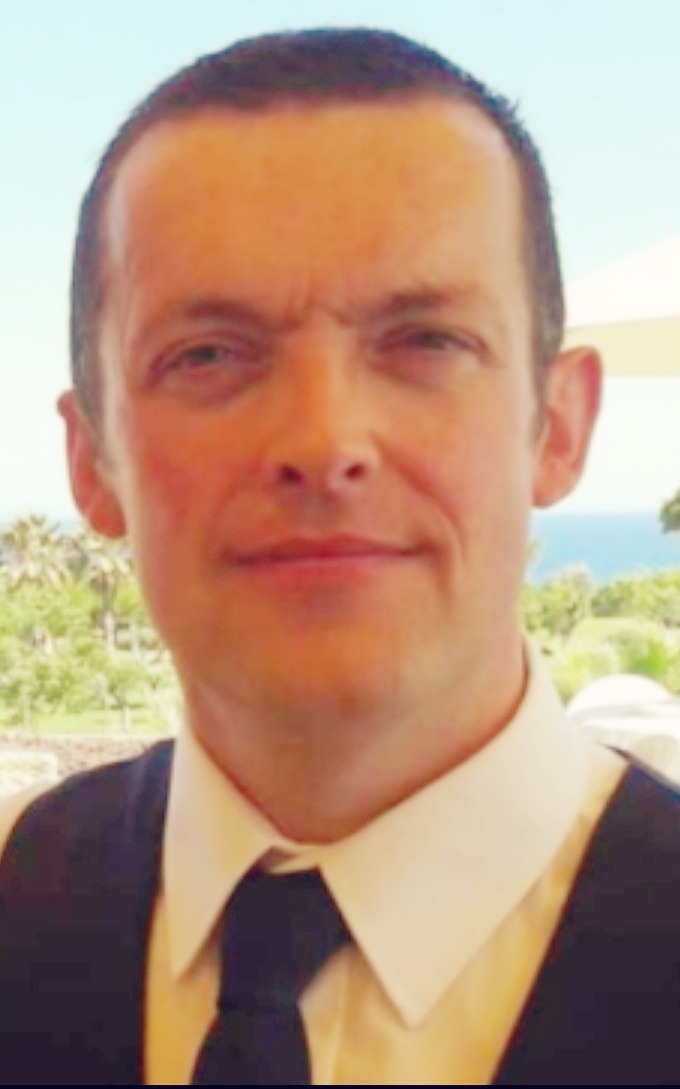 Tom Kiely, the popular Colligan clubman and former Waterford Minor and Under-21 hurler, who died on Tuesday, September 21.

A GREAT family man, a mentor and a friend to many throughout Waterford GAA, Tom Kiely’s death on September 21 came as a huge shock to the Colligan community which he was so invested in.

In a moving tribute to her husband at last Saturday’s Requiem Mass at St Gobnait’s Church in Kilgobinet, Nikki Kiely acknowledged the enormous outpouring of sympathy and support offered to her family following their devastating loss.

“This is not yesterday’s, today’s or tomorrow’s pain,” she said. “This sadness will stay with us forever. My heart is broken into a million pieces. The love I have for my sons will hopefully repair some of the pieces but my heart will never be the same again.”

Mrs Kiely continued: “The love that Tom and I had can’t be put on paper. We adored each other. We didn’t need anyone else, just the two of us with (sons) Danny and Donnacha. Tom had two real loves: his family always came first and secondly his beloved St Pat’s Under-10 and Under-11 teams. Only the parents of these children will know how Tom felt about them. They were all his little men.”

“All of us here in this parish are shocked and saddened,” he added.

Mr Kiely (of Ballyconnery, Dungarvan) was a member of the Waterford Minor Hurling team which reached the 1992 All-Ireland Final, lining out in midfield in the defeat to Galway.

Also among those wearing the white and blue that day were Derek McGrath, Paul Flynn, Ger Harris and the late Paul Foley, who scored both Déise goals that day in Croke Park.

Two years later, Tom was part of the Waterford side which claimed Munster Under-21 Hurling Championship honours when seeing off Clare by 1-12 to 0-12.

Addressing mourners, Nikki Kiely also thanked “the army of people that ran to help Tom. You will never know how grateful we are for all you did.”

Recalling Tom’s many proud moments in life, Nikki said: “His passion was GAA and wearing his county and club colours. Tom’s working career took many turns over the years, working with the Radley Engineering Group for eight years; he loved his time there and I’d like to thank them for encouraging and supporting him through college… of course, Tom finished first in his class, no real surprise there.”

Tom went on to work for Weltech Engineering and “he absolutely loved it. I would like to thank Weltech for their support and guidance… He would have been such an asset (in the future) to you.”

Nikki described her husband as “the life and soul of the party; the stories he would tell would have us all in stitches and we were all so lucky to be a part of that.”

A guard of honour assembled outside St Gobnait’s prior to Requiem Mass, including members of St Pat’s Juvenile GAA Club of Bohadoon, with whom Tom was such a popular and committed coach.

Tom Kiely was always proud to wear his club and county colours.

As the Colligan club’s tribute put it: “He has developed a fine crop of players at the minute who no doubt will go on to become great players in the years to come.”

During the Requiem Mass, Mr Kiely’s sons, Danny and Donnacha, were among those who offered Prayers of the Faithful.

The tributes made to Tom Kiely in the days following his passing were as plentiful as they were heartfelt. “I am so, so sorry to hear of Tom’s untimely death,” said Cappoquin’s Kevin McCarthy. “I remember him fondly as a student in Dungarvan CBS, as a gentleman and a really great hurler on a great Waterford minor team. My deepest sympathy to the family on your loss. It is being felt by hundreds of former students and staff at the CBS.”

Said Ray Ryan of Touraneena: “When I think of Tom now, I remember laughing a lot, and often when we shouldn’t. He had a great laugh. He was a powerful hurler and we had great shared memories with the CBS and minors. Ní bheidh a leithéid arís ann.”

Speaking to her sons, Nikki Kiely said: “Boys, this journey will be a hard and difficult one. Dad would want you both to work hard at school, go to college and everything else will fall into place… We will all just have to take a breath and think of Tom. We’re a strong family and we will get through this together. May Tom rest in peace.”

He is also survived by his brothers-in-law Diarmuid, Liam and Justin, sisters-in-law Carmel, Tracey, Sally Anne, Audrey, Louise, Rebecca, father-in-law John, neighbours, extended family, friends and all who knew him through his love of Gaelic Games. As Fr Kennedy said on Saturday last: “May the sod of Kilgobinet rest lightly upon him.”