DARREN SKELTON: The Best City…but could be so much better. 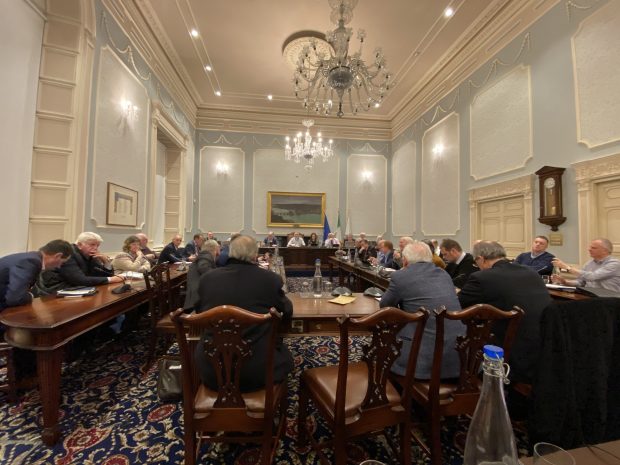 REMEMBER last week’s column, about Facebook comments and how it’s probably better that we don’t look at them? Well here are some that followed the amazing news that Waterford City was voted the best place to live in Ireland:

I could go on, but I won’t. The people who wrote these comments, the people whose immediate response to amazing news like this was to sh*t on it, they are bitter. They sit at home all day, sh*tting over as much positivity as they can, their lives must be utterly miserable. If I was King, there would be laws against this type of behaviour and the people responsible for the comments above would be lined up against a wall.

But that was last week’s column. I agree that Waterford City is one of the best, if not the best city to live in Ireland but honestly, it could be so much better. One of our biggest problems, in my humble opinion, is the fact that you rarely see any of the Council chiefs – the executive as they are known – in the city centre. In fact, I don’t think I’m mistaken by saying that none of them are actually from the city. It pains me to say that Kilkenny’s County Manager lives closer to Waterford’s city centre than our own Chief Executive. When you don’t see what improvements need to be made – day in and day out – with your own eyes, then there will never be a rush to make them happen.

I’ve said it time and time again, a lot of the problems that Waterford is facing right now are down to an underachieving council and a pool of councillors who fail to hold them to account. In the last two Metropolitan Meetings that I covered as a journalist, the Director of Services for Economic Development and Planning – the main man for our city’s economy – wasn’t present. At September’s meeting, there was nobody representing that department at all so none of the questions were answered. Councillors have been asking about the fountain in the park for the past five years or so, and it’s still fecked. It also took five years for the William Vincent Wallace Plaza to be painted, after councillors’ requests repeatedly fell on deaf ears. We are a great city, but we could be an amazing city if we had a Council that left their office (or their homes where most of them are working at this stage) and actually walked around the city. They would see paths that need replacing, shop fronts that need cleaning, buildings that need painting, and amenities that need lighting up.

We recently won a grant of over €500k but believe me, it will be wasted on Waterford because the Council won’t maintain it. We used to have lovely lights shining up at Reginald’s Tower and the City Walls but they left them turn into moss pots. It may sound like I’m just having a jolly good rant, but these are absolutely basic things.

If you go to a council meeting these days you’ll hear the councillors fighting amongst themselves over a motion that will never see the light of day. Sinn Fein are absolutely notorious for this. They introduce a motion about Palestine, something that has absolutely nothing to do with the Metropolitan District of Waterford City, and the councillors will bicker for an hour over it. Meanwhile, the executive will sit on their table, sniggering to themselves because they know that if the councillors are fighting over meaningless nonsense, then they won’t actually have to answer any questions. At last week’s meeting, a large chunk of the agenda wasn’t dealt with because the meeting had to finish at 7pm on the dot? Why I hear you ask? Because the Mayor of the Metropolitan District, Seamus Ryan, said that he couldn’t be in the same room (in City Hall), with the meeting co-ordinator for longer than two hours, for Covid reasons. Meanwhile, across the road in Katy Barry’s, there were lads having a session since 1pm that day. It’s gotten to the point where the council are now using out of date Covid restrictions to bring their meetings to a close before all matters have been dealt with.

I’m only saying all of this because I love my city and I know it can be so much better than it is now. This is nothing personal against anyone who works in the council, or any councillors for that matter. I’m just tired of councillors asking questions and executive members coming back saying “we’ll come back to you on that”, and that’s the last we ever hear of it.

With some pro-activity, matched with accountability, Waterford could truly be a great place to live.