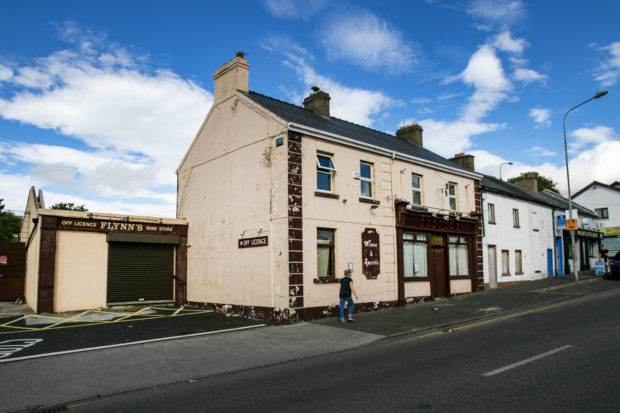 A FINAL decision to build local authority accommodation at the site of the former Flynn’s pub in Ferrybank has been deferred for a month, at the request of Waterford’s Metropolitan councillors, but Waterford Council have warned that the plan is going to be going ahead regardless.

The proposal, which will see the demolition of the existing properties on Fountain Street, includes 14 new dwellings, comprising of six two-bed duplexes, six one-beds and two one-beds to accommodate wheelchair access. It will also feature car parking for 19 spaces via Ard Mhuire. The proposal received a total of 95 submissions, which covered a number of issues, such as parking, traffic, the height of the dwellings and the privacy issues that could cause for others. A workshop for the development was held with councillors on September 14.

Speaking at the September meeting of the Metropolitan District, Sinn Fein Councillor Jim Griffin expressed concerns about the “invasiveness of the entire build on the people of Marymount”.

“A lot of concerns were raised by the residents and none of these concerns have been addressed by Waterford Council,” Cllr Griffin said. “Can the residents be heard again by the Council before we make our decision on this?”

The Council Executive, who met with residents at the start of the summer, told Cllr Griffin that the concerns raised by residents were considered.

“In response to concerns about car parking spaces, we increased the amount of spaces in the plan from 14 to 19,” said Anton Lennon from the Housing Department of Waterford City & County Council. “With regard to the height of the plan, the maximum height permitted for the building is 15 metres and this plan is 12 metres, which is just one storey higher than what Flynn’s Pub was.”

Fianna Fáil Councillor Eamon Quinlan said that if the plan was for 12 dwellings and not 14 it would “already have been approved”.

“Having discussed this proposal with the other councillors we would ask for a deferment of a month on this decision so that we can have further consultation with the residents to hopefully come to an agreement,” Cllr Quinlan said.

This deferment was supported by Cllr Griffin and also Cllr Frank Quinlan, while outgoing Green Party Councillor Susan Gallagher passed on some comments from local residents who requested that the dwellings be reduced to eight instead of 14 and the balconies, which form part of the plan, to face south instead of north.”

Fine Gael Councillor Lola O’Sullivan said that she sympathised with the residents but didn’t want to “lead them on a merry tune” of false promises.

“We don’t want to give them a glimmer of hope that we can deliver something that cannot be achieved in one month, or 10 months for that matter,” Cllr O’Sullivan said. “If there is a difference that can be made in a month then we need to be told and so do the residents.”

“If anything, my preference would be to propose a larger development there, to be perfectly honest,” Mr Grimes said. “There hasn’t been any social housing developed in Ferrybank, to the best of my knowledge, in over 10 years. You’re well entitled to defer until the October meeting but I wouldn’t like to be giving residents expectations that there’s going to be any changes. We have accommodated the additional parking and if anything, we should be providing more housing there.”

A decision on the plan has been deferred until the October Metropolitan Meeting and Housing Director Ivan Grimes ended the discussion with a final warning.

“If the Councillors want to defer the decision for a month that’s fine but I don’t want to give people unrealistic expectations that there’s much scope for change,” Mr Grimes said. “We wouldn’t get support or funding from the Department if we were to go back with a further reduction in size.”