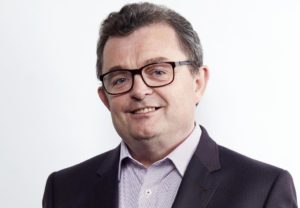 “At the beginning of last year we were looking at the difficult images from Italy with a very real possibility of our health system being overwhelmed,” Mayor Ryan said. “Although there was suffering and there was death and there was massive inconvenience, the people of Waterford doubled down their resolve across the board and in so many spheres made sure that Waterford wasn’t taken in that time in the same catastrophic way that communities around the world might have suffered.”

Mayor Ryan also praised the Council staff and all health care staff, from the people working in University Hospital Waterford to those in nursing homes throughout the city and county.

He also praised the patience and determination of people involved in sports and the arts and urged the people of Waterford to support them as much as they can in the coming months.

“A lot of the time we concentrate on what we don’t have in Waterford and what we want in Waterford but you know there’s always a time to reflect on what we do have,” Mayor Ryan said. “We’ve got an excellent community spirit right in line with that motto about the city that remained untaken by Covid, the great determination and people here to have a good place to live that’s reflected in The Irish Times picking Waterford as one of the best places to live and I’m very proud to be the Metropolitan mayor.”

And just days after that speech to his Metropolitan colleagues, Waterford was voted the best place to live in Ireland.