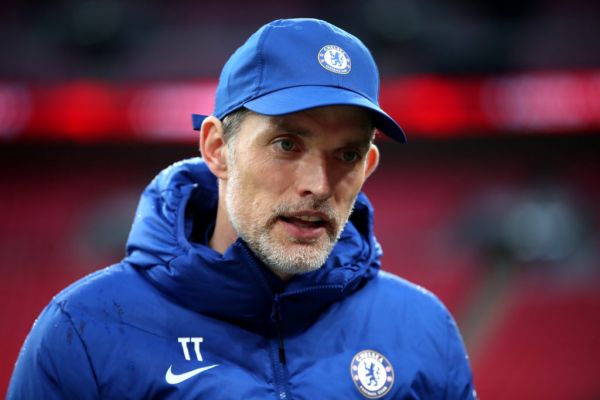 Joe Cole has backed Thomas Tuchel to ease Chelsea past their “bump in the road”.

Chelsea slumped to successive defeats for just the second time under Tuchel with Wednesday’s 1-0 Champions League loss at Juventus.

Champions League holders Chelsea will now be itching to get back to winning ways without further delay, starting with Saturday’s Stamford Bridge clash with Southampton.

And former Blues midfielder Cole believes Tuchel and company will understand the pressure, but also cope with it.

“It’s just a bump in the road – but it certainly makes the game at the weekend a huge match,” Cole told BT Sport.

“Top teams don’t go and lose three games in a row. Southampton on Saturday is a huge game now. But I have no worries about Chelsea, Thomas Tuchel will get the boys where they need to be.”

Chelsea again failed to provide the right kind of service to £98million striker Romelu Lukaku, with the Belgium star struggling to link with Kai Havertz and Hakim Ziyech.

Lukaku did blaze wide from the visitors’ best chance of the night in Turin, however, before Havertz headed over from a corner in added time.

Callum Hudson-Odoi came off the bench and added impetus, and then later insisted Tuchel’s men know exactly what to fix.

“We came with the mentality and determination to win and we gave it our best but it was not good enough,” Hudson-Odoi told Chelsea’s website. “We know that and we have to go back and reflect on it.

“There is a lot to improve on and a lot to work on. We did well in certain aspects but we can always do better.

“We were disappointed to concede a goal so quickly after the start of the second half and we reacted well, but we didn’t get the goal we should have got.”