“Everything that they have, they give” 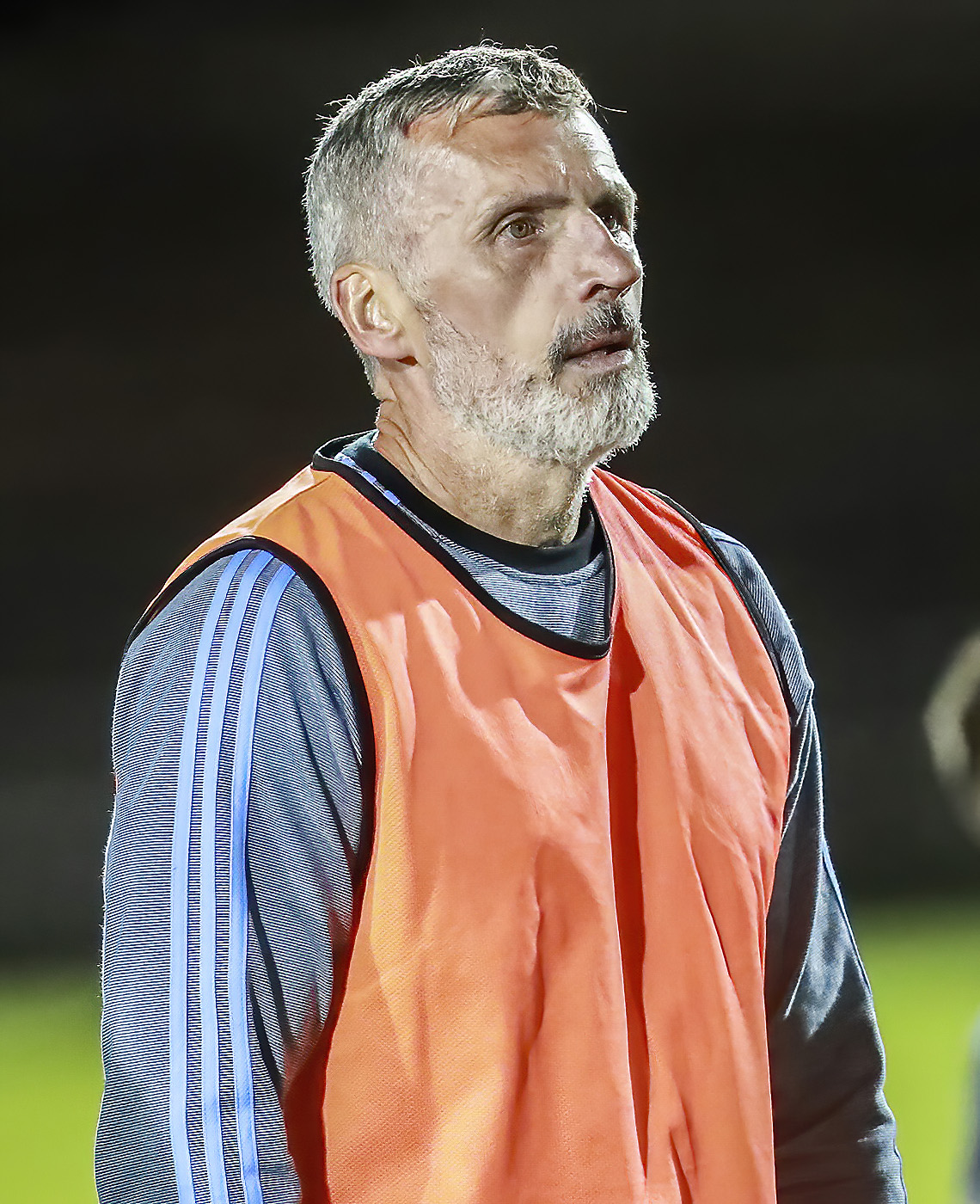 Roanmore manager Peter Queally will be leading out a team in a Co. SHC Final for the fifth time, with four different clubs. Photo: Sean Byrne.

A first county final appearance since 1990 for Roanmore was celebrated with a pitch invasion in Walsh Park last Sunday. Just like old times.
“It means an awful lot,” said a proud but hoarse manager Peter Queally. “I don’t think I’ve ever worked with a more dedicated, committed and united bunch of players. Every time we go out, they seem to give you everything. Everything that they have, they give. I’m repeating exactly what I said last Saturday night in relation to the all-round effort, fellas going and falling down with cramp with five minutes to go and only then looking around because we didn’t have someone who didn’t perform. We have good subs but we didn’t get to use them until fellas started falling down. That’s just out of pure effort and exhaustion. I can’t say enough good things about them. We’re delighted to get over the line. Similar to last week, we have to get ourselves down again and refocus on what’s going to be our biggest task yet.”

FOURTH COUNTY FINAL
This is the fourth different Waterford club that Queally has guided to a senior hurling final (Ballygunner, Passage, Abbeyside and Roanmore). “You’re a fair historian because I didn’t know that!”
How do the Sky Blues compare to the others? “It’s probably unfair to compare. Obviously, there was a huge thrill with Passage when they won their first ever county in dramatic circumstances. They’re a special bunch as well. I can’t say enough about this Roanmore bunch. It’s funny, when I took over a couple of years ago, I met the outgoing management team, who had been there for the previous four or five years. Two Roanmore lads, who did fantastic work with them, Cha O’Neill and Philip Murphy. It was amazing the vibe I got off them. They were reluctantly handing the team over. Now I know why there was such a reluctance! They knew how good they were; they knew how special they were. The proof of that is there.”
There is more to this team than just fire and brimstone according to the Ballydurn man. “Another thing that this group don’t get credit for is their hurling. I thought their hurling was superb at times, especially when the pressure came on in that last quarter. Other teams might panic but they stuck with what they were doing. We veered off from it once or twice in the third quarter where we hit balls blindly but it was a case of refocusing and trusting our hurling, which they did and it came good in the end.”
Emmet O’Toole’s second half goal was the turning point of last Sunday’s semi final. “It was a huge tonic at just the right time. The things that happened for us in the last quarter were a result of the goal and the fillip that it gave us. In a tight game and a low scoring game, it was going to hang on some little thing like that. It energised us for the last quarter.”

Roanmore players and supporters celebrate after the final whistle in their semi-final win over Dungarvan. Next up is Sunday’s Co. Final. Photo: Maurice Hennebry.