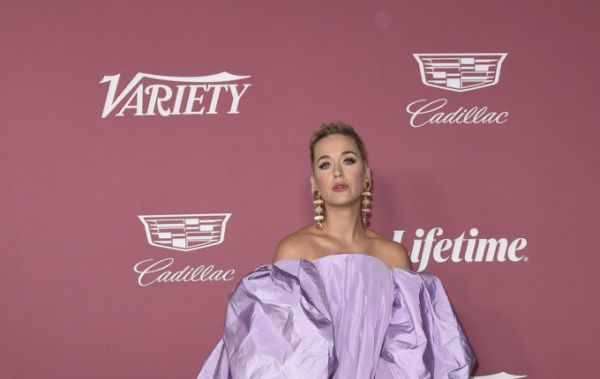 Katy Perry thanked partner Orlando Bloom for “handling the insanity of my life” as she was honoured at a ceremony celebrating women in Hollywood.

The pop singer was one of five stars honoured at Variety’s Power Of Women event, a gala held in Los Angeles and attended by stars including Angelina Jolie, Lorde and Rita Moreno.

Perry was recognised for her work with her Firework Foundation, which uses the arts to help disadvantaged communities.

She performed her song What Makes A Woman after accepting an honour from high-profile US TV journalist Gayle King.

In her speech, Perry, 36, praised her British fiance Bloom, 44, with whom she shares one-year-old daughter Daisy Dove.

Perry thanked Bloom for being “an incredible father, an example to our greatest gift ever, our daughter Daisy – a future powerful woman”.

She added: “I pledge to you to do my best to be an example of one, to never put limits on your dreams, to lead with love, never through fear, and to always be your lighthouse in any darkness.”

Perry said that “behind every great woman, there is a great man”, adding Bloom is “a friend and an ally to women all around the world”.

She said: “Thank you for handling the insanity of my life.”

Perry and Lord Of The Rings star Bloom have been dating since 2016 and after a brief separation became engaged in 2019.