“We know we’re lucky to come out of this one” 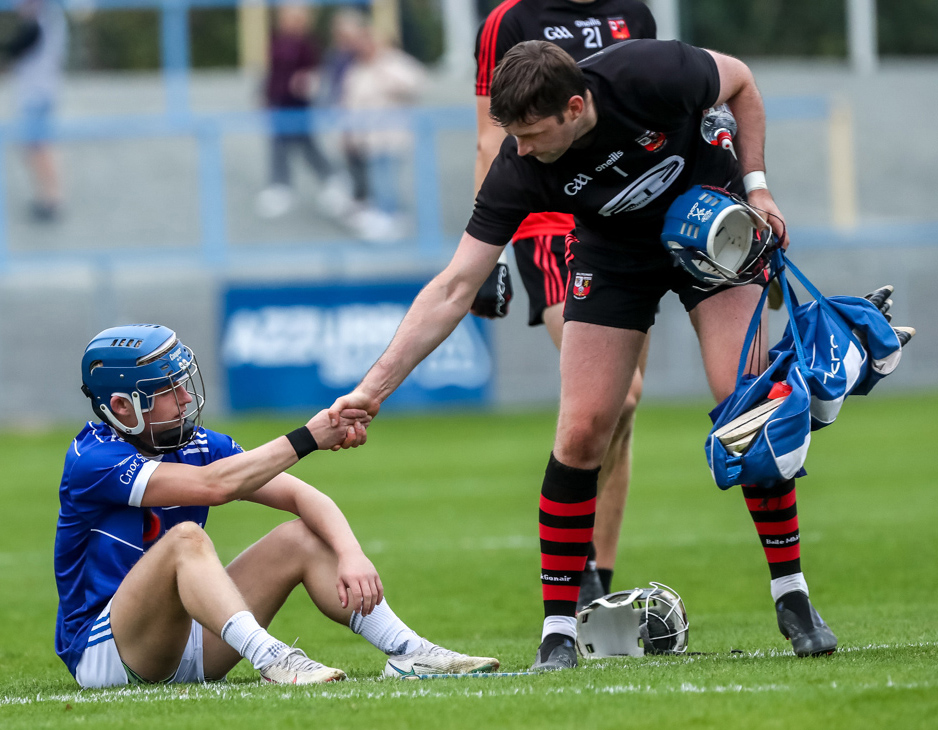 Ballygunner number one Stephen O’Keeffe announced last December that he was taking some time out from the inter county game. The enormity of that decision hit him during the championship summer.
“You definitely miss being in with the lads. I went to the Galway game and it was a strange feeling watching the lads warm up alright. I’ve been in there for ten or eleven years so watching the lads warming up when I was up in the stand was a bit surreal. On the other hand, I got the chance to be up training with my brothers and some of my best friends for the last few months which has definitely been a breath of fresh air as well. I’ve been enjoying it as much as I’ve been missing it.”
Gunners boss Darragh O’Sullivan can’t remember a mistake that O’Keeffe has made with the club. The 2017 All Star was on top of his game against Mount Sion. His first half save from Jamie Gleeson was crucial. “Luckily enough, the angle was quite tight for him in fairness. There wasn’t a lot of room for him to aim for. I had a fairly good idea that it was going to go on my left side so I held the hurley halfway up and thankfully, it wasn’t too far up or down. He knows himself, he said it to me after, ‘I should have scored that one!’ I said, ‘Hopefully, you don’t get another chance!’ It’s always nice to make a save, especially after leaving in the penalty that probably should have been saved. It wasn’t right in the corner, Aussie will be the first to say that. When you hit it so hard off the ground and it bounces, it always has a chance of going in.”

‘WE KNOW WE’RE LUCKY’
He admired Alan Kirwan’s decision to go for a goal instead of a point in injury time. “They showed real intent there, they weren’t happy with a draw. A lot of people would have said take the point but you have to respect the courage to go for a goal in that situation. That’s the fine line that really changed the match here. If that goes in the net, we’re suddenly chasing the game in injury time. Very, very fine margins. We know we’re lucky to come out of this one.”
How close was it? “It was less than a foot wide, very, very close.”
Their first one-score win in three years will stand to them. “It means a lot; it definitely means a lot. To know that when the chips are down, we do have the answers. The composure that the lads showed for the last score to go two points clear, I thought that was brilliant. The tension couldn’t have been higher. They were playing those passes to hand, they weren’t panicking, it was brilliant to watch from the goal.”
It was all about the win in the end. “It’s a good feeling to dig these out. We missed a few points that we wouldn’t be happy with and we had a goal chance as well that we normally put away. Those little things accumulated and it came down to injury time basically. I think there were four balls lobbed in at the end. A goal wins it for them and loses it for us. When the whistle went, there was a lot of relief.”