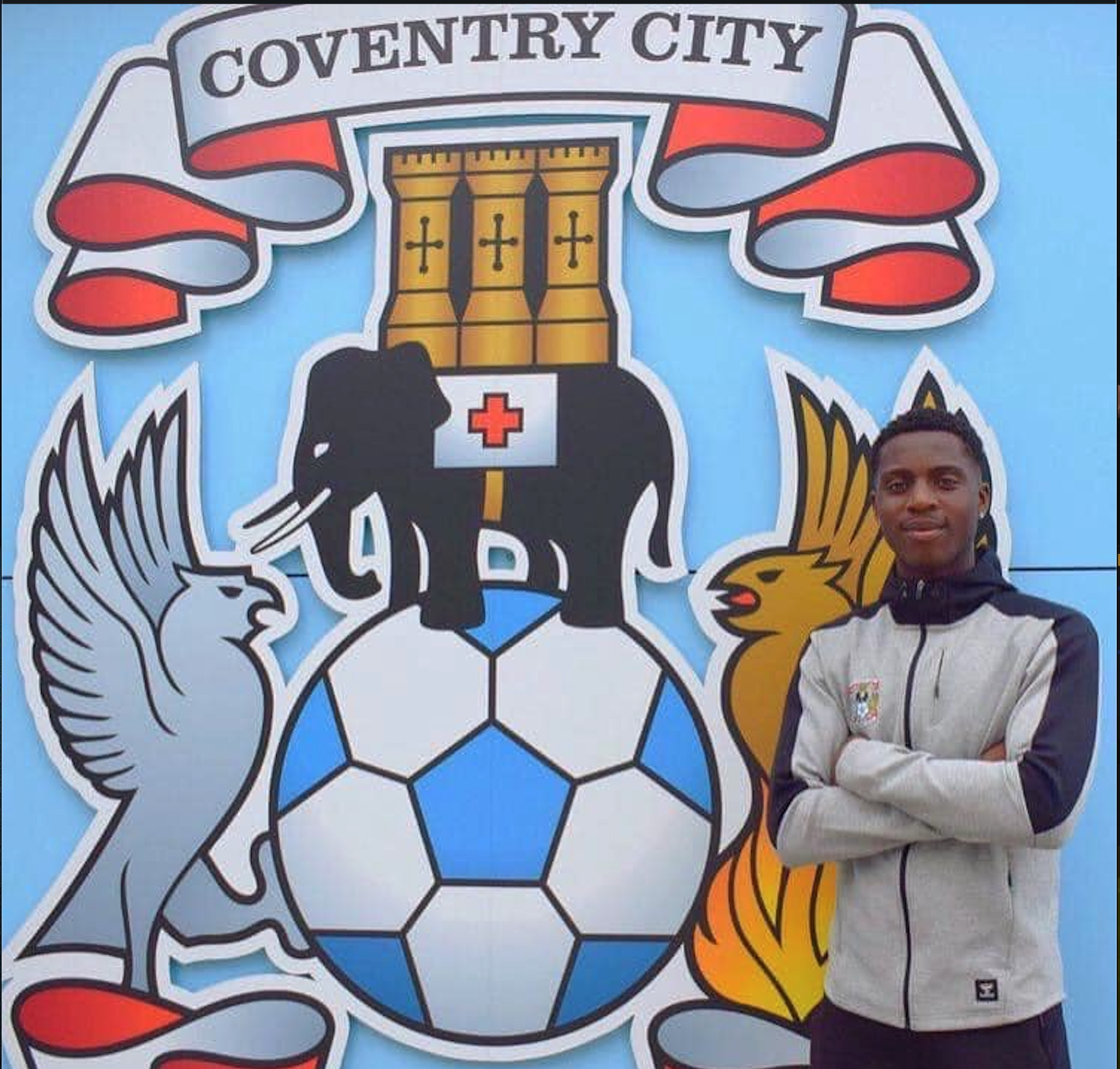 Former Southend United player, Abel Alabi, has put pen to paper on his first professional contract with EFL Championship side Coventry City in the past week where the youngster described it as a “proud moment” for him and his family.
After playing locally with Southend, the versatile defender and midfielder made a move to Waterford FC where he played for the Blues at Academy level at Under 15 and 17 level. During his time at the Blues, he was also part of the assessment trials for the Republic of Ireland Under 17 side.
He left Waterford at the end of the Under 17 campaign to re-join Southend United where he played at youth level and also lined out for their Premier League side, before a chance of a move across channel came his way with a deal signed on Wednesday.
Alabi has played on trial in a number of games for the Coventry City Under 23 side at centre back where he has made an impression at the club that produced former Waterford FC legend, the late Johnny Matthews, and he’ll be now hoping that this will be the start of his professional career.
He announced the deal on his Instagram account saying, “Proud moment to have signed my first professional deal today for me and my family. Thanking God for another year, and another blessing with many more to come.”
In a social media message of support, the Southend club said, “Everyone in Southend would like to wish our former player Abel Alabi the very best of luck as he has just signed his first professional contract with Coventry City in England.
“Abel played a lot of his underage football with us before joining Waterford FC and playing on their Under 15 and 17 teams . He signed for us pre-Covid and featured for our youths and premier side before making the journey to England. A fantastic centre half, who can play in midfield as well, we have no doubt Abel will be a massive success for his new club.”