“We don’t want any bad apples in our squad” 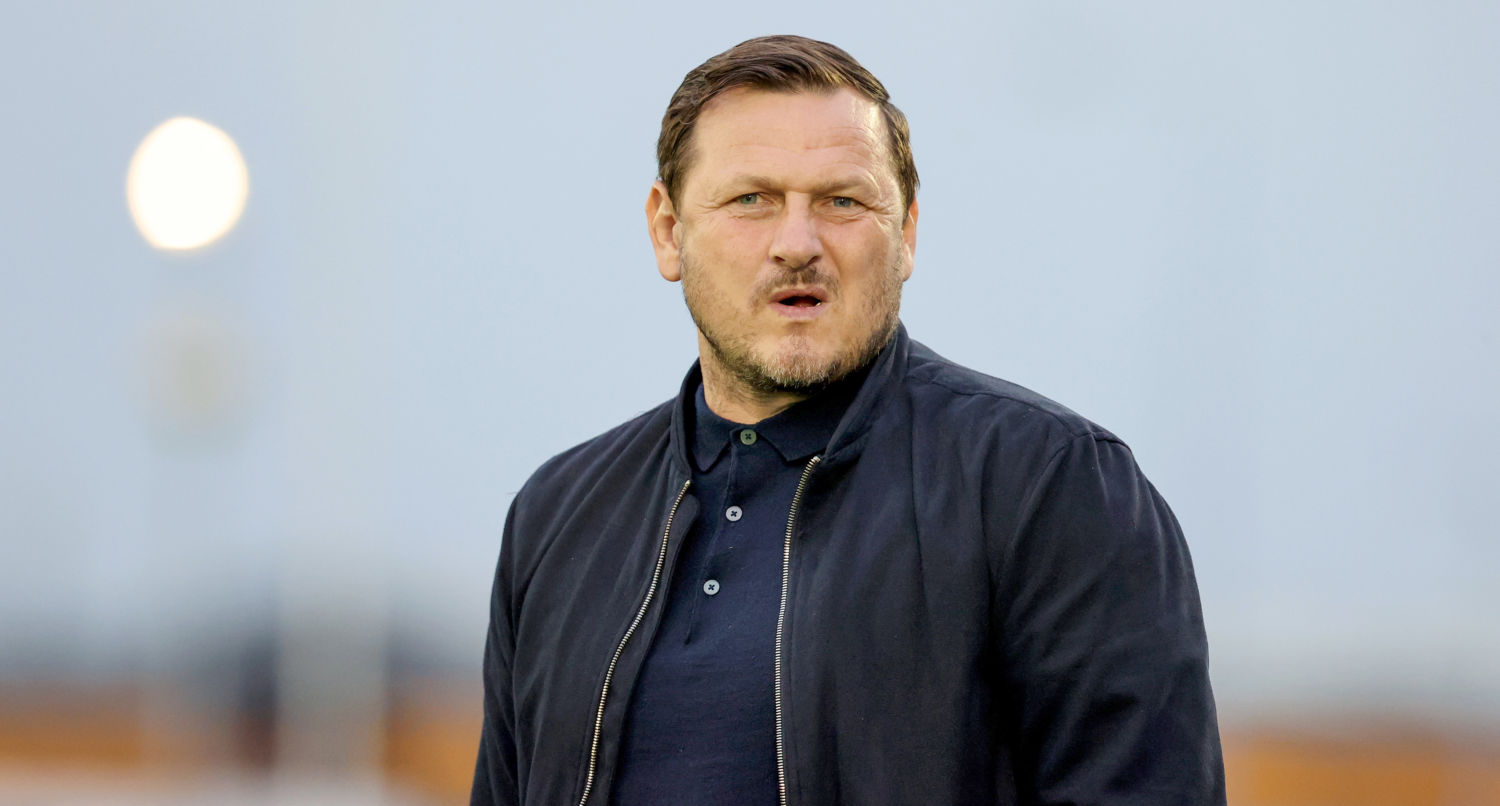 Waterford FC manager Marc Bircham (pictured above) won’t leave the “bad apples” in the squad ruin it for the others after he admitted that one player asked for his contract to be torn up in the build-up to Saturday’s 1-1 draw with Sligo Rovers in the SSE Airtricity Premier Division at the Showgrounds.
Bircham gave another frank assessment of the situation where he also acknowledged that there is a “problem” with getting academy players up to train with the squad, before applauding the players that played in the North West for the character and attitude that they’ve shown in getting a result at a tough venue.
When it was put the Blues boss after that the game that the Sligo goal shouldn’t have stood, Bircham said, “You’re teeing me up here, but yes their player has fouled Phoenix (Patterson) in our defending third. Phoenix has gotten his body in the way and the player hasn’t touched the ball.
“I think that the referee (John McLoughlin) is the only person in the whole ground that doesn’t see that it’s a free-kick. Look we should do better at the back post in clearing the ball but I just can’t believe that he hasn’t given it.
“Again we had to deal with some bad decisions from the same referee in our game against Dundalk with dealing with the rolling ball and the sending off, but that’s an easy decision for him, but I suppose it’s just one of those things.”

GREAT CHARACTER
“I think that you saw some great character from the team again. We kept going. We probably come away from here disappointed that we’ve only got a point. I think that shows the team that we are, and where we’ve come from. The Showgrounds is a hard place to come, and I’ve seen a lot of videos where they can open up teams, but other from the goal, I don’t think that they really had a shot on goal and I felt that we were always looking dangerous on the counterattack.
“I think as an away performance that’s probably our most complete away performance because we looked solid. We worked a lot on our defensive shape and it’s tough on us because we’ve got such a small squad.
“Jamal is ill and we have young (Callum) Stringer in the team, and he has only trained with us one day. That’s getting the young lads up, which is a different story and another problem that I’ve got to deal with.
“But I’m just disappointed with a couple of my players in the squad really because we have such a small squad, and we’ve got a great unity in the team but a couple of players haven’t bought into it.
“I won’t name names, but you can tell by the ones who aren’t here. We’ve only got one injury and that’s Jamal. We have one player that probably would have played today but he asked for his contract to be torn up.”

‘I DON’T WANT HIM NEAR MY SQUAD’
“I don’t want that player anywhere near my team and no I’m not going tearing his contract up but I don’t want him nowhere near the squad. We probably looked at him before and he’s not pulled his weight in the team and I just won’t have anyone like that around the squad.
“We have such a tight knit group, such a small group, that we don’t want one bad apple. There’s a couple of lads that have left the squad down because they’re not buying into it so we’ll carry on with the small squad that we’ve got. We’ve a great team spirit like you’ve seen today and they’re working hard for each other.
“It’s another point on the board, the teams around us lost, we’ve come to a very tough place and got a good point. It was a really good equalising goal for us and it’s great again to see that the things that we are working on the training ground come out in a game situation.
“We’ve worked hard with our back six really with our two midfielders to put them under intense pressure during the week to deal with it especially with their movement. I think what was great today was their talking organising and body shape.
“We had to re-organise things with John (Martin) out and Shane Griffin not fully fit. Credit to Cameron and Niall, who we switched around. We’re happy, but we’re not unhappy not to take the three points. You see the team working for each other, and that’s all you can ask for.”

“We had a chance at the end with Phoenix, and I don’t know how it’s not gone in off for their defender really, but I think that Phoenix is looking more dangerous as the weeks go on because he is getting more confidence. I think he lost a bit of confidence, but like a lot of young lads, they need a management and a club to show their faith in them. He is looking more dangerous, he is willing to learn, and he working hard.”

“It’s going to be a massive occasion for the club”