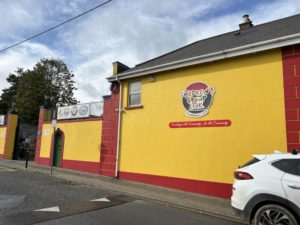 THE children’s charity, Children’s Group Link, are being investigated by Waterford Gardaí’s Vulnerable Persons Protection Unit over a historical sexual assault, alleged to have occurred a number of years ago at the group’s base on Military Road.

The charity, which is also a company limited by guarantee was founded in 1979 and according to its website is a “safe place for children, teenagers and at-risk young people to relax, enjoy, develop and express themselves in an open and secure way”.

According to the Charities Regulator, a ‘concern’ was received from a member of the public in relation to Children’s Group Link on June 10, 2021 and due to the content of the concern it was forwarded to An Garda Síochána. The Waterford News & Star understands that investigations into the charity were already ongoing at the time of this notice by the Charities Regulator. The Garda Press Office confirmed on Monday, October 4, that these investigations were still ongoing and no arrests have been made.