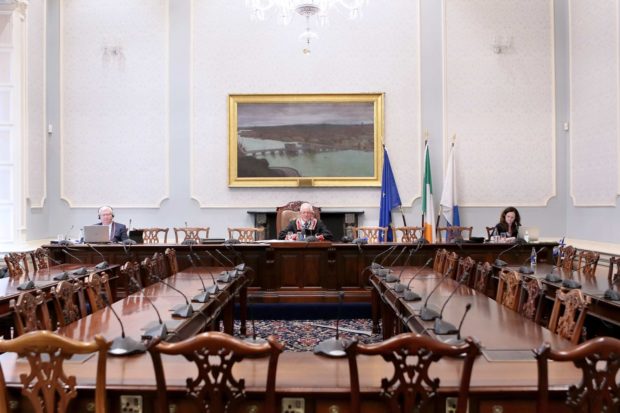 THE annual Local Authority review, by the National Oversight and Audit Commission (NOAC) has been published, with mixed results for Waterford City & County Council. The report, which was published late on Thursday (September 30) examined the performance of the State’s 31 local authorities in 2020 across 11 areas in a range of areas, including housing, homelessness, the environment and financial management.

Some of the key findings of the report include the council’s financial deficit, which is improving, from -€7.6m in 2016 to -€5.1 at the end of 2020. It’s not as bad as Sligo (-€17.4m) but it’s still the third worst performing council, financially, in the country. Unsurprisingly, Dublin’s councils are the most well off.

Waterford explained that when the separate municipal districts joined with Waterford County Council, it removed the previous insurance excess of €6,300. The Council advised that it works with IPB to mitigate against potential claims by reviewing data from the insurance company. This included the use of heat maps and then works to upgrade the area to avoid the next potential claim.

Waterford City & County Council also recorded that 100% of inspected private dwellings in 2020 were found not to be compliant with the Standards Regulations. There were no figures on inspections of council owned properties although it was noted that there are currently 5,175 dwellings in the ownership of Waterford City & County Council as of January 1, 2020, and 5,275 as of December 31, 2020. This figure compares well against most other counties. Meanwhile, in Waterford, it takes 27 weeks to re-let vacant house at average cost €11k.

With regard to public lighting, the rest of the country are doing great things for the environment with their LED lighting, for example, 89% of Monaghan’s public lighting is LED. Sadly, Waterford has the lowest percentage of public lighting at just 6.8%. However, it was noted that a LED upgrade is set to commence in 2022.

Waterford’s fire service is the third most expensive in Ireland but it’s also the fastest. In relation to fire related emergencies, Waterford had the quickest response time for full time services of 57 seconds, an improvement from 2019 when they were also the quickest at 1 minute 4 seconds. This compares to 1:36m in Louth, 1:22 in Cork and 1:28 in Dublin. Waterford also scored high (fourth in the country) in the percentage of cases in respect of fire in which first attendance at the scene was within 10 minutes.