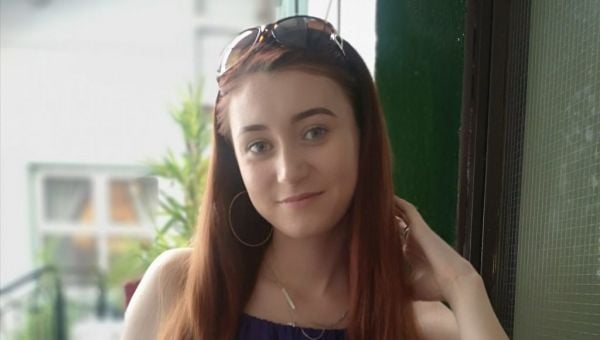 A woman who was groomed for sex when she was a teenager by a family friend – and who later waived her right to anonymity during legal proceedings – has said she hopes other victims of similar crimes will come forward after her attacker’s sentence was increased on appeal.

Aoife Lynch (22) was speaking after her attacker, Anthony Smith (45) of Rathgillen, Nobber, Co Meath, was told he would spend three years behind bars for sexual assault and sexual exploitation.

Ms Lynch was 14 when she was first targeted by Smith, a father of nine whom she used to babysit for.

But the Director of Public Prosecutions (DPP) appealed the sentence, saying it was unduly lenient.

On Monday, the Court of Appeal agreed with the DPP and overturned the sentence imposed by Judge Patrick Quinn at Trim Circuit Criminal Court on March 9th, ruling that only two years of the headline term should have been suspended.

Speaking from home after today’s ruling, Ms Lynch said she was relieved proceedings were over and that it was time to “heal and move forward”.

“This has been a period of stress and anxiety, not just for me but for those close to me,” she added.

She said she was grateful the three-court judge had agreed with the prosecutor that the original sentence had been too low, adding she hoped the appeal ruling would encourage other victims to come forward.

“I really want to spread awareness. This sort of thing happens to young people every day,” she said.

Ms Lynch also said more must be done to support victims of sexual crimes who do decide to speak out.

“They are frightened about the repercussions [of speaking out] when they should really expect justice,” Ms Lynch added.

Her father, Martin Lynch, who was in court today, added he was relieved his daughter got “her justice at last”.

President of the Court of Appeal, Mr Justice George Birmingham, said Ms Lynch had been “particularly vulnerable” to Smith’s predatory behaviour after she was targeted by school bullies.

Mr Justice Birmingham also noted how Smith had suggested Ms Lynch should start seeing his son who was the same age as her to allay any suspicions others were having about the nature of their relationship.

The original sentence, the judge added, had been “very lenient indeed”.

Carl Hanahoe BL, for the DPP, said the discount granted to the original sentence had “over-emphasised the mitigation and this compounded the undue leniency of the sentence imposed”.

He said there had been a number of inappropriate incidents between Smith and Ms Lynch, such as placing his hand under her top, and between her legs, before Smith carried out a serious sexual assault of digital penetration.

The victim, he said, had previously made it “abundantly clear” that she did not consent to digital penetration.

Smith’s predatory behaviour, Mr Hanohoe said, was encapsulated in a statement given by the victim in which she said: “Every time Tony thought he had chance when we were alone something would happen between us.”

Mr Hanahoe said the accused knew Ms Lynch was being bullied at school and, therefore, the grooming involved in this case was “particularly egregious”.

Smith, the prosecutor continued, had told his victim he was in love with her, and they would elope when she was old enough to marry.

“It was not merely youthful immaturity that was manipulated but also a vulnerability that the accused was aware of,” added Mr Hanahoe.

Smith had also sent he texts to Ms Lynch when she was at school, saying he would end his life if she ended the relationship.

By doing so, Mr Hanahoe had said that Smith had placed Ms Lynch in a role where she was providing emotional support to a grown man and “that was an invidious place to put a teenager”.

Smith’s counsel, Garnet Orange SC said there had been no “gross departure from the norm” when the original sentence was handed down.

His client, Mr Orange continued, had encountered a “kindred spirit” and the sentence was “appropriate” in a case of this type.

The discounted portion, Mr Orange added, reflected the early guilty plea and the “considerable degree of co-operation” his client provided to gardai.

Given these factors, a discount of 60 per cent “would not be hugely unusual,” said Mr Orange.

“There is nothing to suggest he was a serial predator who needed to be watched.”

Smith was a father of a “very large family who presumably want him back”, added Mr Orange.

The sentencing judge was best placed to assess the accused’s level of remorse and a deference should be given to that, he continued.

Before the judges rose to consider their ruling, Mr Hanahoe said given the disparity in ages between the accused and his victim the prosecution took exception to Mr Orange’s ‘kindred spirit’ comment.

If you have been affected by any of the issues raised in this article, you can call the national 24-hour Rape Crisis Helpline at 1800 77 8888, access text service and webchat options at drcc.ie/services/helpline, or visit Rape Crisis Help