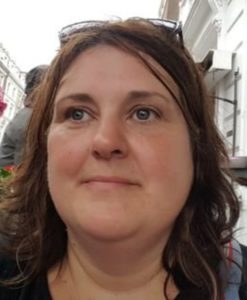 She will succeed Susan Gallagher in the role who herself replaced Laura Swift, the position’s initial co-optee following Marc Ó Cathasaigh’s election to the Dáil in February 2020.

Ms Kiely, who works as Deputy Ó Cathasaigh’s Secretarial Assistant, has been involved in the Waterford branch of the Green Party since 2014 and will maintain her secretarial role for the Waterford TD following her co-option.

“I am very happy to take on the role of Councillor on Waterford City & County Council where I will continue to work with my Green Party colleagues Marc Ó Cathasaigh TD, Grace O’Sullivan MEP and Cllr Jody Power, as well as all other councillors for the betterment of Waterford,” said Ms Kiely.

“Waterford City has just been voted the Best Place to live in Ireland and Tramore is undergoing a transformation with the regeneration of the town centre and the new public realm works. My electoral area spans ‘from the sea to the Quay’ and I look forward to working with organisations and individuals as we move towards a sustainable future for us all.”

Welcoming the news, Deputy Ó Cathasaigh stated: “Cristíona Kiely has lived out her Green principles since her time on the Greenpeace boats and prior to that, and I’m delighted to see her step into the role of councillor to bring those values and experiences to representational politics.

“Her wisdom, intellect, and unshakeable moral core, married with her positive and engaging outlook, will make her an excellent councillor for Waterford and for the Green Party.”

Ms Kiely has worked with organisations such as Greenpeace, Global Action Plan and GIY and has been an activist for the past 30 years, taking part in environment campaigns in Japan and Canada, as well as here at home.

She co-founded IrishBusinessWomen.com, an online support network for women in business, co-authored ‘Campaigns and How to Win Them – A Guide to Environmental and Social Campaigning’ and also edited GIY’s ‘Grow Cook Eat’ book.