Obituary: Stuart Walsh was a loyal and joyful friend 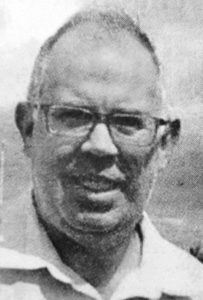 STUART Walsh’s death on August 24 came as a huge shock to those who loved him, socialised with him and came to know him through sport and business.

He was a person you only needed to meet once to have a good memory of him – and he knew many, many people through the various spheres he inhabited both professionally and personally.

Stuart (47), of Viewmount Park, who enjoyed careers in travel, property letting and insurance, was described at his Requiem Mass at St Mary’s Church in Ballygunner as a man of “wonderful dignity”.

Chief celebrant Canon Brendan Crowley (PP Emeritus, St Peter and Paul’s, Clonmel) told mourners he was struck by how so many who had offered condolences had captured the essence of Stuart Walsh.

A man “with a legion of friends,” Canon Crowley referred to tributes which described ‘Stuey’ as a character, someone who “was always smiling and joking; always cheerful; just a beautiful person; would never pass you and you’d always part, laughing and in better humour; a brilliant Dad and friend to many…

Referring to more of the tributes, Canon Crowley said they illustrated “a gentleman with a huge heart, he will be sorely missed and here’s a lovely one: God only takes the best and he surely was one.”

Canon Crowley continued: “Stuart’s death is a sad reminder to all of us how fragile our life is. But his death is also an invitation to us to be thankful for what life gives us, a moment to refocus our lives in prayer to what really matters.”

With her brother Tadgh by her side, Stuart’s daughter Ava said: “My Dad ‘Stuey’, the most wonderful person in the world; he helped care for both me and Tadhg and has given us the most love that anyone could ever ask for. No matter what we wanted to do or where we wanted to go, he would always bring us with the exception of when he put petrol into the diesel car – not once but twice. We had the best times with him and we will remember them forever. Dad always told us to make great memories. He has been loved by everyone and we will miss him dearly.”

Eulogising his friend, Colin Ferguson said: “Stuey was a mixture of such wonderful traits; unassuming yet larger than life; kind, caring and someone who knew how to light up a room. He had no airs or graces and he treated everyone with the same respect. The huge crowd and the many messages over the last few days bear testament to this (and) he was always at his happiest when surrounded by his family.”

Similarly, Richard Boland also spoke with great affection for Stuart, who he said “had many friends, many best friends.”

The fulsome tributes offered by friends, colleagues and acquaintances struck a similar chord and demonstrated the warmth of the impact Stuart made on those who came to know him.

“Sincere sympathy to Stuart’s family on his sad passing,” stated Ballygunner Hurling Club. “Stuart will be dearly missed by everyone in Ballygunner. We will especially miss the broad smile and wonderful sense of humour with which he greeted us on Saturday mornings. Full of life and fun, Stuart really touched the lives of everyone he met.”

Waterpark RFC referred to Stuart’s “presence and good humour” with the black and red of both clubs presented by his children as symbols of his love for sport, along with the Liverpool colours.

Wrote Bridget Haberlin: “He always had the craic and made me laugh and smile. He sparked pure joy wherever he went. He was full of life and fun and I’d genuinely laugh out loud in his company.”

Jess Hayes said that Stuart had “smile for everyone and (was) a laugh a minute in work” while Michael and Áine Frost described him as “a delightful character and genuine person”.

Alan Ryan stated: Rest easy Stuey – what good times we had together. A gentleman with the warmest heart, a great sense of humour and most of all a devoted father to Ava and Tadgh who meant the world to him. I’ve never met a man who was so easy to get along with and who everybody loved being in his company. We will miss you dearly.”

Canon Crowley was joined in the celebration of Stuart’s Requiem Mass by Fathers Liam Power PP and Raymond Liddane, while Valerie Leahy was the soloist at St Mary’s. Burial took place in the adjoining cemetery.

Stuart Walsh, predeceased by his father Tim, is survived by his children Ava and Tadgh, his mother Carmel, siblings Carmel and Natalie, his extended family, along with his friends, neighbours and colleagues. May he Rest In Peace.