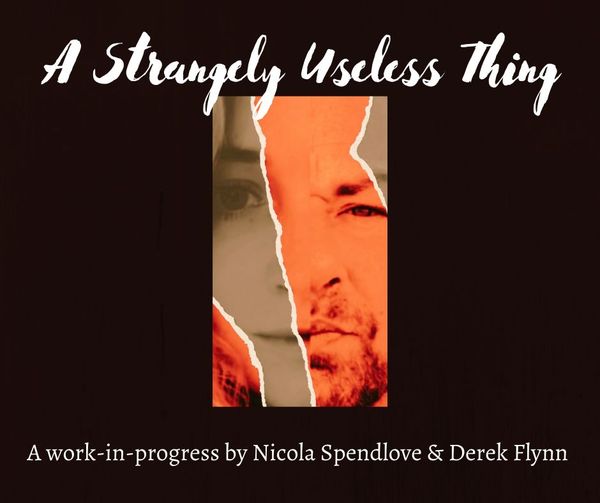 WRITING isn’t easy. People frequently have the idea that writing is a little hobby that wordsmiths perform with a quill in a leaking attic. In their spare time. When they have nothing better to do.

In reality, writing is as tough a gig as it gets. For novelists, it’s a ten-thousand word-a-day toil where most of the word-count gets dumped on the floor like Monday’s washing. For poets, the process is even tougher. Seamus Heaney compares the writing of a poem to the hard graft and ‘grunts’ of a blacksmith as he “beats real iron out and works the bellows”. Ideas never come easily, lie in the subconscious and frequently lead to nothing like the “old axles and iron hoops rusting” that hang about Heaney’s ‘Forge’, while searching for that “unpredictable fantail of sparks or hiss when a new shoe toughens in water”.

And there are drawers full of plays, novels, poems, sonatas, paintings and even the opening chapter of a major thesis that never gets to see the light of day. Writing, performing, painting, composing takes courage because performance or exhibition opens the creator to the possibility of withering criticism.

I’ve lost count of the number of times punters have approached me – especially at a modern art exhibition – for my opinion on a painting having added their own penetrating tuppence-ha’penny-worth of “welllll… I think it’s a load of rubbish… if you ask me, now”. I kindly direct them to the next edition of the Green Room in Waterford’s premier newspaper the N&S!

Enter Garter Lane 2 with an imaginative and creative initiative that assists writers in the creation of new work. Waterford actor Nick Kavanagh is a warm and friendly host for Garter Lane’s ‘A Little Room’ workshop-space in a dedicated Theatre Development Centre for Waterford. Its intention is to host monthly residencies and showings of theatrical works-in-progress.

Tramore-based actors and writers Derek Flynn and Nicola Spendlove are power-houses of creativity cois trá. Creative writing classes, drama classes and workshops, theatre school and poetry readings – very often in the most convivial of surroundings. And here they are; workshopping a play before a Covid-small audience of similar-minded writer/performers and inviting and welcoming questions and comments on their play-in-the-pot.

Derek Flynn explains the background. In 1973, the poet Robert Lowell published ‘The Dolphin’ and – as the New Yorker puts it – “gave rise to a scandal about the ethics of turning life into art”.

After separating from his wife Elizabeth Hardwick in 1970, Lowell set about writing a series of poems that borrowed heavily from Hardwick’s letters and conversations (without her permission) on the subject of their marital breakdown. The subsequent book caused quite a stir amongst Lowell’s friends and critics alike. The poet Adrienne Rich called the poems “cruel and shallow”. One of his closest friends – the poet Elizabeth Bishop – tried to persuade him not to publish the poems, saying simply: “Art just isn’t worth that much”. Well, whadayaknow. Didn’t ‘The Dolphin’ only go and win the Pulitzer Prize for Poetry in 1974.

A new work-in-progress, ‘A Strangely Useless Thing’, takes its inspiration from the story of Lowell and Hardwick. “A relationship between two writers,” explains Derek, “one aspiring, one established – develops beyond the platonic.” The question Nicola poses is: “who is using who?”

The play may be a work-in-progress but the actors are polished, professional and precise. Derek Flynn is as professional and objective as writers come; Nicola Spendlove emits layers of emotional complexity that makes conflict between the pair inevitable. Ciara O’Connor is a caustic seen-it-all-before-dahhhling wife who knows only too well what’s afoot between writer and protégé, while Kieran Walsh is suitably handsome and shallow as a bring-along-boyfriend. The dialogue sparkles and is studded with one-liners that bring guffaws from the attendance.

Nick Kavanagh hosts an excellent Q&A that follows the reading with informed and teasing probes that follow the writing process and the development of the characters in an atmosphere that is warm and receptive in what turns out to be a first-class hour’s entertainment.

Derek Flynn and Nicola Spendlove’s ‘A Strangely Useless Thing’ has a lot to offer as a piece of theatre. After all, you just can’t beat good writing.