DARREN SKELTON: How to mend a broken life 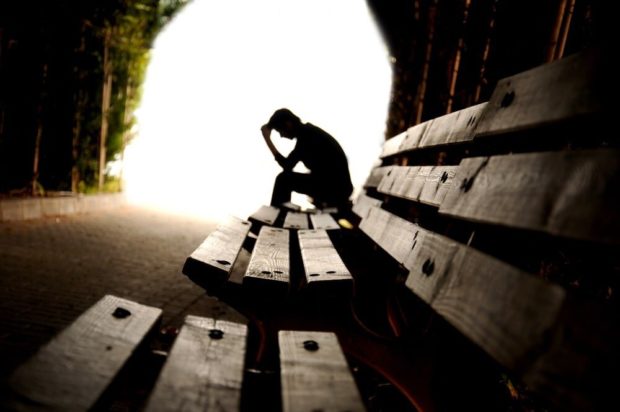 The View from the Blue, from The Waterford News & Star, October 11 Edition

I RECEIVED a Facebook message last week and I’ve been trying, unsuccessfully, to come up with an appropriate reply. It related to suicide, and particularly five men that this girl knew, all of whom had taken their own lives for reasons she couldn’t understand. One man was recently married, money in the bank, a good career and a new house under his feet. Yet, none of that mattered. Here’s a part of her message: “Every few weeks there’s another story of ‘a young fella up the road’ or ‘so and so had everything going for them’. What is happening and what can we do? I’m thinking we need to get to the root of the problem, start an education programme in schools or have better services in schools regarding mental health. Men and boys seem to be more resistant to getting help and the only way to dismantle that mindset is to talk to them early.”

There is one thing we know for sure, whatever is being done now, is not working. We can’t tell people that, “it’s good to talk” and expect that to do the trick. There are far too many platitudes around mental health and this girl is right, something new, and probably radical, has to happen.

I’m always asking my daughter if there’s anything that she wants to talk about, and inevitably the answer is almost always “no”. Maybe she actually doesn’t have anything to talk about, or maybe she just doesn’t want to talk to her Dad, but Jesus, when I see the world that she’s growing up in, I’m genuinely terrified for her mental health.

The internet of course, is a huge problem. It’s become impossible, for me anyway, to deny my daughter the things that all of her friends have, for example, a tablet. I’m starting to believe that it’s like handing a child a loaded gun. Take TikTok for example. If you’re not familiar with it, it’s a social media app that allows people make their own video content with music and filters and all sorts. I downloaded it so I could keep track of what my daughter sees – something that has actually become impossible to keep track of. Anyway, like Instagram, TikTok is creating a world of voyeurs, with every new video creating an expectation that’s impossible to meet. I see girls as young as 12 (and probably younger) wearing skimpy outfits and doing their best to show as much flesh as the app allows – because that’s how you get those all-important views. For another 12-year-old girl watching this – who doesn’t have a figure that guarantees a million likes – there’s your first bullet towards depression. The same, of course, is true of men, but we all know that the demand for male bodies isn’t even close to that for the female. As soon as the world became obsessed with likes, shares, subscriptions, etc, mental health did a nose dive.

I barely post on Facebook or Instagram these days because I don’t know what to say and I’m afraid of what people will think – in equal measures. As weird as it is to say – for someone who writes for a newspaper and argues with Joe Duffy on national radio – I try my best to keep the head down. In 2021, though, that’s just your run of the mill anxiety. I have no doubt that every single person reading this probably feels the same way.

So how do we turn the tide? What can we say to people, even at the youngest possible age, to make them understand that there is no such thing as perfect. Children are growing up now watching boys and girls their own age showing off on social media. The pressure on them to look a certain way, or be good at a certain sport, or have a certain amount of popularity, is just overwhelming. Remember that song, “I’d like to teach the world to sing, in perfect harmony”? I’d love to teach the world – with me in it – to accept who we are, warts and all. It seems like an impossible ask though, doesn’t it?

Going back to the original question, I don’t know how we can make people think twice about ending their own lives. Maybe, a good start would be asking suicide survivors to tell their story. Why did you do it and how do you feel now? When someone is standing in the middle of their darkest moment, there’s probably no amount of intervention that can stop them, but it’s about reaching them before it gets too dark. It’s about letting them know that, regardless of what’s wrong, or what they did wrong, there is always a chance of redemption.