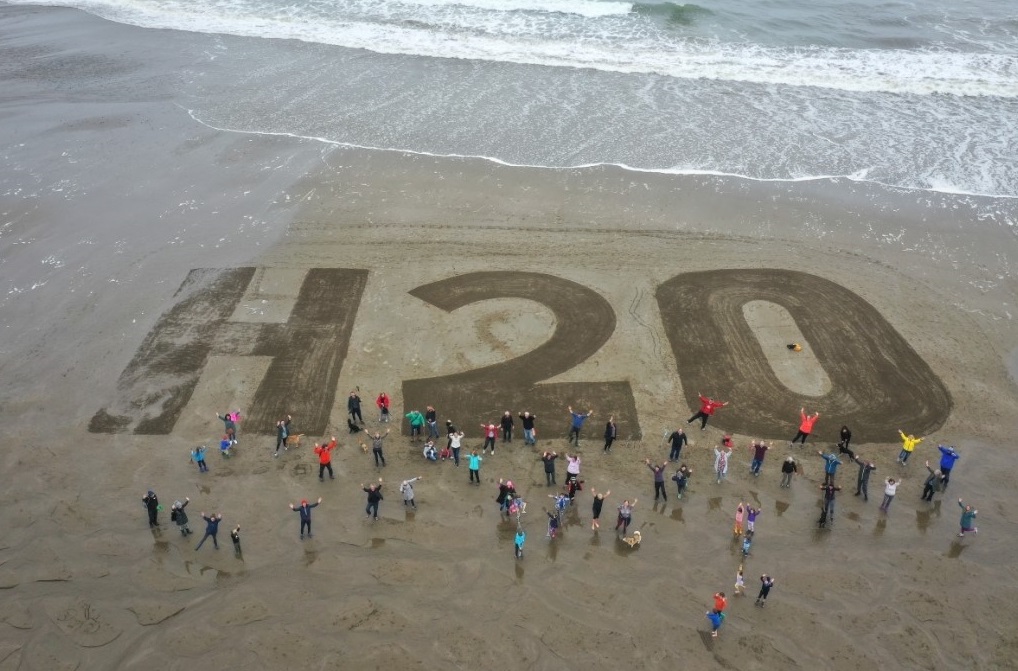 The sand art created on Saturday morning last in Bonmahon.

OVER 60 residents from the Bonmahon area, despite the poor weather, took to the beach on Saturday last to highlight the locality’s ‘antiquated’ public waste water treatment system.

At an event which was attended by Minister of State Mary Butler (FF), Comeragh District Councillor Seanie Power (FG) and Dungarvan/Lismore Cllr Conor McGuinness (SF), residents called for an urgent upgrade of their public water system.

Among them was Jamie Power, an engineer and a member of Bonmahon’s Water Quality Initiative, whose family also joined him at the event.

“The systems are simply not capable of catering for the additional loadings which have been added to them over the past 50 years since the tanks were first installed,” he said. “As a result, the water quality issues of Bonmahon need to be addressed now as a priority.”

Mr Power continued: “The Bonmahon area itself has seen considerable investment, both public and private in recent years. As a coastal community whose businesses are predominantly dependent on tourism and aquaculture, we feel that water quality needs to be to the forefront with regards progressive minded planning, and advancing future development in the area.”

The attending public representatives all expressed their respective interests in further highlighting the issues put to them by Mr Power and the other residents who took to the beach.

The group has sought feedback from Waterford City & County Council, Irish Water, the Environmental Protection Agency (EPA) and An Taisce when it comes to the delivery of a fit for purpose waste water treatment plant for the area.

As part of this effort, a petition which was signed by over 650 residents, had been submitted to the Council as part of a group submission to the new County Development Plan, which is still being drafted.

This submission requested an upgraded sewage treatment plant for the locality given that all of the current public group systems serving Bonmahon are designated as being “at capacity”. 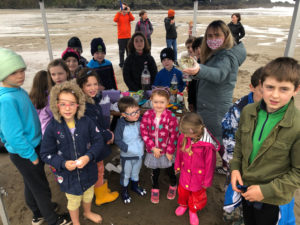 Local school children are also involved in the campaign.

The participants were encouraged to draw ‘H2O’ in the sand and then circle the design in order to demonstrate how serious the community is about protecting – and improving – the water quality in the area.

Local children are at the forefront of the campaign, organisers stressed, to help “develop their understanding of the importance of upgrading the water treatment systems to their local environment”. The initiative was supported by both local primary schools, with teachers and students attending in great numbers.

Local resident and primary school teacher, Catherine Whelan facilitated a filtration experiment as an interactive demonstration with the children.

During this experiment, Ms Whelan explained how polluted water can be effectively cleaned. The young participants acknowledged how this could be replicated when it comes to water entering the River Mahon estuary.