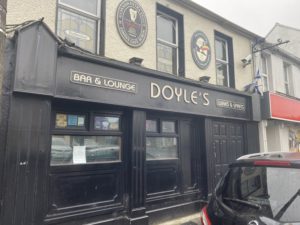 The location of the proposed four-storey apartment block which has been refused by Waterford City & County Council.

In refusing permission, the planners took the location and scale of the development into consideration and decided that the proposal as submitted would result in “overlooking and loss of privacy”, which they said would constitute an “over-dominating presence in relation to the adjoining property”.

They also noted that the development and proposed location of windows would “seriously impede the development potential of adjoining sites”. There were also a number of issues relating to the design and size of the proposed apartments as well as insufficient information provided as to the water supply of the complex.

Ultimately, the planners felt that the proposal, which received a number of submissions and objections from local residents, would have an “over-dominating presence” in the area and would “seriously injure the amenities of the area and property on either side by reason of visual obtrusiveness, overshadowing, overlooking and loss of privacy”.