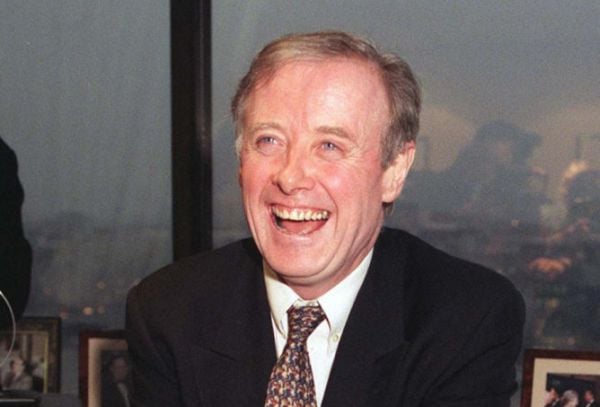 Mr Robinson was born in Dunfanaghy in 1948 but left Ireland in his teens to head for England with his family.

The father of four, who was married to Lady Heather Robinson, spent a large part of his life in England working with Matchbox Toys and Coca-Cola. He became the CEO of Granada Television in 1991.

Mr Robinson fronted the BBC’s ‘I’ll Show Them Who’s Boss’ in 2004 where he went into struggling businesses to try to turn them around by advice and mentoring.

In January 2007 following a similar format, he presented a three-part series, ‘Can Gerry Robinson Fix the NHS?’ as he attempted to reduce waiting lists at Rotherham General Hospital.

He was knighted in the Queen of England’s 2004 New Year Honours List.

Robinson returned to his beloved Donegal in 1996 after he acquired Oakfield House in Raphoe which he completely transformed.

He is survived by his wife Heather and children Samantha, Richard, April and Tim.