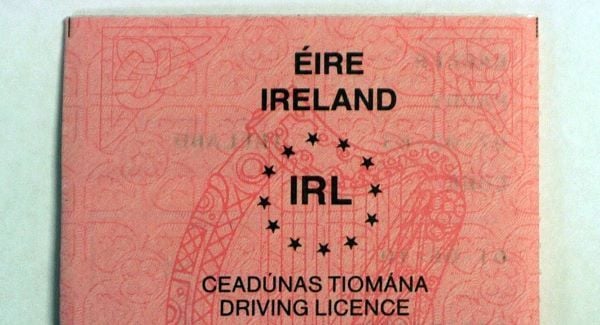 A South African lorry driver and his partner claim the National Driving Licence Service (NDLS) is discriminating against them by refusing to exchange their home country driving licences for the Irish document.

The couple came here in September 2019 seeking asylum and their application for international protection has yet to be processed.

However, under recent law changes allowing asylum seekers to work after a number of months, they applied to exchange their South African licences but were refused on the basis they did not have a valid residence permit.

They brought High Court proceedings against the NDLS, the Minister for Transport Tourism and Sport, and the State, claiming they were being discriminated against the NDLS.

The NDLS, which is run by the Road Safety Authority (RSA), said the residency requirement for a licence is required in order to give effect to an EU driver licence directive. It denies there is any unlawful discrimination.

They argue that the RSA, on behalf of the NDLS, has wrongly interpreted the 2006 Road Traffic Act (Licensing of Drivers) Regulations by saying the couple have some higher form of residency requirement than any other resident of the country.

The case is a lead case for a number of similar cases. The Irish Human Rights and Equality Commission is an amicus curiae (assistant to the court) in the case and argued in support of the couple.

Michael Lynn SC, for the couple who are long term partners with a 10-year-old son, said the man had worked as a delivery driver and hydraulics train driver in South Africa and wishes to do haulage work here for which there is a particular demand at the moment. His South African licence expires in September next year.

His partner worked in retail and needs to drive to get to similar work here and to take their child to school which is some distance from where she lives. Her South African licence expired in April last year.

If the RSA is correctly applying the law, and his side say they are not, then there is unlawful discrimination against people in different situations and no justification for not exchanging the licences. It was “as plain as a pikestaff” that their normal residence is Ireland and there was no basis for the RSA to find otherwise, he said.

If the court holds the RSA is right in its interpretation, then it was their case that they are being discriminated against on the basis of the fact they are applying for international protection. That is a breach of their fundamental, constitutional and European Convention rights, he said.

Among the reliefs they seek is that the requirement of a having Garda National Immigration Bureau card or Irish residence permit as a prerequisite to all asylum seekers is unlawful and unconstitutional.

In its statement of opposition, the NDLS denies, among other things, the couple have normal residence here for the purpose of the 2006 regulations.

It denies it has erred in law or that its interpretation of the regulations is unlawful or that the treatment of the couple is discriminatory and in breach of their various rights.

It is also denied their right to earn a livelihood is breached and it says it is permissible under law to refuse a licence on the basis of their application for asylum.