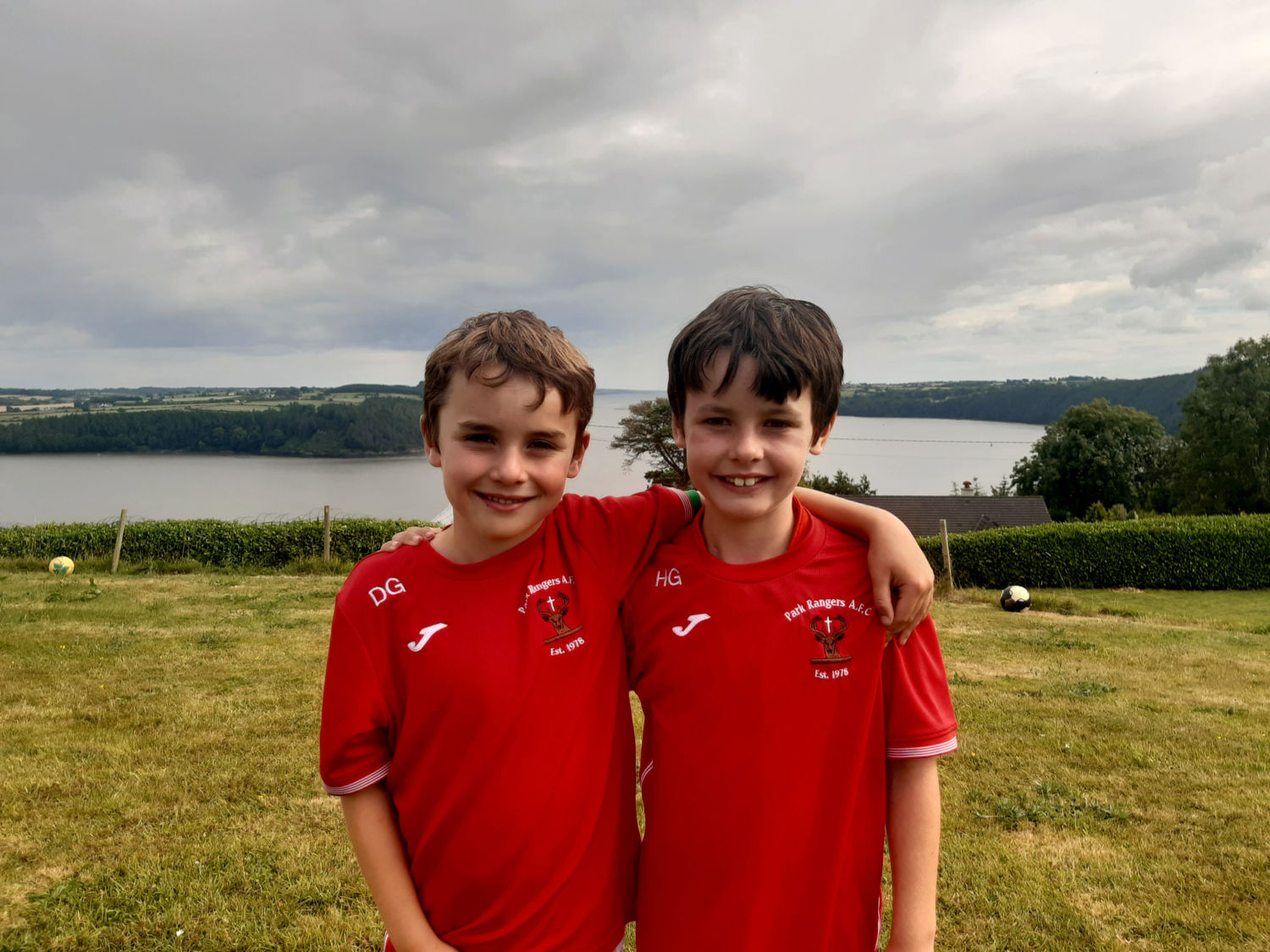 This is the story of Harry Gunnip – our incredibly brave, funny, kind and sports mad son!
In October 2018 our world was turned upside-down when Harry, who was just five at the time, was diagnosed with ALL = Acute Lymphoblastic Lymphoma.
ALL is a childhood cancer that affects about 30 kids in Ireland every year. He was diagnosed here in Waterford by the excellent team in UHW and quickly transferred to the extraordinary Haem/Onc Team in St. John’s Ward at CHI Crumlin. Suddenly life changed for our family. Long spells in hospital in Waterford and Crumlin, away from his twin brother Danny were tough for Harry. There were too many needles, daily chemotherapy, chest tubes, nasal tubes, and multiple theatre trips.
ALL took so much from him, friends, family, football, school, swimming, and all the adventures the two boys loved to do together. There were tough days, but we all tried to focus on the better days ahead. 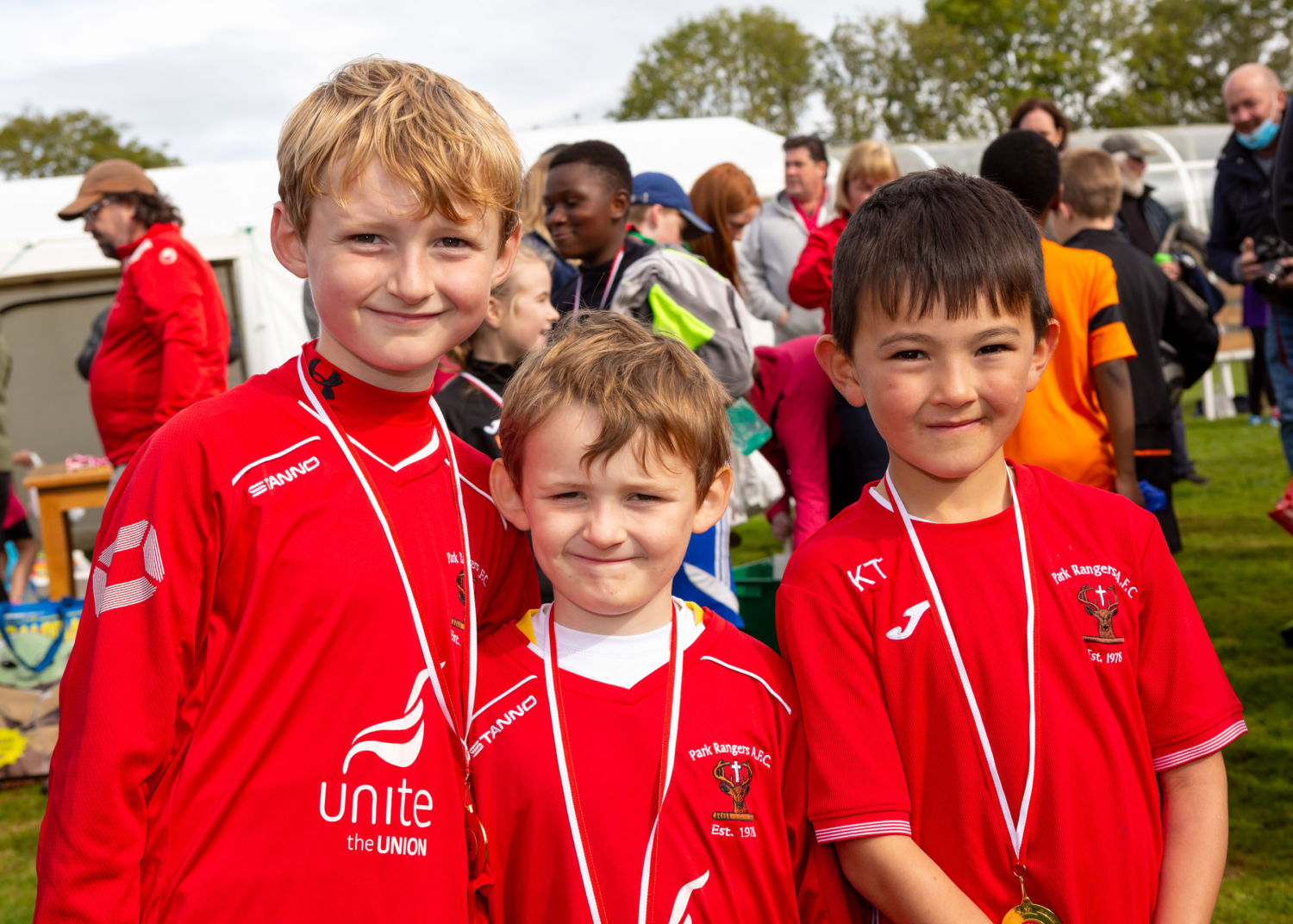 One of those bright days was when he returned to football, under the watchful eye of his Dad/Coach Dean, Decky and the other coaches at Park Rangers. It was a real turning point for Harry, a return to his brother Danny’s side on the pitch. He just had this drive to simply be “the same” as everyone else. After about a three second stare at his beautiful bald head and his tubes the other kids just passed the ball to him and got on with the game.
We have been blessed with the care and attention that Harry has received along his journey, which we will hopefully conclude in January 2022. Much of his success is down to remaining active, being positive and staying connected to friends, activities, and community. Today it’s a matter of trying to keep up with these two busy lads between hurling for Passage, Gaelic Football in Gaultier and Golf every Saturday at Faithlegg with Derry Kiely. 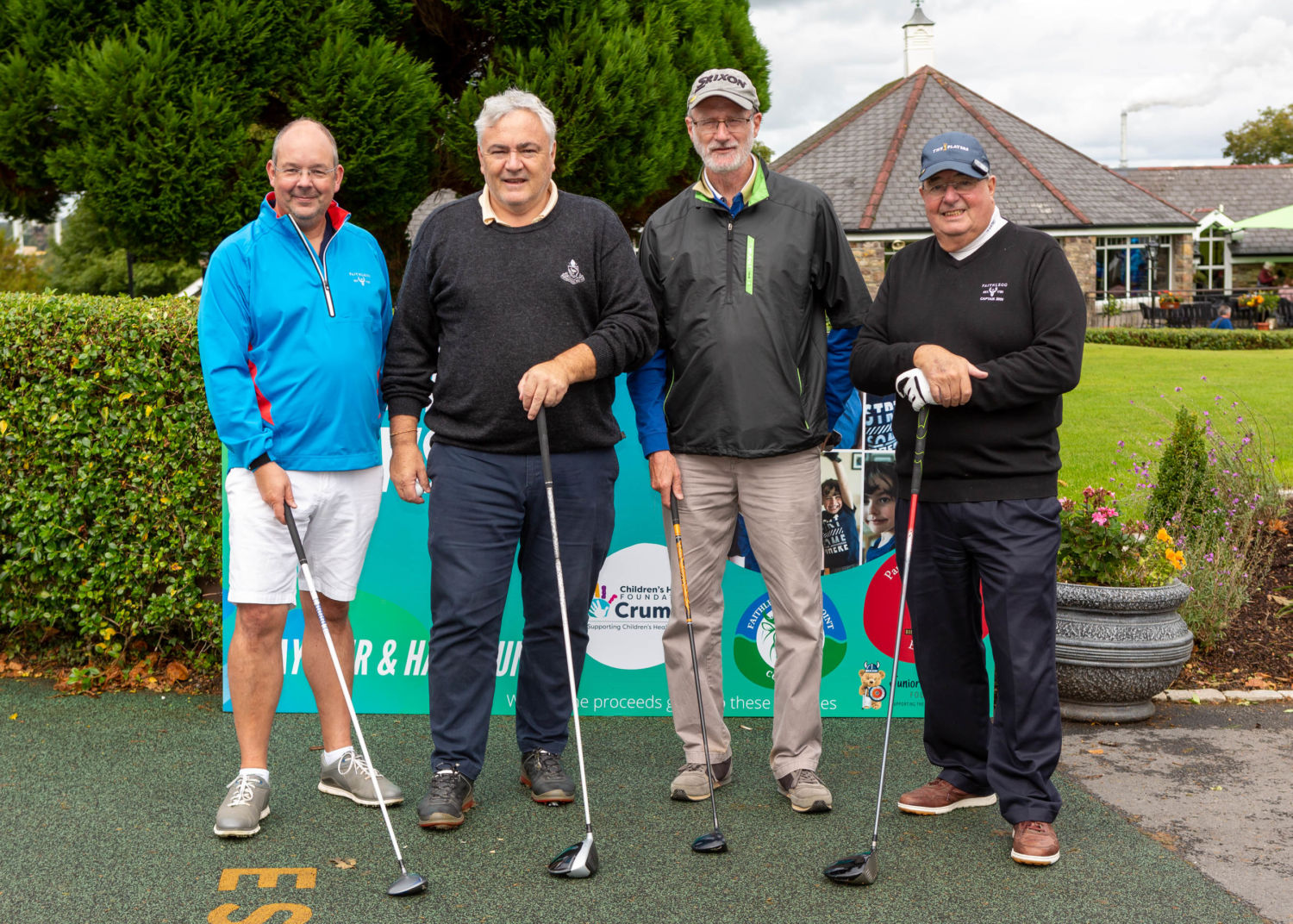 So we would like to thank those that supported our family and made this journey a little easier. They showed our son, our family what kindness, and community really looks like.
So, what we planned was – a day filled with sport, fun, family, and some serious fundraising!
The first part was “Harry’s Game” the Golf Classic at the award winning Faithlegg Golf Club. The Golf Classic was a huge success with almost 100 golfers battling it out for the big prize.
First prize of a fourball at the exclusive Old Head of Kinsale Golf Links was Colin Ferguson and team. Second place went to Robert Dooly and team. They head back to Faithlegg GC for a fourball. Kevin Wiley and his team played a some great golf to win third place and won a fourball at The Heritage Killenard with lunch. Dean’s Uncle Jim Gunnip was thrilled to represent the Gunnips and claimed fourth spot.
The second part of the day was Harry’s Game Soccer Blitz at Park Rangers. 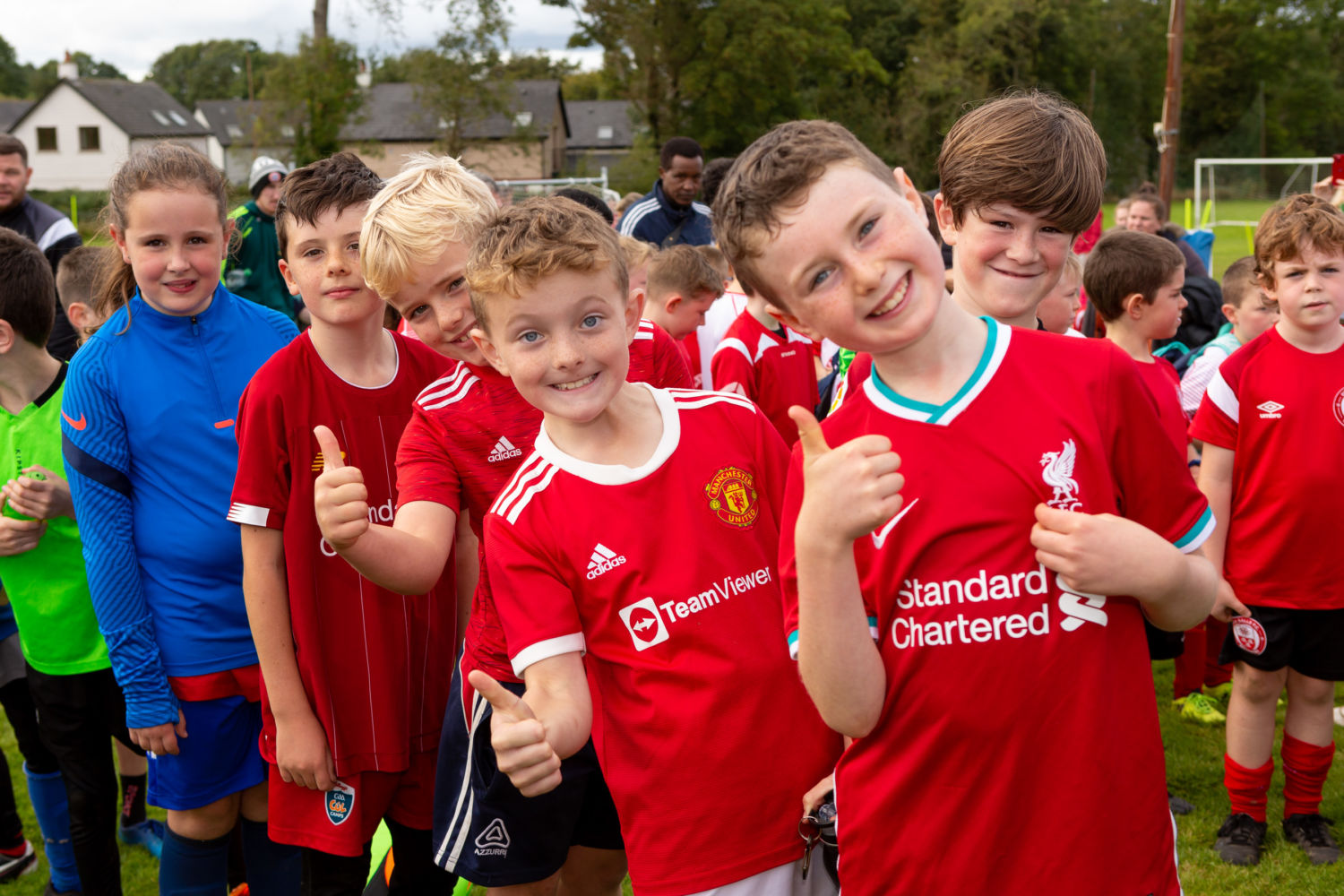 Move over Champions League, this was far more serious! 14 U-9 Soccer teams representing De La Salle, Southend United, Waterford Crystal, Tramore and Park Rangers descended on Deerpark for a Blitz. Each team played a very competitive three matches each and enjoyed some great fun on the day. Spectators were treated to some fine hospitality laid on by the Cheekpoint Faithlegg Development Group and the event was also supported by Waterford 31st Scouts.
Faithlegg and Cheekpoint communities and spectators from near and far came out to cheer on all the teams and enjoy a great community day and support deserving causes at the same time.
There was also a Harry’s Game Monster Raffle which had wonderful prizes, like flights and seven nights’ accommodation at the Sunset Beach Club in Spain, a 55 inch TV and loads of nights away. Again this draw was brilliantly supported (the full list of prizewinners are at HarrysGame on Instagram).
We had set ourselves an ambitious fundraising target, which was comfortably exceeded and a generous donation can now be made to the following:
CMRF – Crumlin
Juniors 4 Juniors – Supporting UHW Paediatric Unit
Park Rangers FC Cheekpoint Playground

Donations can still be made through our GoFundMe page here: https://gofund.me/e8ae4f24 or just search for Harrys Game 2021.

On behalf of our family, Avril, Dean, Harry, and Danny
Our sincerest thanks. 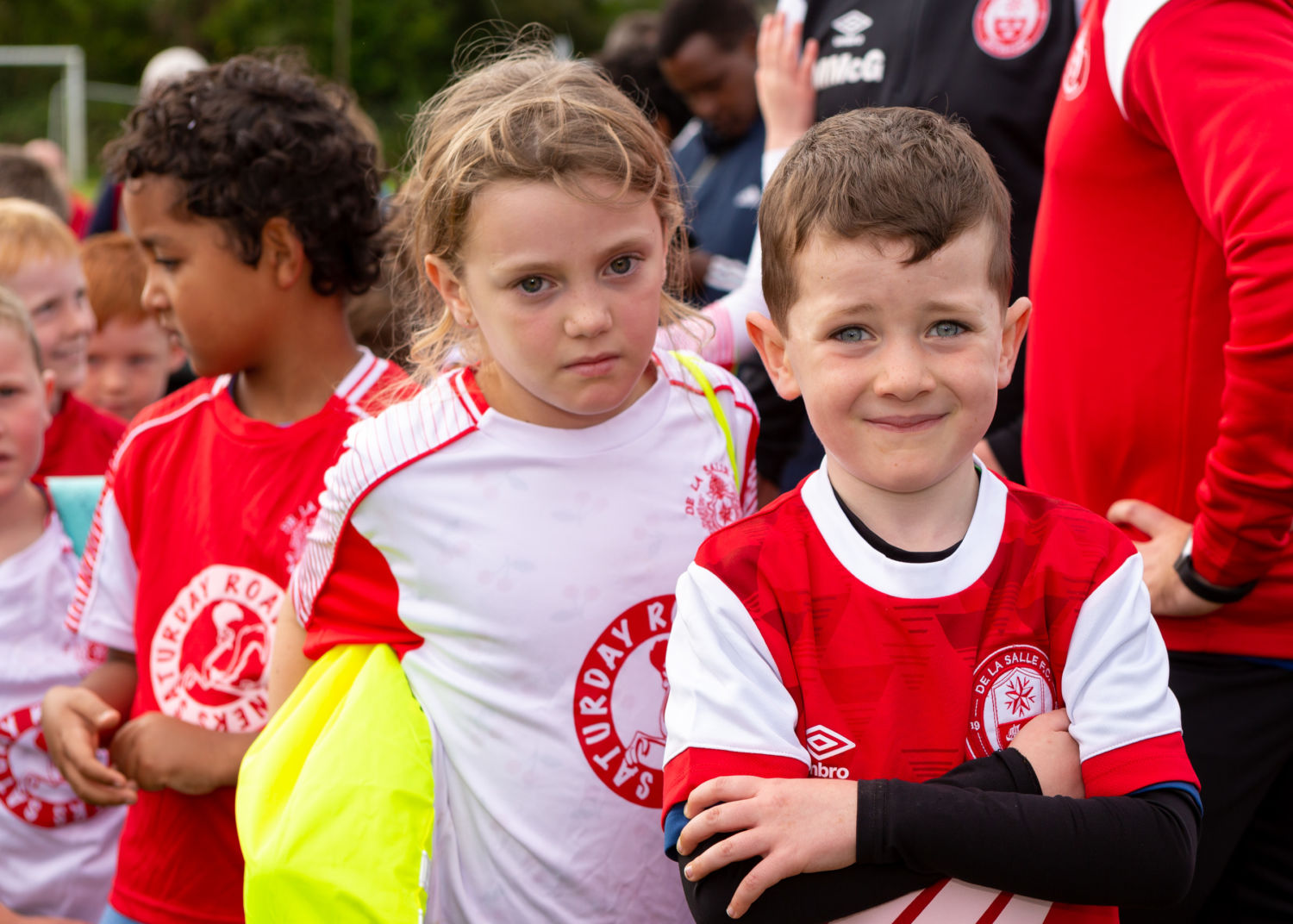