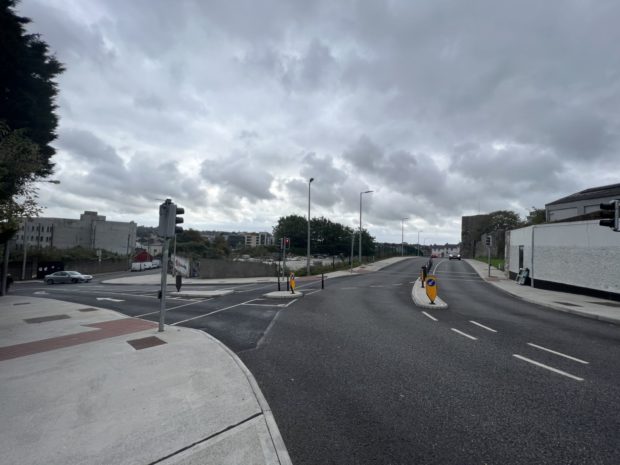 The site at Brown’s Lane where 10,600sqm of student accommodation will be located as part of Council’s new plan for the area.

WATERFORD’s councillors were given a look at the latest plan for the Michael Street development at a behind closed doors workshop in the Theatre Royal last Thursday (October 14). After decades of proposals, this new plan will be developed under a Part 8 scheme, meaning it will be open for public consultation but the ultimate decision on whether or not it goes ahead will rest with the councillors themselves, and not a planning body. This is because the land being developed is owned by the Council themselves.

Plans for New Street/ Michael Street have been steadily devolving over time with the vision for a massive shopping emporium slowly diminishing into something that the council can now consider to be “workable”. Speaking at the workshop last Thursday, Waterford City & County Council Chief Executive Michael Walsh said that the existing plans were “not viable in the current marketplace”.

The first plan, which was floating around for a very long time, was for a 10,030sqm shopping centre and a 635sqm cafe/ restaurant area. In July 2020, councillors were informed that a new plan would be 10,000sqft smaller and feature a 137 bedroom hotel, 2,634sqm of retail, 86 apartments, a creche and 373 car parking spaces in the existing New Street Car Park. Jump forward another year, and the plan has changed again. This time there will be a two storey, 2,400sqm retail unit and a 1,600sqm food market on the site of the former New Street Gardens. The plan for a hotel is no more, with Mr. Walsh telling the councillors that they went to market with the idea but there was “little to no interest”.

The main element of this new plan is a 10,600sqm student accommodation complex, which will be located at Brown’s Lane, on a site that was previously earmarked for a high density car park. The accommodation will feature 330 single en suite rooms over 12.5sqm and 7,900sqm of student apartments all overlooking Wyse Park. Ownership of the buildings will be split between a private developer and what should then be the Technology University of the South East. The plan also features a retail unit which will be located on Alexander Street, at the former Temple Bar pub and stretching back 2,400sqm. The plan also retains the existing New Street Car Park (200 spaces), but will accommodate the addition of 75 new car parking spaces. 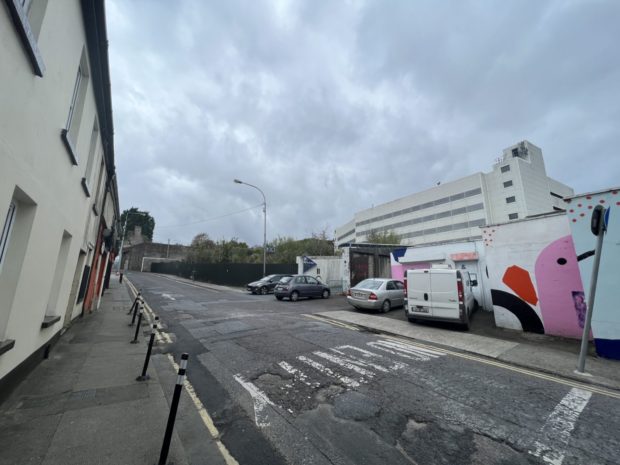 According to the new plans, New Street will have some new food halls while New Street Car Park will gain 75 new spaces and reopen.

On Stephen Street, on the site of the former De La Salle Centre, Council plan to build 11 three-bedroom houses, and further down the street will be two three-storey apartment blocks featuring a total of six one-bedroom apartments and six two-bedroom apartments. The total area of this type of housing will cover 11, 855sqm.

At the meeting, Mr Walsh also revealed that the council were still in talks with a developer for the North Quays and it was “quite possible” that he would be returning to councillors soon with a plan to remove the large retail element from the North Quays, with a plan to improve the existing offering in the city.