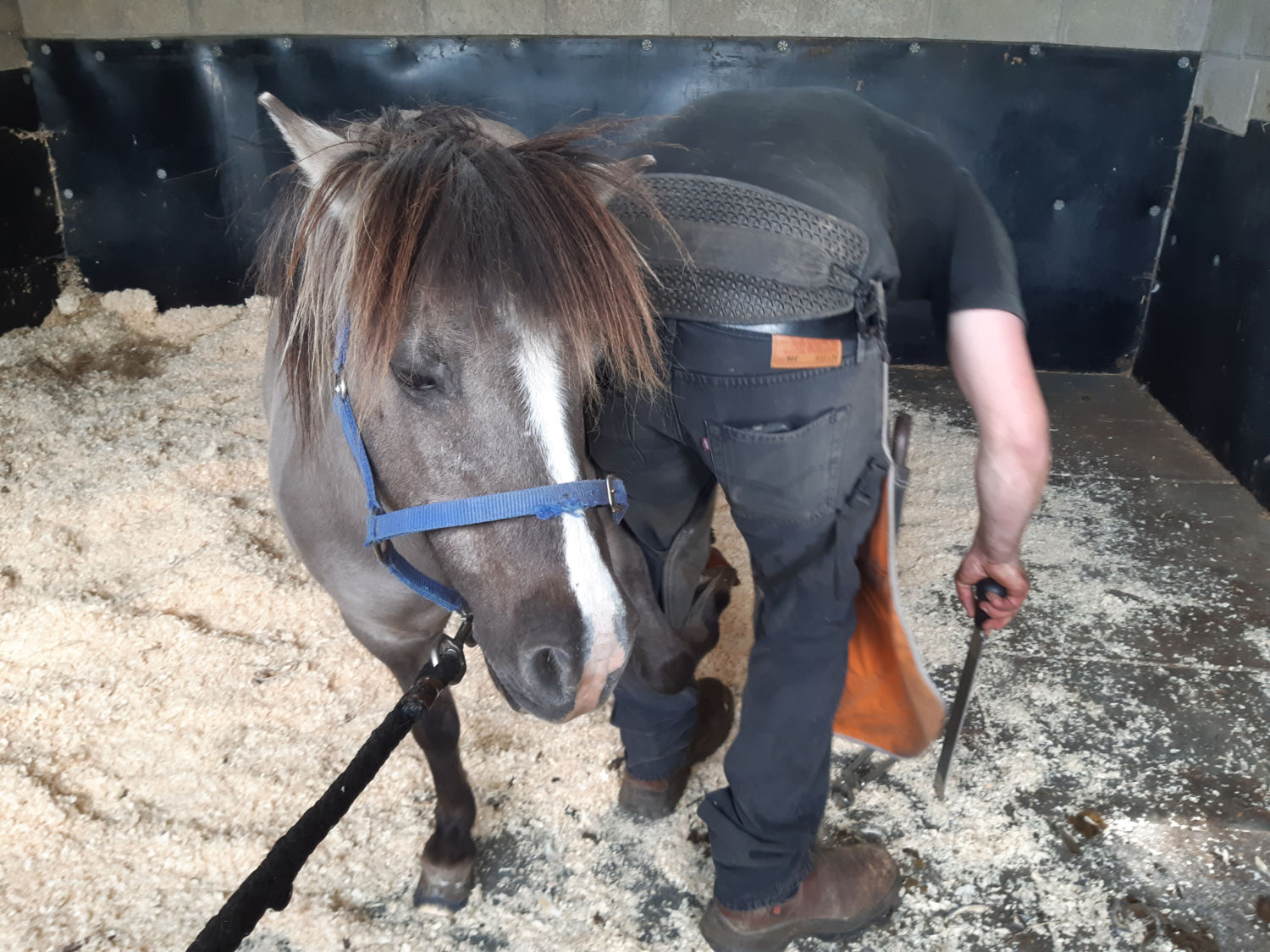 Bumble (18) desperately needed farrier treatment after being recovered from a field in Clashmore by the ISPCA
Photos: ISPCA

A man has been disqualified from owning equines for five years and ordered to pay €3000 to the ISPCA after two ponies nominally in his care were, in the words of Judge Brian O’Shea, left in “outrageous” neglect.

The matter brought before Judge O’Shea related to a visit made by ISPCA Inspector Alice Leacy to a field in Reanaboola, Clashmore on Tuesday, June 2 of last year following a report she’d received about two ponies.

Upon her arrival, it was immediately clear to Ms Lacey that one of the ponies – an overweight Chestnut male who was lying down at the time – was in distress. With “horrifically overgrown hooves”, the pony struggled to get up and when he managed to stand upright, he was very unsteady and unable to bear any weight on his left front leg.

The second pony in the field, a grey dun female, was also overweight while her hooves were similarly overgrown. Both animals were immediately removed to the ISPCA Equine Rescue Centre in Mallow for an urgent veterinary assessment.

Upon examination the female pony, who was later called Bumble, was estimated to be about 18 years old. Her vet described her as morbidly obese and diagnosed that she was suffering with laminitis, a condition which affects the tissues bonding the hood wall to the pedal bone in the hoof.

According to the British Royal Veterinary College: “In extreme cases this can result in penetration (of) the sole of the foot by the pedal bone. More than seven per cent of equine deaths are linked to the laminitis, with many animals having to be euthanised.”

All four of Bumble’s hooves were overgrown and it was evident that hoof care had been severely neglected. She was also suffering from sweet itch, an inflammatory condition of the skin.

The male chestnut pony was estimated to be eight years old. He was extremely lame and obese. The vet’s inspection revealed an open wound inside the cavity of the hood which was infested with maggots.

X-rays of his front two limbs confirmed a severe rotation of the pedal bone in the hoof which suggested that the pony had been suffering from laminitis for a prolonged period. On veterinary advice, the pony was euthanised to prevent further suffering. 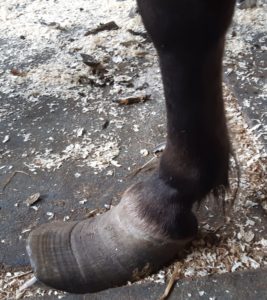 All four of Bumble’s hooves were overgrown. She responded well to her rehabilitation and has since been rehomed.

In better news, following urgent farrier care and a strict diet whilst in ISPCA care, Bumble made a full recovery and was later rehomed.

When imposing the disqualification, Judge Brian O’Shea stated: “The most aggravating factor in this case is the significant neglect of these two animals – it’s outrageous in fact. The accused bought these animals, knew very little and simply neglected them. I am making a disqualification for five years from owning any equines, and a cost of €3,000 to be paid to the ISPCA’s Equine Rescue in Mallow.”

Said the ISPCA’s Alice Lacey: “These two ponies had suffered needlessly and it was really distressing to see the level of neglect they would have endured over a prolonged period of time. They would have been in severe pain with every step they took, which could have totally been prevented, with proper animal husbandry and care.

“Owners have a legal and moral obligation to provide for the animals in their care. In this case, there was a complete failure and lack of action to address these issues which, in turn led to the prolonged and unnecessary suffering of both ponies. Turning a blind eye to such issues will simply not be tolerated.”

She concluded: “Regular hoof trimming by a qualified farrier is recommended every six to eight weeks which would also identify any hoof problems and correct any issues along with good dietary management. If owners are unable to look after their animals responsibly, then they shouldn’t have them, it’s that simple.”

Judge O’Shea adjourned that matter until June 3, 2022 indicating that if the accused failed to pay the costs by that time, he would convict, fine €1,000 and impose a two-month custodial sentence.

To report any animal welfare concerns to the ISPCA, visit https://www.ispca.ie/cruelty_complaint, email [email protected] or call 0818 515 515.