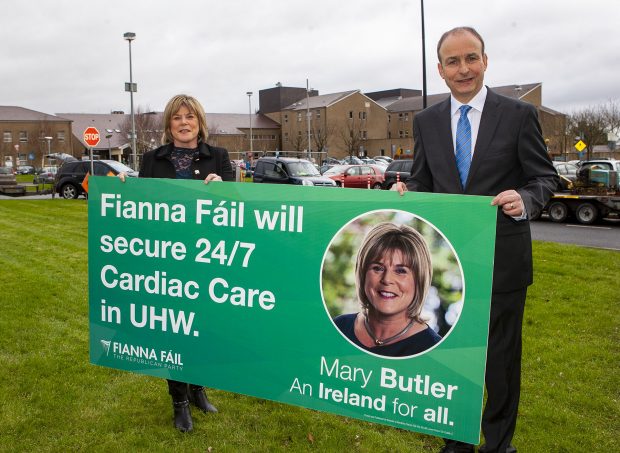 Taoiseach Michael Martin with Deputy Mary Butler in 2016, promises 24/7 cardiac care to the people of the South East.

IN the Dail this afternoon, Independent TD Matt Shanahan probed Taoiseach Michael Martin on this famous photograph from 2016 where 24/7 cardiac care was unambiguously promised by himself and his Fianna Fail party colleagues.

This promise was reiterated in 2019 during the last general election.

Watch the video below for the Taoiseach’s response: