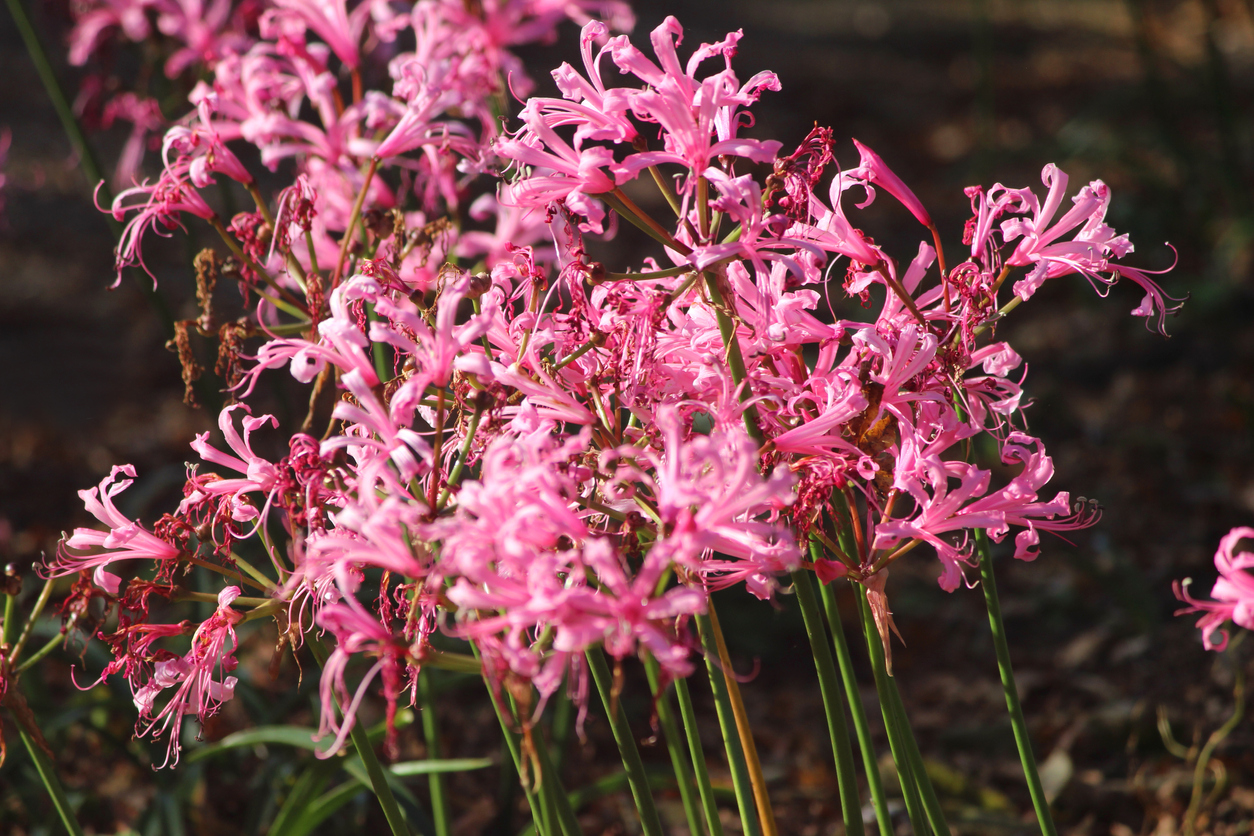 IT is always a pleasant surprise to see some plants flowering during the autumn and winter months. There are not many that do this so they are special in that unique way and are valuable in bringing some cheer to the garden and in the home with indoor decorations.

This is a small growing tree but in time can get to 5m high and wide (16’) and, unusually for a tree, it gives an almost continuous modest floral display of small frilly pink flowers from the autumn until there is a final burst of many flowers at the end of winter. If you want something smaller and manageable then go for the upright Viburnum ‘Charles Lamont’ which has larger pink and fragrant flowers.

The Killarney Strawberry tree – Arbutus unedo – is an evergreen native growing from West Cork all along the west coast in selected areas but mostly in Kerry and can reach 5m (16’) and more in time. It is very beautiful with its Lily-of-the-Valley flowers followed by strawberry-like fruits and reddish-brown peeling bark. All in all this is a first class plant.

These white flowering plants called ‘Hellebores niger’ used to be forced for the Christmas market and hence the name but their normal flowering time is at least a month later. They were always a bit tricky to grow and slugs/snails love them too but recent breeding of stronger types has changed that so it might be worth trying them in the garden once more. You could also use them in an outside potted display and after flowering plant in the ground.

The traditional heathers come and go out of fashion but the winter flowering ones are important as they brighten up the winter garden from around October until the following April, which is at least six months. I like them as they are compact growing which works well edging a bed or for covering banks as a ground cover when planted 45cm (18”) apart. Erica ‘Kramers Red’ and ‘White Glow’ are two good varieties and long lived. The other colourful heathers that are in the shops now are coloured or painted heathers which are suitable for container growing but should be considered as winter and temporary decorations only.

These are one of the few autumn flowering bulbs and one species C.autumnale is a native too. I remember seeing them growing near the railway bridge close to Thomastown some years ago.

They are usually sold as dry bulbs looking ready to flower and it does not seem to harm them as they are very adaptable but flourish best in a well-drained fertile soil.

Another autumn bulb is the Nerine which is flowering now with its pink flowers on a long stem. They are tough and might not flower well until they have grown into tight growing clumps so are suitable where the soil gets warm and dry like the base of a wall where they can remain for years undisturbed.

We are still in the season of planting spring flowering bulbs but time is running out and they need to be in the ground soon. Stocks are dwindling but there should be enough around for you to obtain some supplies still. Winter onion sets and garlic are also on the list to be planted and it is an easy and almost foolproof way to get some early maturing vegetables in the ground. If you have any queries of comments you are welcome to share them with me on 051-384273 or [email protected] and if of general interest I will include it in a future article.