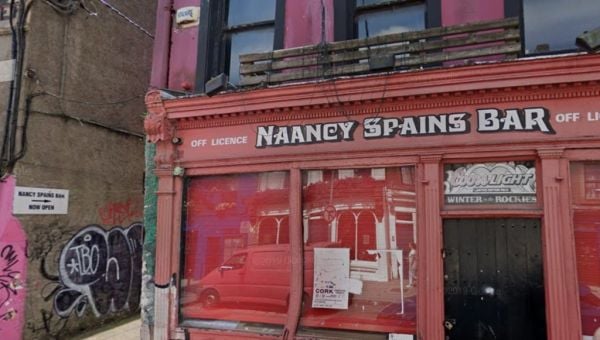 The skeletal remains of six people have been found under a partially demolished pub near the medieval heart of Cork city.

Confirmation of the new discoveries on the site of the former Nancy Spain’s pub on Barrack St comes almost two weeks after the discovery of a partial human skeleton during groundworks on the site, which is being cleared for a Cork City Council social housing project.

Speaking to The Irish Examiner, city archaeologist Ciara Bret confirmed an archaeological excavation has uncovered the remains of six individuals.

“The remains are fragmentary and predate the current 19th-century building on the site,” she said.

“Given that the site is still being archaeologically investigated, it is not possible at this time to definitively date the remains but they are likely to be 18th century or earlier.

“It is important to note that it is only through post-excavation analysis, which will include examination by the osteoarchaeologist and radiocarbon dating of the bones, that a complete understanding of the remains will be achieved.”

The human remains are being fully recorded and will be removed by experts under an archaeological license issued under Section 26 of the National Monuments Act 2004.

Following the completion of the post-excavation analysis, the skeletal remains will be prepared for acquisition by the National Museum of Ireland or will be re-interred at “an appropriate location”.

Ms Brett said because the Barrack Street area forms part of the former suburbs of the medieval city, it is of important historical and archaeological significance, and all groundworks at the site were being archaeologically monitored.

Nancy Spain’s was once one of Cork’s best-known music venues. Singer-songwriter David Gray played his first Cork gig there in 1992.

The city council plans to build 32 apartments on the site.