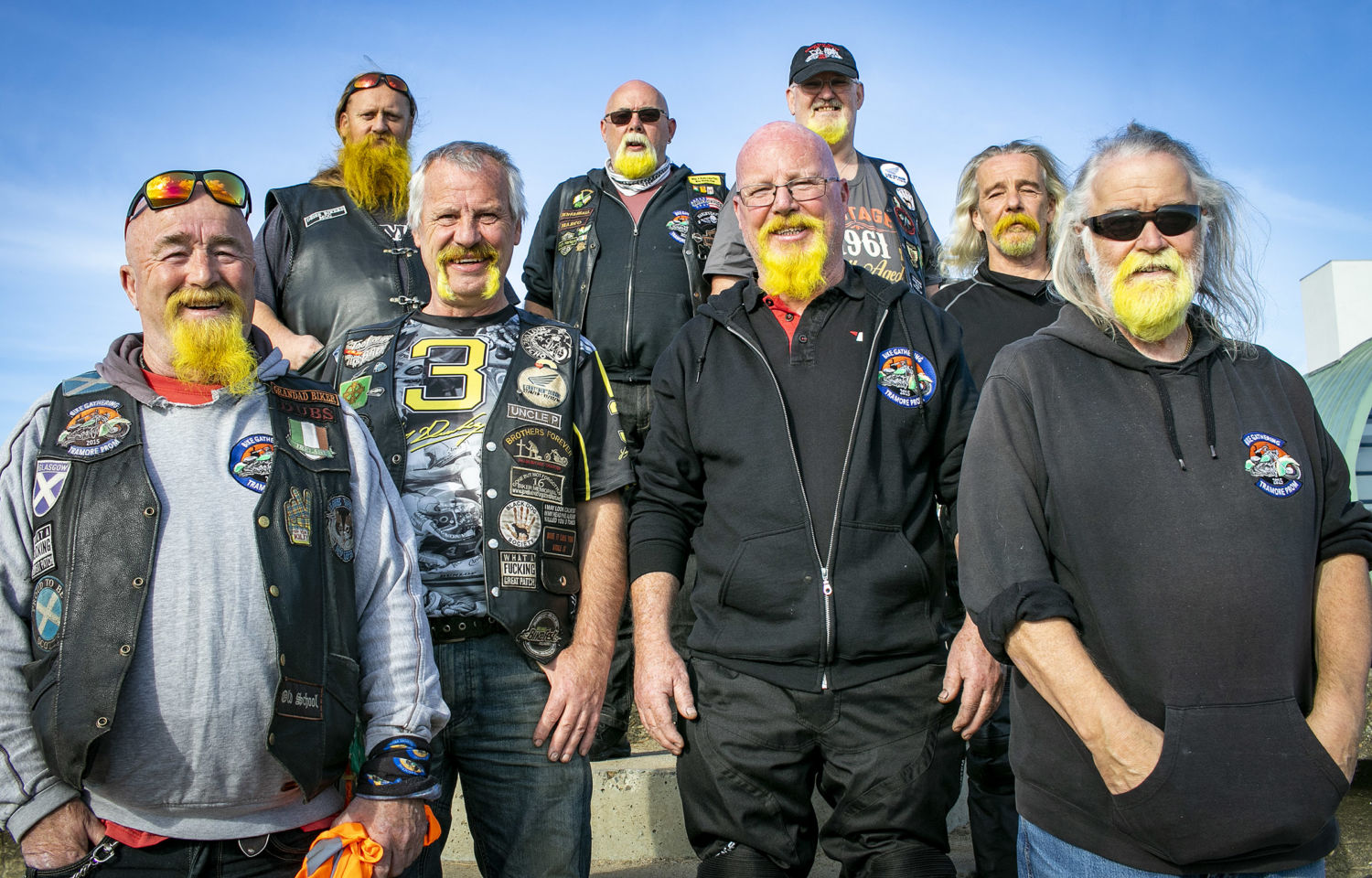 The Bike Gathering crew pictured on October 10 in Tramore at their ‘Beard For Buddies’ event. Photos: Joe Evans

THE hum of laughter, an electric razor and the rumble of beautifully maintained motorbikes added to the jovial atmosphere on a sun-kissed Lower Prom in Tramore on Sunday, October 10.

The Bike Gathering Crew assembled in Tramore for their second bike run – they have been running a series of events recently to raise awareness about suicide prevention.

For the past month to literally highlight their campaign, eight of the crew dyed their beards yellow and following the bike run, the octet had their beards shaved off in front of the Sandcastle Café. Hair was shed and laughs were spilled as the crew’s luminescent chin thatch met the asphalt.

The monies raised by the shave were donated to Waterford Marine Search And Rescue (WMSR), who thanked the crew for recognising their ongoing work. According to a WMSR Facebook post: “These funds will allow us to continue our services on the River Suir as part of our Suicide Prevention.” Congratulations to all involved! 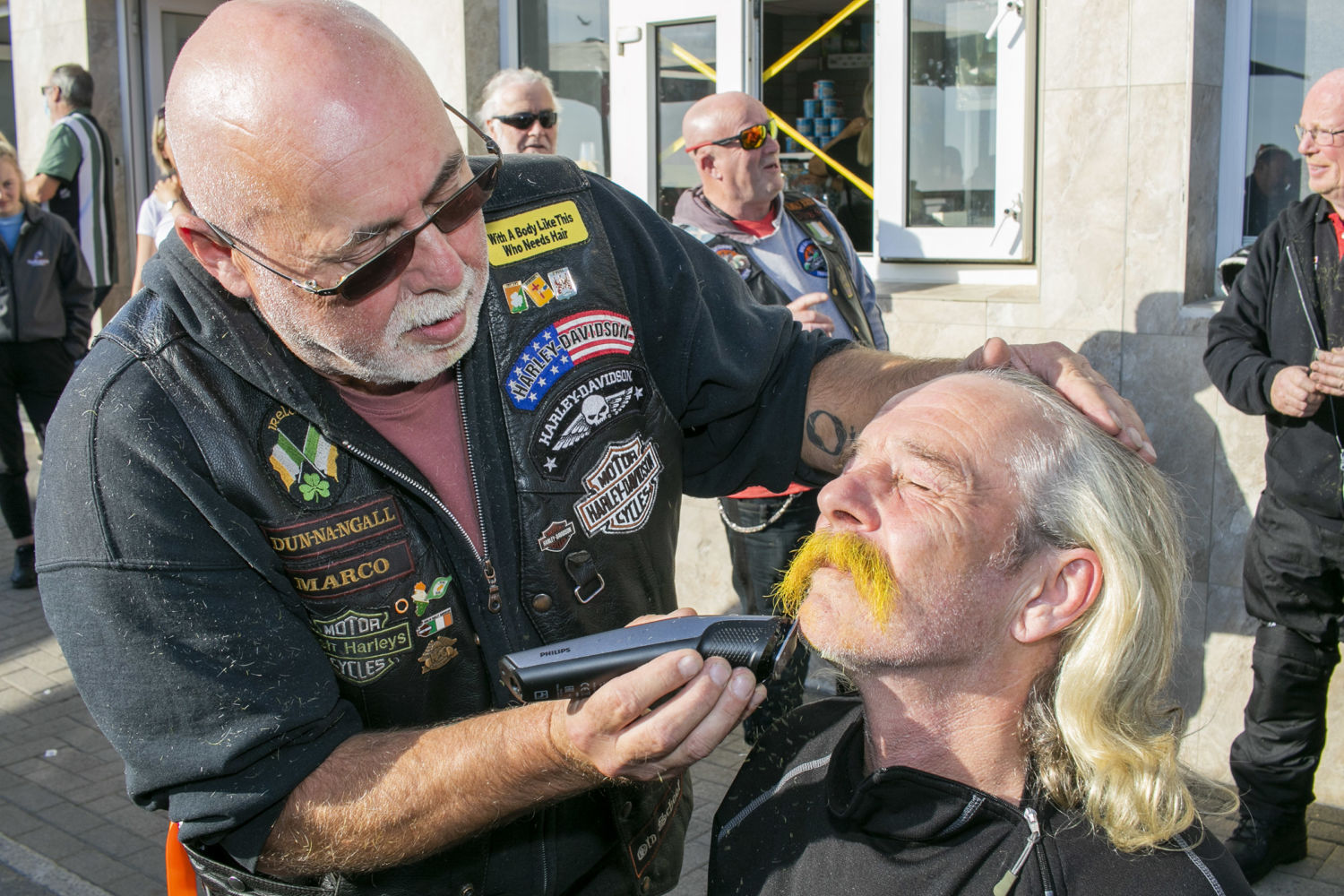