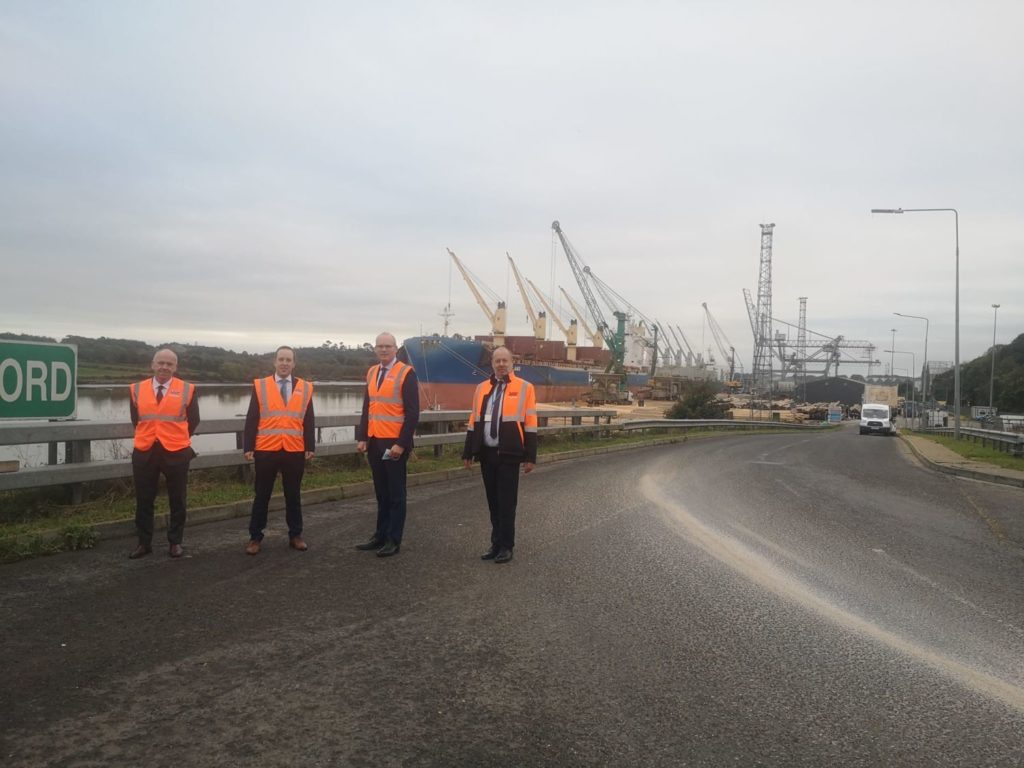 Minister Coveney and Senator Cummins pictured with Frank Ronan and Des Whelan (Port of Waterford) in Belview on Friday last.

From there, they went to the Park Hotel where a closed-door meeting was held with Waterford IFA members.

Following this meeting, Senator Cummins commented: “the agriculture sector is a pivotal part of the Waterford economy and it is essential that we support farm families in the months and years ahead. My party will never apologise for standing up for farming families who feel like they are blamed for all our environmental challenges.”

He added: “In reality, the farmers I meet are absolutely committed to playing their part in addressing climate targets and have been contributing for quite some time already. We must bring people with us on this challenging journey and not vilify any one section of society.”

From there, Minister Coveney and Senator Cummins visited Kinetic Labs in the City’s IDA Business Park to see the first incubation spaces outside of the University sector which are available for life science and pharma start-ups. 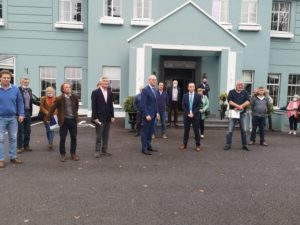 The Minister and Senator met with IFA members at Dungarvan’s Park Hotel.

This was followed by a visit to the Port of Waterford at Belview where they met CEO Frank Ronan and Chairman Des Whelan.

There, they discussed the further development of the port in the context of Brexit and the opportunities that have presented themselves through the new XPO rail link to Ballina, along with the development of the offshore and inland wind energy sector.

The final stakeholder engagement of the day prior to meetings with Fine Gael Councillors and members was with Waterford Chamber of Commerce.

Topics raised during this engagement included Budget 2022, the Technological University, healthcare, housing, the hospitality sector and opportunities in renewable energy and the tech/life sciences sector.

Minister Coveney thanked Chamber members for the seriousness in which they had taken the opportunity to engage with him given the short notice and committed to continuing to liaise with them with the assistance of Senator Cummins.