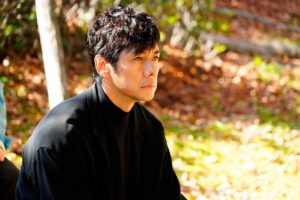 Ryûsuke Hamaguchi’s Drive My Car, which premiered at this year’s Cannes Film Festival, will open the 2021 Japanese Film Festival.

THE Japanese Film Festival makes a welcome return to Waterford after the 2021 nationwide tour was postponed earlier this year. The rescheduled event will now run on October 26 and 27 in Garter Lane Arts Centre. The festival prides itself on showcasing a wide range of film genres across the full spectrum of the Japanese film industry.

The festival opens on Tuesday, October 26, at 7.30pm with Ryûsuke Hamaguchi’s Drive My Car, which premiered at this year’s Cannes Film Festival, where it won three awards. The film is based on the short story of the same name by Haruki Murakami from his 2014 collection, Men Without Women.

In complete contrast, the following night’s two offerings are sure to please fans of Animé and madcap humour. Screening at 7.30pm, On-Gaku: Our Sound, is an animated version of an acclaimed manga by Hiroyuki Ohashi about a trio of bored teenagers who form a band. This will be followed at 9pm by Beyond the Infinite Two Minutes, a Christopher Nolan like head scrambler in miniature about a café owner who gets a message from himself two minutes into the future.