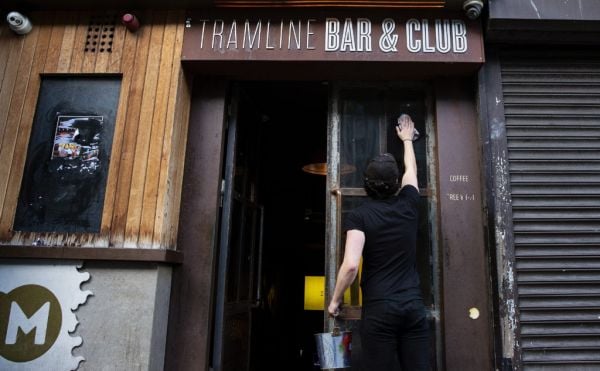 All nightclub events must be ticketed from next week, according to new Government guidelines published on Friday.

At a briefing with the Government, the LVA told Government officials this requirement was “completely unmanageable”.

Hours before people are due to crowd back into nightclubs, newly published guidelines state that alongside a Covid-19 certificate and photographic ID, anyone attending a nightclub will need to have purchased a ticket in advance.

“Ticketing is required, for the purposes of contact tracing, for all nightclubs and venues and will be the subject of regulations to be put in place next week,” the guidelines say.

It is understood that ticketing requirement will take effect from next week and will not impact on venues opening this weekend.

The guidelines state: “Full capacity is permissible at nightclub venues, as is dancing without masks.”

“While venues can return to full capacity, it is important that operators have regard to the public health situation and the individual characteristics of the venues and decide on what safe capacity looks like for their venue.

“Face coverings are still required at all times for employees in front-facing roles, and by all patrons other than when they are seated at their table or when dancing, drinking or eating in permitted live entertainment/nightclub venues.”

The Licensed Vintners Association (LVA) has described the new ticketing rules as a disaster for late bars, nightclubs and musicians. They also said the Government process to open the sector has become “Keystone Cops meets Father Ted stuff”.

Speaking after the briefing session, Donall O’Keeffe, Chief Executive of the LVA said, “We can’t believe that this is being proposed by Government. As we made clear at the meeting this is completely unworkable.

“It is a disaster for late bars, nightclubs and musicians. It simply won’t be possible to put such a system in place, it contradicts the very nature of social activity in Ireland.

“Do they know anything about the late night economy?

“If the Government goes ahead with these requirements then ad hoc late night socialising will not be possible. It could also have a devastating impact on DJs and live performers as most pubs simply won’t put on such entertainment.

“The very fact that this bombshell was dropped on the trade at 6.30pm on the very evening they reopen after 585 days of closure shows how appalling the Government planning for our reopening has been.