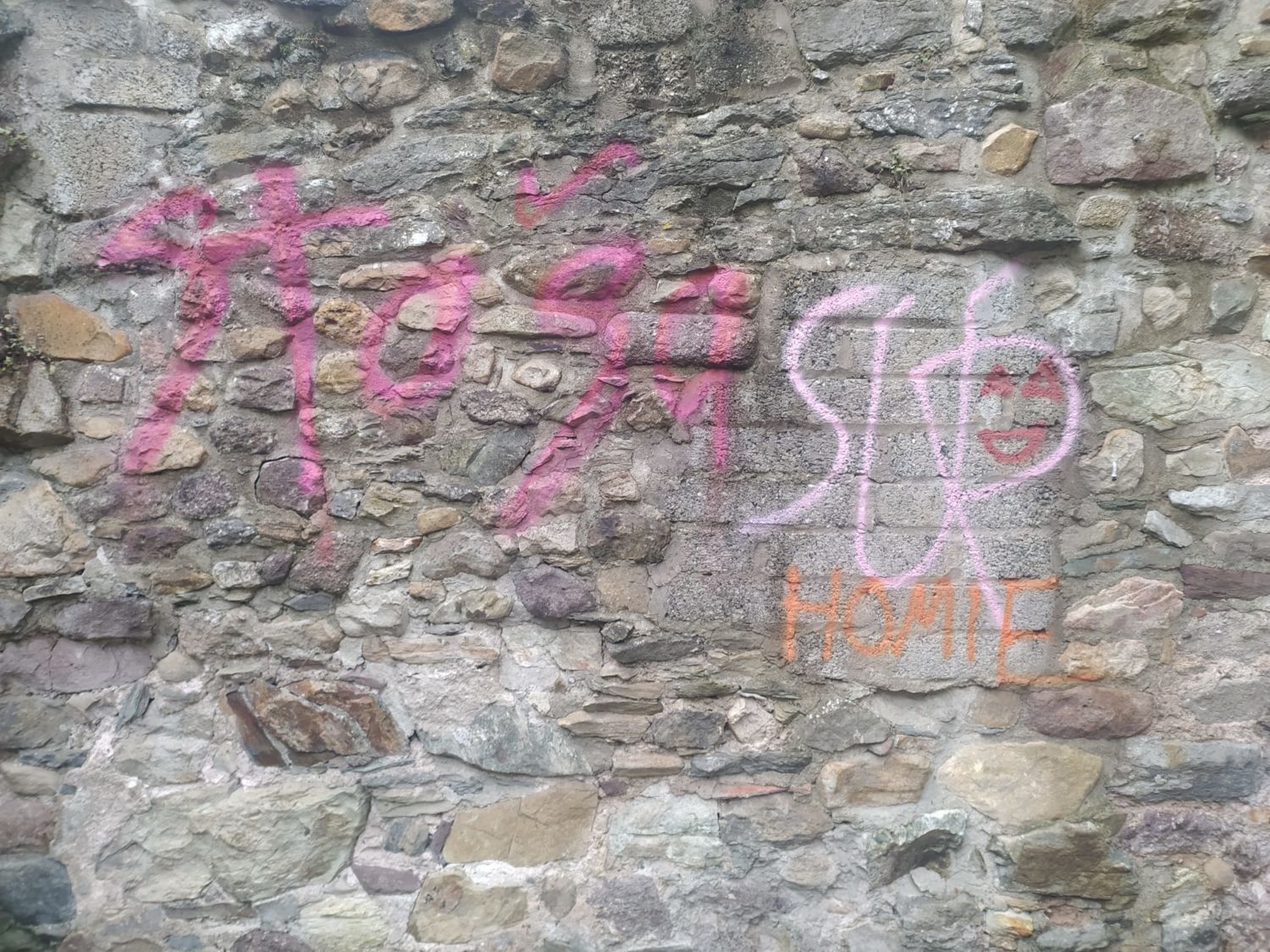 THE Inner-City local community reacted in disbelief after the medieval walls located in the old Quaker cemetery in Wyse Park were defaced with graffiti.

The walls formed part of the old St Johns Priory, which has in recent years been the focus of significant civic investment. This includes the restoration of the old stone Arch as well as a revitalisation programme sponsored by Waterford City and County Council to use Wyse Park as a venue for plays, comedy shows and cultural exhibitions.

Fianna Fáil Councillor Eamon Quinlan described the vandalism as “horrific”. “Our walls are part of our history. A history that has stood the test of time, through wars, famine, neglect etc., so it is really soul crushing to think someone would take a self-centered opportunity to deface these centuries old buildings. Our ancestors built these to stand the test of time for future generations.”

The Council’s environment department has committed to clean off the graffiti, and Cllr Quinlan also informed the heritage officer about the issue. 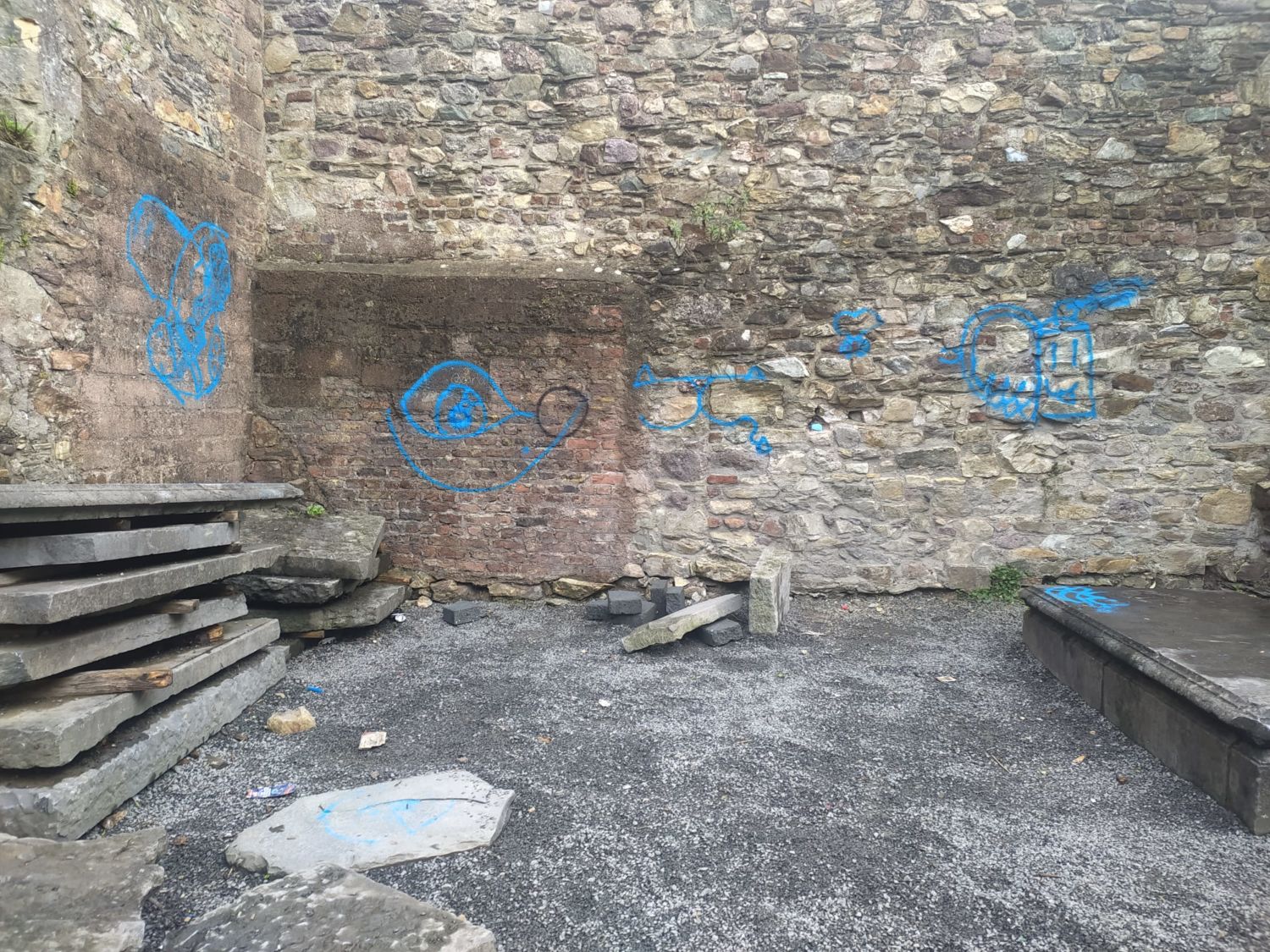 “The damage was first identified by the top of the city community gardens, who help maintain the allotments within Wyse Park as well as the new gardens in St Carthage’s Avenue. Their participation in cultivating abandoned green spaces around the city centre is seen as a shining example of Public – Council cooperation that has led to much faster reactions to combat anti-social behaviour in the City Centre,” said Cllr Quinlan.

He added that, “We have seen a run of graffiti around the City in recent weeks with the old cannons in the People’s Park being defaced along with numerous areas of the City Centre. We are not short of artistic galleries so I would say to these people that if they think their art is worthwhile, then why must they illegally force it onto communities. Worse still when they look to damage our City’s historical landmarks as nothing more than an ego boost.”

St John’s Priory was constructed in the 12th century and was adjacent to the Norman era medieval walls built around the same time. Wyse Park was gifted to the people of Waterford by the Quaker Community if the Council maintained it as a Park.