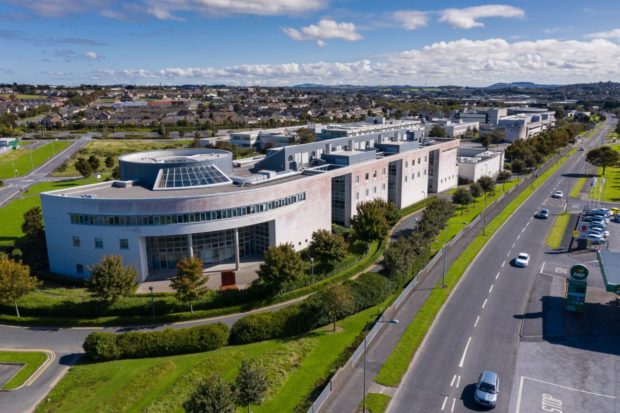 Is WIT on the brink of another name change?

WEXFORD TD Verona Murphy has announced – via her Facebook page – that the Higher Education Authority (HEA) has approved the merger of Waterford Institute of Technology and IT Carlow and that Cabinet will sign off on it next week. However, there has been no official confirmation of Deputy Murphy’s assertion.

Deputy Murphy added that “Wexford County Council must locate a site NOW for its Wexford campus”.

Speaking to the Waterford News & Star, Co-Author of the South East Economic Monitor and lecturer in the school of business in WIT, Dr Ray Griffin said that while they await what the Government has in store for higher education in the South East, “the devil will be in the details”.

“Anyone who saw the 1997 Institute of Technology upgrade turn into nothing more than a rebrand will not be fooled by another shallow rebranding exercise,” Dr Griffin said.

“The measure of the TU’s success will be in halting the brain-drain which sees 60% of all Leaving Certificate students who go on to higher education leave the region. If the TU does not meaningfully address the funding gap and deliver new buildings and programmes it will just be another rebranding exercise.”

According to Dr Griffin, the past decade has been “very difficult for people working at the coalface”.

“The natural progression of WIT has been thwarted by Ministers from Cork, Limerick and Dublin,” he said. “Everyone can see the cancelled new building projects and expensive investigations that found nothing. Indeed, the first new teaching building in twenty years was recently delayed a further year while buildings in the same scheme (announced in 2017) are now under construction in Cork and Dublin. Twenty years ago, Maynooth was half the size of WIT now it is double the size.  Michael Martin as Minister for Education upgraded Maynooth to a university at the stroke of a pen in 1997, in the same weeks when he undid the benefit of upgrading WIT. In 2011, Enda Kenny pledged the region a full university, a promise he did not fulfil and in power, his Government funded DIT’s new €1bn Grangegorman campus, which is opening now.”

Dr Griffin added: “Anything less than a five-year €250m plan to double undergraduate places in the South East, with new programmes in medicine and teacher training- will shortchange the region.

“All other Irish universities are investing more than this amount in the 2020-2025 window,” he added.

“At this point in time, there is no evidence that the Government has abandoned its approach to holding back the region’s higher education system, but they have spent the last two years building up expectations that the TU announcement will be a transformative moment.”

Independent TD Matt Shanahan says that the approval by cabinet will be a “precursor to the funding announcement that the Minister continues to delay on.

“The funding will signal if Government are serious about investing in improved third level education opportunity for all students of the South East region but particularly investment in the campus in Waterford,” Deputy Shanahan said. “Given that every region now has two designated university pathways in the country while the South East continues to wait on funding announcements, the time for recognition of the South East brain-drain is at hand for Government.  Minister Harris showed he had no qualms about investing hugely in a National Children’s Hospital in Dublin – he needs to show similar intent for the south east university project.”