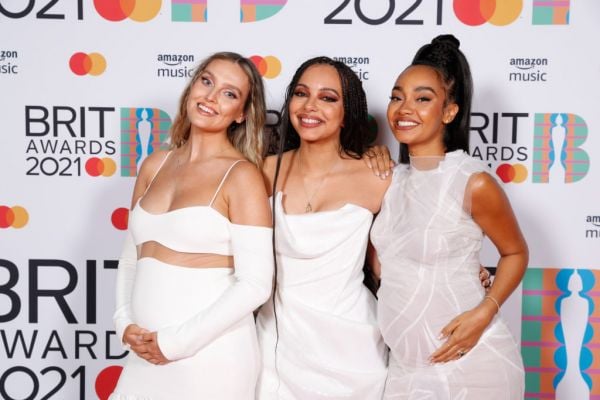 Little Mix have said they approached the topic of “blackfishing” with former bandmate Jesy Nelson in a “very friendly, educational manner” before she left the band.

Nelson released Boyz, featuring US rapper Nicki Minaj, earlier this month but her accompanying music video prompted accusations of blackfishing, the practice of a non-black person trying to appear black.

She later addressed the accusations and said she never intended to cause offence and denied using fake tan.

Nelson was originally part of the girl band alongside Leigh-Anne Pinnock, Jade Thirlwall and Perrie Edwards, but left in December after nine years, blaming the toll being in the group had taken on her mental health.

Speaking with The Sunday Telegraph, Thirlwall said: “We don’t really want to dwell, because we have so much to celebrate as a three.

“We’ve dealt with it in the best way that we know how, and got each other through it.

“We don’t want to talk about the video, or be critical, but one thing we will clarify regarding the blackfishing situation is that Jesy was approached by the group in a very friendly, educational manner.”

The group noted this conversation had taken place before Nelson left the band.

During an Instagram Live stream with superstar rapper Nicki Minaj, who featured on Boyz, Nelson addressed the controversy over the music video and the reports that Pinnock had warned her about blackfishing.

Discussing the alleged comments from Pinnock, Nelson said: “It’s just hard for me because I was in a group with two women of colour for nine years and it was never brought up to me up until the last music video I did with them.”

Pinnock has been vocal about the racism she has experienced and discussed the issue in her BBC documentary Leigh-Anne: Race, Pop And Power.

She told the Sunday Telegraph: “Capitalising on aspects of blackness without having to endure the daily realities of the black experience is problematic and harmful to people of colour.

“We think it’s absolutely not OK to use harmful stereotypes.

“There’s so much to say on that subject that it’s hard to sum up in a sound bite.”

Nelson recently confirmed on The Graham Norton Show that she was still not on speaking terms with her ex-band members, but said “there is no bad blood” from her side.

The remaining trio are releasing a new album, Between Us, on November 12 to mark the 10-year anniversary of the band’s formation – which will include hit tracks from the last decade and five new unreleased songs.

The band were formed on the eighth series of The X Factor in 2011 and were the first group to win the competition.

Edwards recently welcomed a son Axel with her partner Liverpool footballer Alex Oxlade-Chamberlain in August, while Pinnock gave birth to twins around the same time with partner Andre Gray, also a footballer for Queens Park Rangers.