Two arrested after fireworks let off at RSC 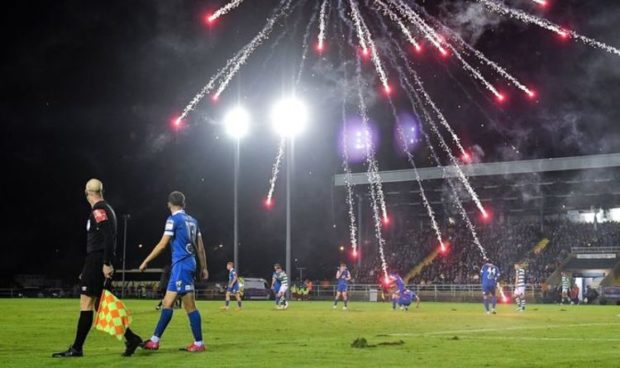 ONE man and one youth (23 and 18 years) were arrested at the Regional Sports Centre last night (November 5) after fireworks were let off in the away section of the stand during the match. According to Gardai, a man was injured during the incident and was brought to University Hospital Waterford, where his injuries are not described as life threatening.

Gardai were called to the venue at approximately 8pm when fireworks were thrown from the stand and exploded in various parts of the ground, including on the pitch. The game was suspended for nine minutes to allow smoke and fumes to clear and for medical personnel to see to the injured man.

According to Gardai, the two arrested men have been released and investigations are ongoing.