View From The Green Room: Floodtide of Regret 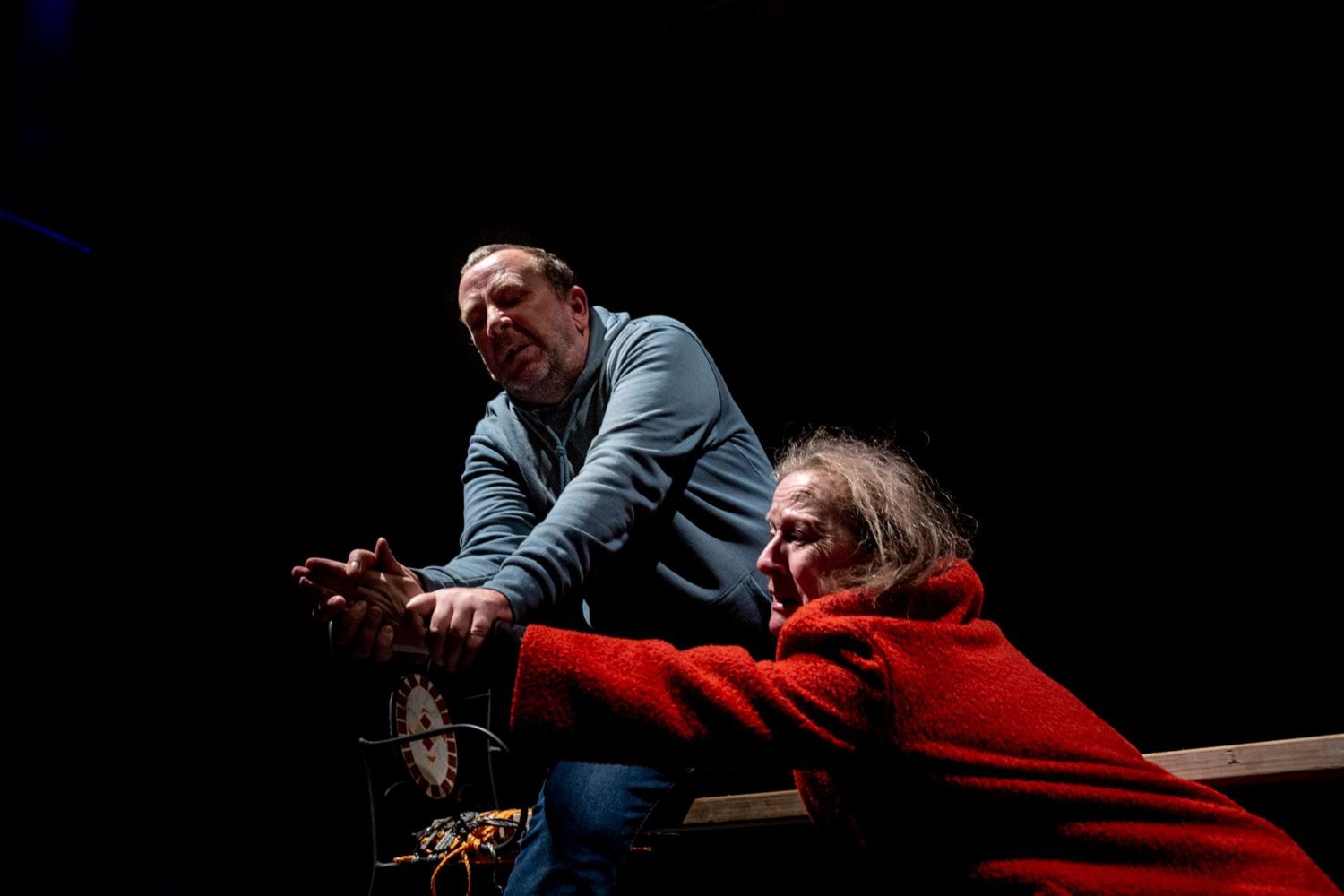 He rummages in silence through the paper while she loses herself in her soaps. When they speak, it’s with accusations and acrimony that is built on a lifetime of unspoken grievances that’s getting worse by the year. And like any warring couple, they thrive on arguments.

Jack has bought a boat and plonked it in the front garden – just in case their house, built on a flood plain, should become submerged in the rising tide-waters that are the result of climate change.

Writer Ger Bourke is from Piltown and has backgrounded Jack and Stella’s story against the evidence of his own eyes of flood damage in Carrick and Clonmel.

When the flood hits, Jack and Stella find themselves drifting in a boat with nothing to guide them. It’s a metaphor for where they are in their lives – drifting, searching, groping for something or anything that will shape, direct or give meaning to their lives.

There are no filters now. No mobile phone to connect with someone, no television or newspaper to distract, no work to engage the attentions. Just each other. Adrift as they have always been in their marriage. All the certainties of their life together are now meaningless.

Stella wants to have it out with Jack. She resents his blame-game trivia routine, the constant jibes about her weight and his rubbishing of her running club that he has named ‘The Bouncin’ Diddies Club’.

He tells her a tall tale about a fisherman and his son who were lost in a small boat for 484 days. Jack says that the son survived by eating the father although Stella doesn’t know whether or not to believe him.

Past hurt deepens and when they arrive at their daughter’s departure from their home, the accusations cross the boat like tennis volleys as each blames the other for their silence towards their beloved Ella. And now she’s gone. And no way to repair the damage.

Ger Bourke’s script works on so many levels that we leave the theatre thinking, referencing, wondering. Sometimes the work loses us as in Jack’s extended story of ambushing a bluebottle and Stella’s lengthy tale of seaside sadness at Tramore.

Crucially, both stories point to the stoic indifference of their own parent’s indifference to them as well and their lifetime’s ambition to satisfy an anonymous parent’s wishes. Sadly, they became their parents.

Despite the depth of the script, the performance is studded with hilarious one-liners and the insults the couple trade are real laugh-out-loud barbs that would sometimes make a sailor blush. There are also moments of exquisite tenderness and beauty in Bourke’s script that remind of what the couple once shared and have now, sadly, lost. Stella’s desire for a future of love, passion and beauty contrasts, unfortunately, with Jack’s desire for a return to the quiet life and the status quo.

Actors Jenni Ledwell and Joe Meagher are brilliant and absolutely believable as the warring couple. The intensity of the highs and lows of their relationship is always before us and their mood-swings, battles and silences, accusations and affections, teases and terrors are laid bare before us in a powerfully, physical performance.

Director Jim Nolan’s hand on the tiller is determined and defined. Jim brings a wealth of much-needed experience to the production as the action is confined to a small space that leaves only minimal opportunity to explore.