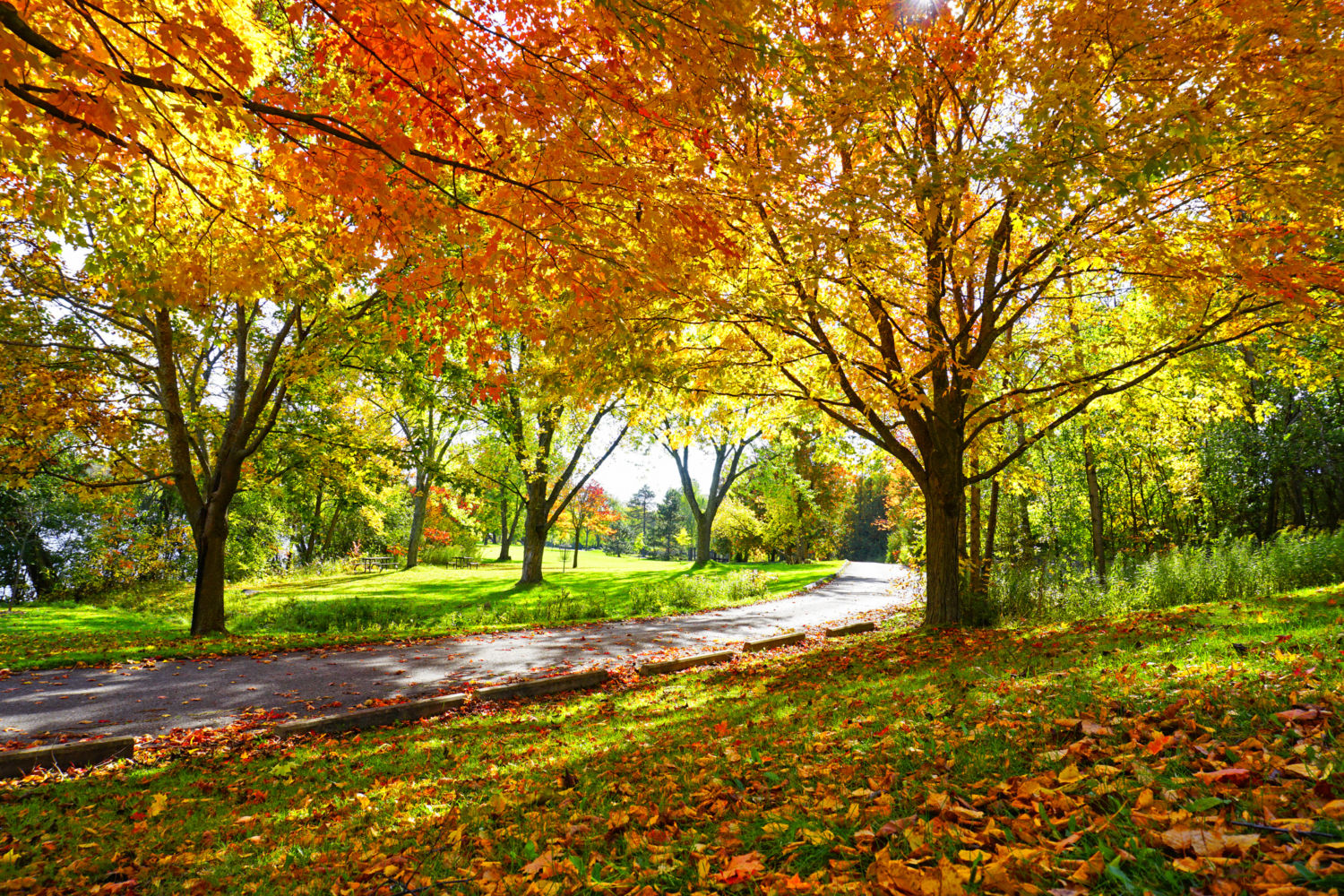 THE Canadian Maples have proved to be among the best for autumn colours in our climate. For at least the last 10 years they have started showing some autumn tints from late August and, they are still in the full flush of colour so, that is around 12 weeks, which is fantastic.

Ireland is not known for good autumn colours, and that is because our climate is too wet and cool to enable the plants to produce those brilliant displays that we associate with parts of North America. Of course, we do manage a good show on occasion and are grateful for that brief moment but, fortunately there are a few trees and shrubs that seem to manage autumn tints most years.

There are a number of autumn colouring plants that are naturally small or compact growing that can be treated or pruned into a tree shape. We can include both true trees and also shrubs which can grow into a tree shape and a dwarf growing apple tree would be one I often suggest. The Japanese Maples and their cousins come to mind immediately and, then there is the whitish flowering Amelanchier whose leaves turn a fiery mixture of yellow, orange and scarlet or the relatively new Rowan or Mountain Ash called Sorbus Autumn Spire which is a small upright grower with white flowers followed by orange yellow berries and red and orange foliage in the autumn.  Small shrubs which will work include Euonymus europeus, Bay Leaf, Prunus incisa, Lilac meyeri or Miss Kim and Viburnum Charles Lamont.

The majority of medium garden trees will grow from six to eight metres (18 to 25 feet) but are manageable either under or over those sizes. Some people think cherries main interests are their flowers but, they have good autumn colours too and, the choice is large, from the upright ‘Amanogawa’ for narrow spaces, the small weeping ‘Shidare-Sakura’ to the famous ‘Kansan’ with its blousy pink flowers and for an added bonus check out ‘Royal Burgundy’ which has the same pink flowers but, also deep burgundy red leaves which turn scarlet in the autumn. The most outstanding reddish autumn colouring trees would have to include Liquidamber, Cercidiphyllum, Parrotia, Pyrus ‘Canticleer’ and varieties of Rowan trees such as Sorbus ‘Olympic Flame’, ‘Embley’ and ’Joseph Rock’.  Trees whose leaves turn a yellow shade before falling include Norway Maple, Birch, Ginkgo, Ash especially Fraxinus ‘Jaspidea’, Tulip tree –Liriodendron and Limes especially Tilia tomentosa.

We have come full circle in that we will finish with some good autumn colouring among the tall trees knowing that they will not suit many gardens. Acer rubrum and the varieties ‘October Glory’ and ‘Red Sunset’ are good choices including a hybrid called Acer x freemani ‘Autumn Blaze’.  Finally, the scarlet oaks such as Quercus rubra or Q palustris are both extremely good trees for open spaces and, there is now a narrow growing type suitable for gardens called Quercus palustris ‘Green Pillar’.

The winter is long enough without colour but, you can help improve this by potting up a few small containers with bulbs. You leave them outside until January and then bring them in when the foliage appears above ground where they will flower in the house if placed in a light position. Roses are going into sleep mode and, this gives a good opportunity to clear away any diseased leaves and branches and the remaining shoots can be cut down to around 60cm (2’) to make them stable.

If you have any queries or comments you are welcome to share them with me on (051)384273 or [email protected] and if of general interest I will include it in a future newsletter.