A Christmas Carol – Meet the Cast 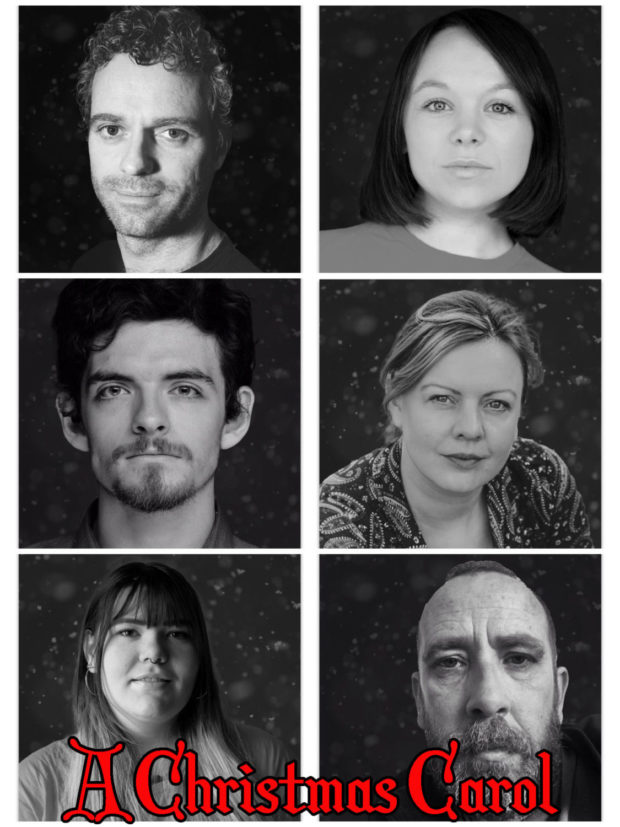 REHEARSALS have begun in earnest for the most eagerly anticipated show in years, ‘A Christmas Carol’, which runs from December 1 to 21 at Garter Lane Arts Centre. The cast is led by Andrew Holden who plays the iconic miser Ebenezer Scrooge, supported by five other professional actors of the highest quality.

Andrew Holden trained with the Gaiety School of Acting and The London School of Musical Theatre and his previous credits include appearances with The Gate Theatre, The Cork Opera House, Waterford Spraoi, Little Red Kettle, Bryan Flynn Theatrix and Long Road Productions amongst others.

Shauna Farrell is a professional actor, director and writer based in Waterford city. She is a drama facilitator and actor with Little Red Kettle and has performed with Garter Lane Arts Centre, The Theatre Royal and Red Kettle Theatre Company and on the prestigious stages of the National Theatre, London and the Irish Arts Centre, New York.

Joe Meagher is a professional actor, director and writer with over thirty years experience. He has worked and toured extensively with theatre companies such as Red Kettle, Corcadorca, Rigout Productions and Broken Crow and has also appeared in several programmes on RTE Radio One including The History Show, The Johnny Coffin Diaries and The Reindeer That Got Left Behind.

Kieran Walsh is an actor who started his career in Loose Screw Theatre’s Boxer, and since then has worked on productions of The Crucible, Our Town, Shadow of Heroes, One Hundred Thousand Breaths, Henry VI Part III, Six Days’ Work, Wife to James Whelan, The Hall, The January Show, Assassins, Raymond & Dutch: The Case of the Last Green Bag, and, in recent years, Macbeth and (eventually) Prince of Denmark.

The show is directed by Liam Meagher, with set and lighting design by Dermot Quinn. For more information, and to buy your tickets, visit www.garterlane.ie or ring the Box Office at 051-855038.