Pouldrew House on market for €1.85m 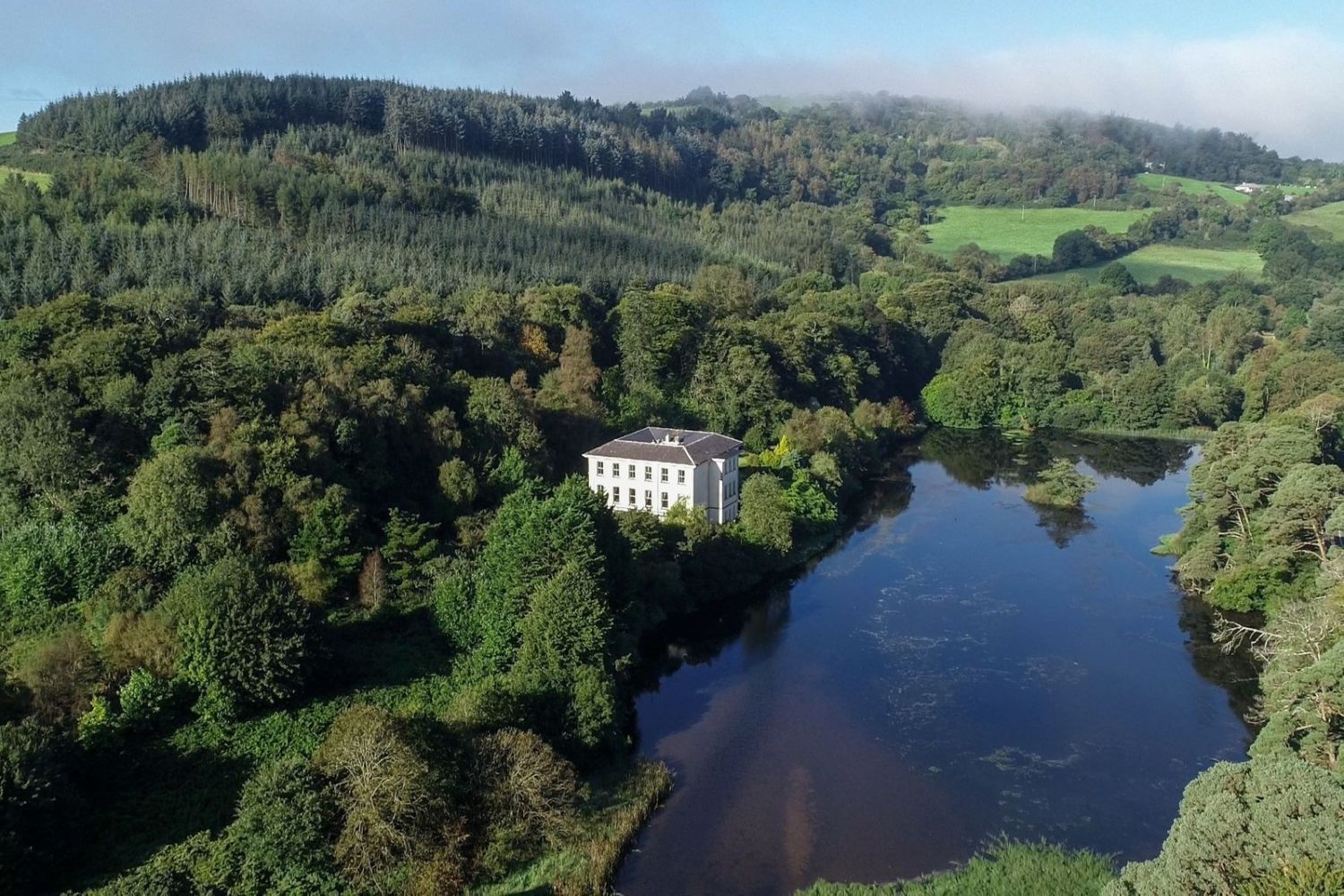 A historic home in Kilmeadan that enjoys an extremely picturesque lake front position on a private estate, which includes a spectacular waterfall, glorious pleasure grounds and a significant hydro-electric turbine, is on the market for €1.85m

Dating to circa 1814, Pouldrew House in Kilmeadan is  positioned above its own private 12-acre lake. Remarkably this mid-19th century design predominately survives, not just externally but throughout the principal reception rooms and bedrooms. Aspects of a richly designed 19th century landscape still survive too, including an impressive suite of cut-stone steps from the main lawn down to the lakeside. 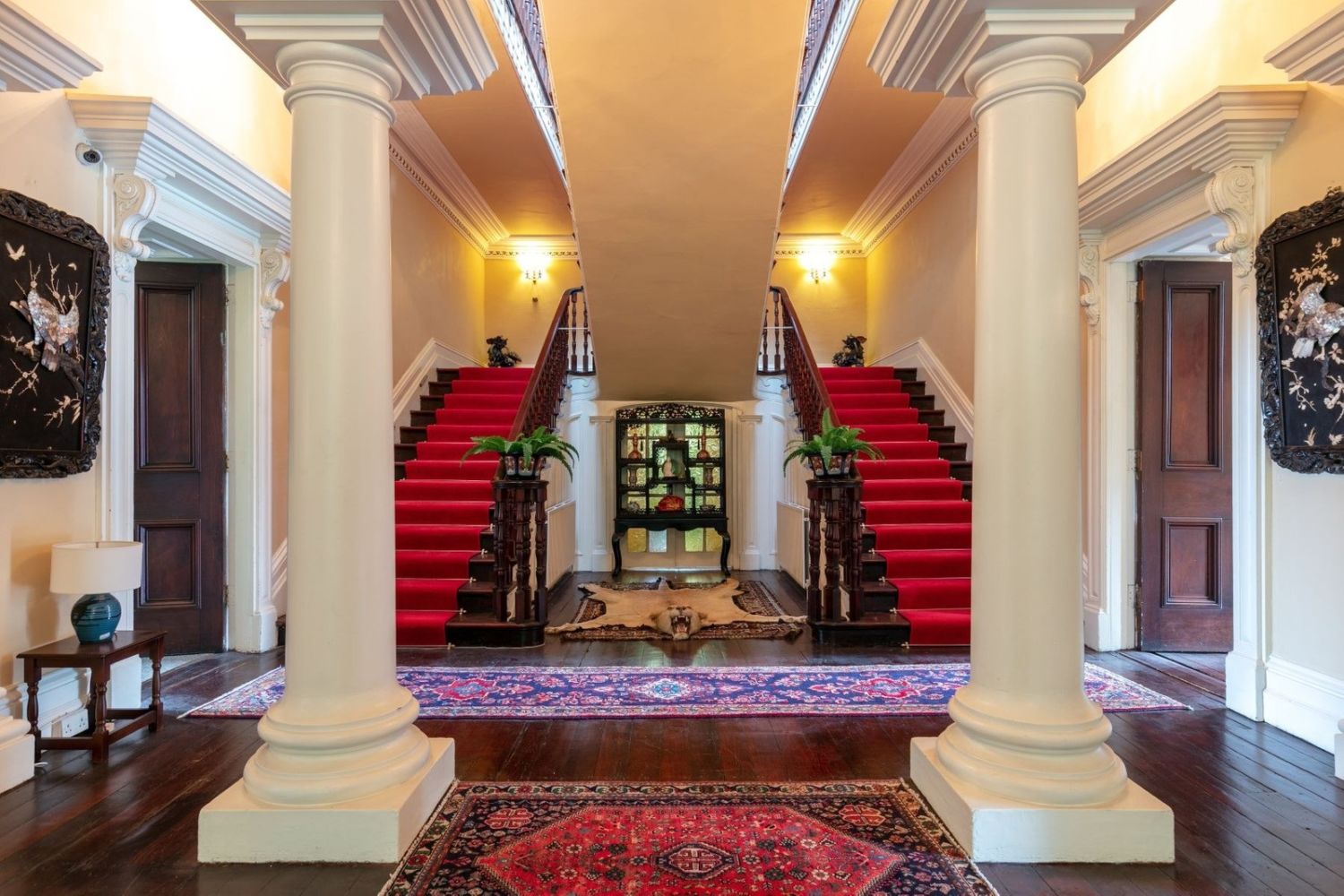 According to selling agents Ireland Sotheby’s International Realty a “truly remarkable feature” of the estate is the impressive waterfall and hydro-electric power generating turbine, which was installed in 1932 and still functions to power the house central heating electric storage radiators. “The substantial dam and waterfall works were once fundamental to a significant milling operation at Pouldrew. The attractive stone stabling outbuilding was once part of an extensive mill positioned adjacent to the waterfall weir.” 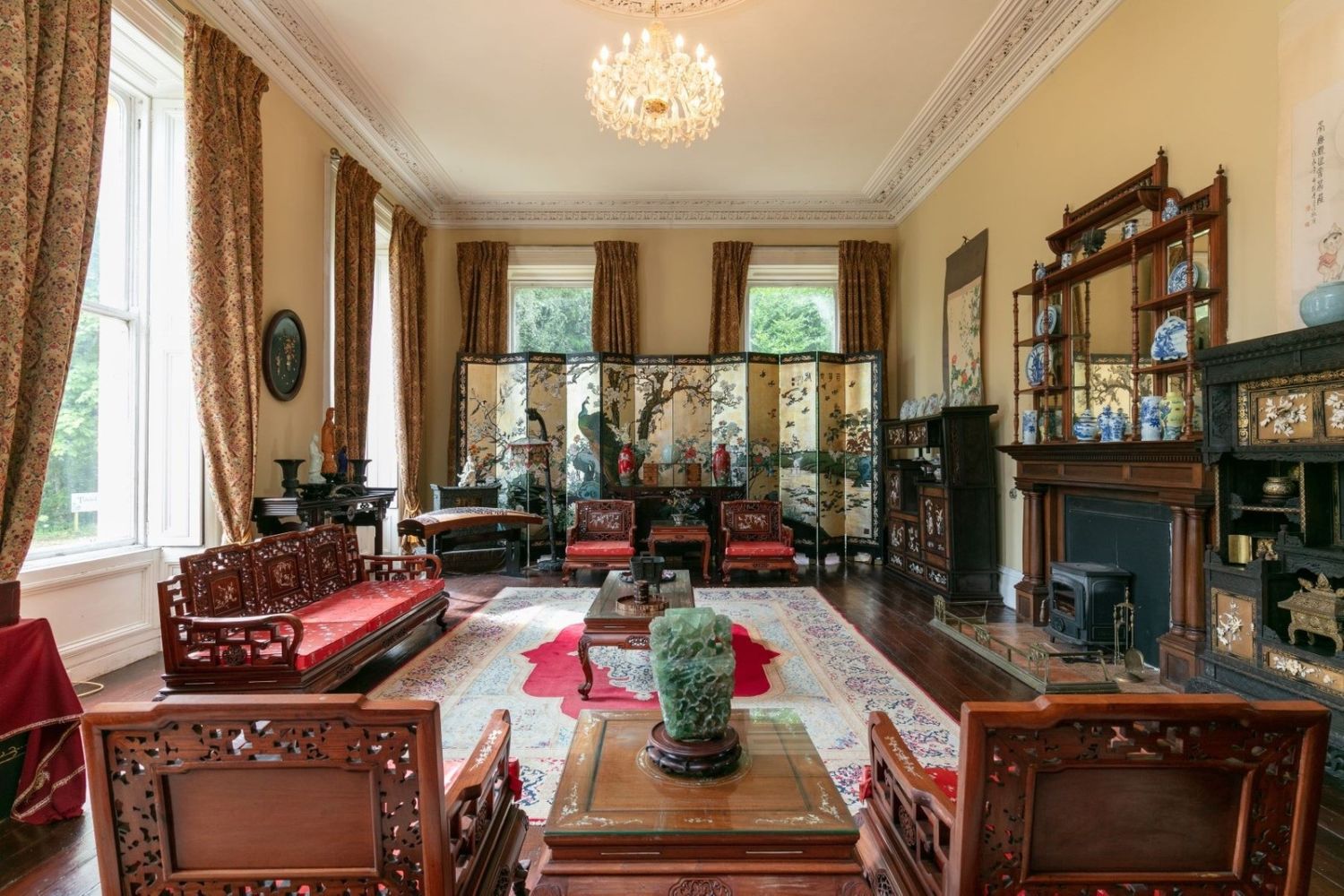 “Inside the property, a generous reception hall leads to the principal reception rooms and opens into the stair-hall, where twin imperial style carved mahogany staircases lead to a landing return, with a single flight continuing to the first floor. The drawing room, dining room and library each feature large open fireplaces, two with impressive marble chimney pieces. Each room features fine decorative plasterwork, timber window shuttering, finely carved timber window and door architraves, rich mahogany doors and large timber flooring boards. A study, kitchen, pantry, shower room and laundry complete the accommodation on this level. The kitchen opens to a patio terrace, itself linking to a lower terrace overlooking the lake.

“A generous landing on the upper floor is top-lit from a glazed atrium and leads to seven bedrooms in the current configuration. A master bedroom suite has a dual south and west aspect bedroom and adjoining dressing room and bathroom. There is one other bedroom with a bathroom en-suite, with two bathrooms serving the other five. The lower level opens out at ground level on the lakeside elevation with three large glazed doors opening from a large central axial hallway to a garden terrace. Included is an office, games room, bar, wine cellar and a staff bedroom suite.” 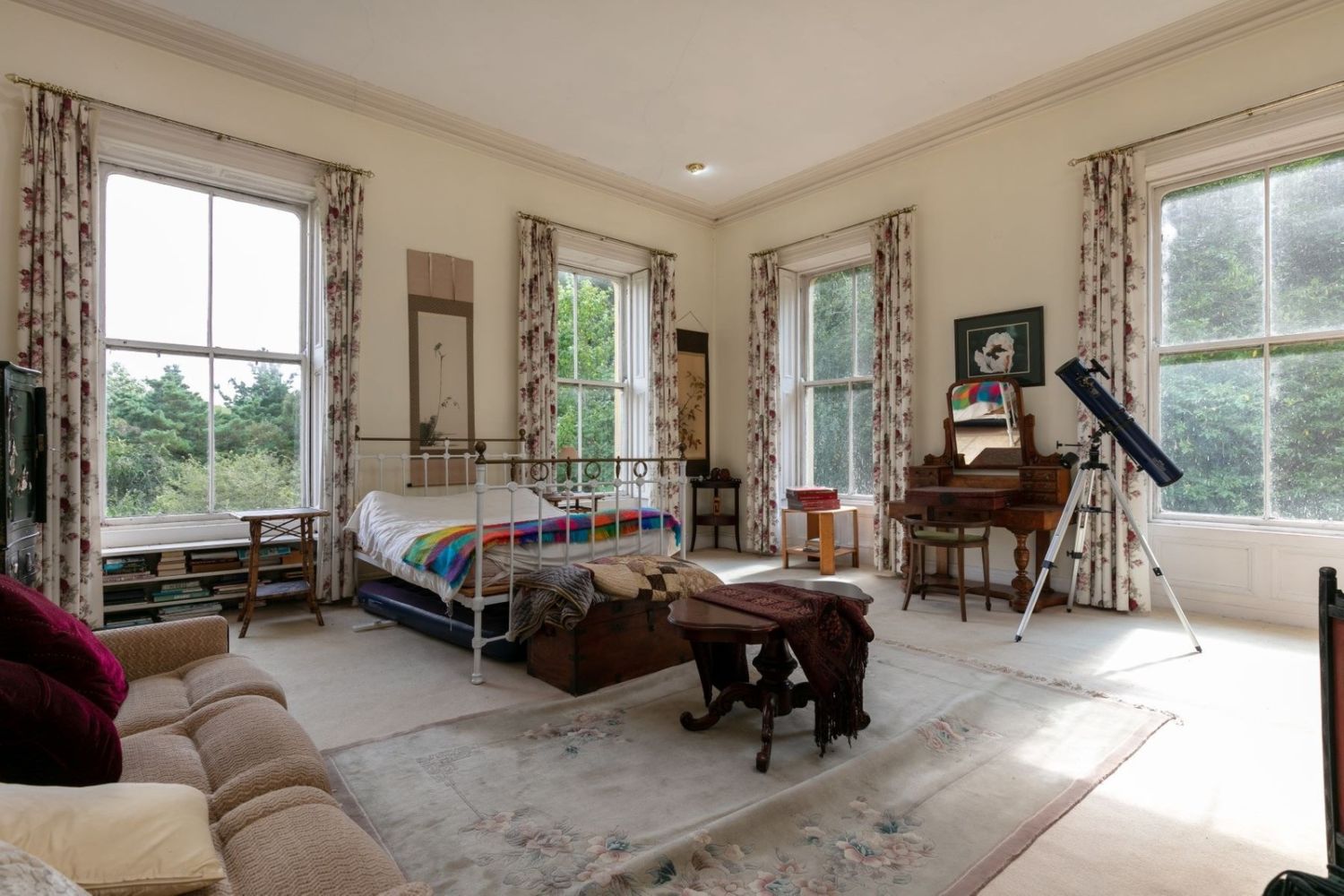 The selling agents added that, “The grounds are a little unkempt but retain much of the original splendour and include magnificent mature trees and flowering shrubs and richly augment the estate. Structurally the house appears sound, and required upgrading manageable, with re-roofing and re-wiring works recently completed.”