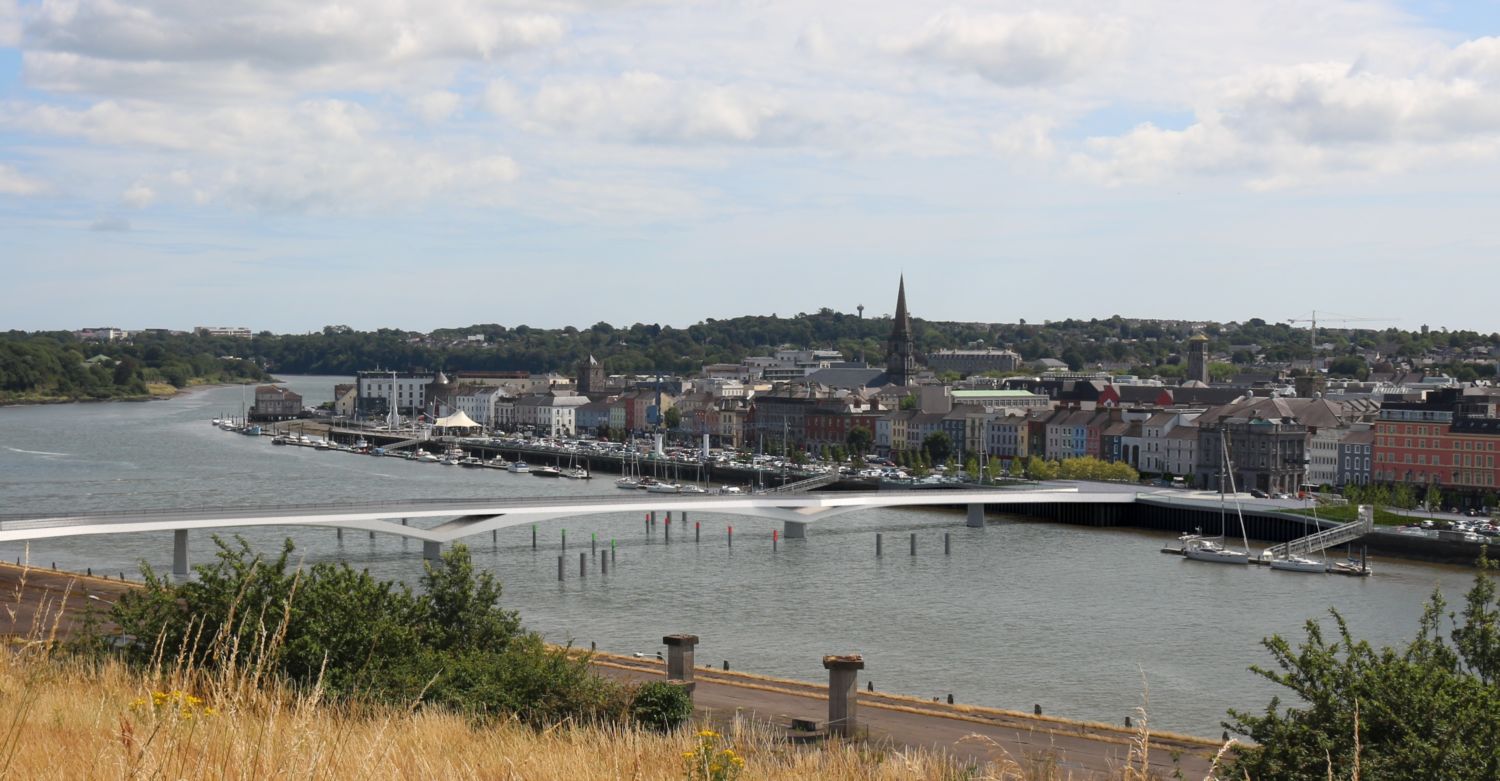 CHIEF Executive of Waterford City and County Council has announced that the main construction contract for the infrastructural element of the North Quays has progressed to final procurement stage.

In a statement issued this morning Michael Walsh, said, “We are pleased that the construction contract has progressed to the final stage. These key works to connect the North and South sides of Waterford City offers the opportunity to develop a sustainable and exemplary city centre and regional development, while facilitating the natural expansion of the City to the North side.

“Warranted by its growing role as Ireland’s south eastern regional capital, Waterford is well placed to implement a zero carbon, socially inclusive and environmentally astute mixed use real estate development on the North Quays as a catalyst for future development.”

All short listed and qualified applicants have been invited to proceed to the second stage of the works tender, with tenders expected to be returned in first quarter of 2022 and construction planned to commence in fourth quarter.

The works comprises of 1.3km of urban dual carriageway and local road upgrades in the Ferrybank area, together with significant junction improvements for pedestrians, cyclists and motorists; a new train station, transport interchange and public realm works directly north of the  North Quays Strategic Development Zone (SDZ); a 207m long pedestrian, cycle and public transport bridge across the River Suir, with an opening span to accommodate river traffic; the creation of a plaza on the south side of the river to connect the new bridge to the existing city centre; and provision of a new Greenway from Abbey Bridge that connects with the South East Greenway from New Ross that is currently under construction.

There’s also a number of enabling contracts associated with the North Quays development.  Clearance of vegetation from the cliff face at Plunkett station, the diversion of services and the demolition of several large properties in the Ferrybank area have already been completed.

Two further enabling contracts, to relocate and upgrade a foul and surface water pumping station and to divert services on the South Quays for the bridge landing are at contract appointment stage. The tender for the rock engineering works to stabilise the cliffs at the existing Plunkett station was recently advertised on etenders, and the final enabling contract to divert the existing drainage systems in the Ferrybank area to the new pumping station is at advanced design stage and will be advertised on etenders in the coming weeks.

The final piece of infrastructure to progress is flood defence works to the west of Plunkett Station. A planning application for these works was recently submitted to An Bord Pleanála, the plans and particulars are currently on public display. Depending on planning it is anticipated the tender process for this element of the project will commence in Q1 2023.

Pointing out that it has been six months to the day since Falcon Real Estate pulled out of the North Quays development deal, Cllr Adam Wyse said at Thursday’s Plenary meeting that in another six months the Council should go to the Government and ask for the €110m to be spent on other projects across the city in the event a developer isn’t found.

Cllr Jason Murphy noted there was previously a lot of talk about a sustainable transport bridge and moving the train station, but that seems to have fallen silent as of late. He asked is it still in the offing with the Department of Transport even without an investor for the North Quays.

Director of Services Economic Development & Planning, Michael Quinn said the Council is continuing with the works programme, and have just issued the tender documents for the main contract work, which includes the bridge, transport hub and the access roads. “That is out to tender at this stage. We’ve received a departmental and NTA approval for the different documents… We are continuing with that process with a view to get full approval from Government in hopefully June or July of next year.” He reiterated that these elements are still part of the development, and said they are continuing to work on full approval with a view of progressing the project with a developer.

Given that the executive stated there’s ongoing discussions in relation to the North Quays, Cllr Eddie Mulligan sought details on the number of developers and funders that are being engaged with, the number of hours a week that are being spent on this work and how many staff are dedicated to the project. In relation to the Strategic Development Zone, Cllr Mulligan wanted to know if the Council is subject to any specific timelines.

In response, Chief Executive of Waterford Council Michael Walsh said the tenders have gone up and they wouldn’t have issued them lightly. However, Mr Walsh didn’t want to get into a discussion of who they are talking or not talking to for commercial reasons. “Other than to say we are committing time to detailed analysis with funders and developers…There are no guarantees in that. We have committed significant resources. Michael has a team of three or four people who would be working full time, primarily on the infrastructure side of things, and then at management level we would be committing significant time as well…”

In terms of the SDZ development. Mr Walsh said the timeline would be five years from the date of the adoption.

The contract will be funded through the Urban Regional Development Fund (URDF) and the National Transport Authority’s Sustainable Transport Measures Grant (STMG), whom collectively are providing over €110m in funding to Waterford City and County Council for the North Quays development.