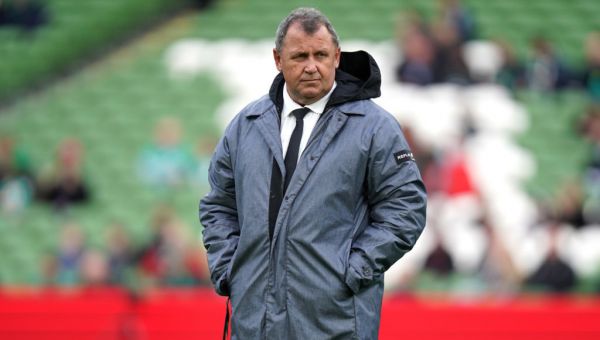 New Zealand coach Ian Foster said his side were taught a harsh lesson in how difficult it can be to play away against the northern hemisphere’s best after his side were beaten by Ireland, 29-20.

While New Zealand demolished Wales 54-16 with a seven-try exhibition two weeks ago, they faced an Irish onslaught at the Aviva Stadium where they have been pushed harder and harder in recent years, including a defeat last time they played in 2018.

“It’s been three years since we’ve been up here (in Europe). For a number of the players, they haven’t really been in a test up here and it’s very, very different,” Foster told a news conference.

“It’s very much a pressure game you’ve got to deal with. You’ve got to be at the top end of your discipline because if they sense weakness and suddenly you start to give up a couple of back to back penalties, then you feed into a game that teams like to play.”

Foster said his team, who fell back behind South Africa at the top of the world rankings after the defeat, got too easily frustrated at times when they could not get a hold of the ball and came a cropper early in the second half when Ronan Kelleher and Caelan Doris claimed two decisive tries for Ireland.

“I was delighted with the fact that under the sheer weight of possession and territory, our defence stood up pretty strong and got through to half-time a bit battered but in a reasonably good position.”

“We weren’t very clinical in those first 10 minutes (of the second half) and we had to go chasing the game…They played hide the ball very well, and you have to give them credit.”

The All Blacks face France in Paris next weekend in their final test of the year, while Ireland will welcome Argentina to the Avivag.