A Creative Writing Festival for Teenagers by Teenagers 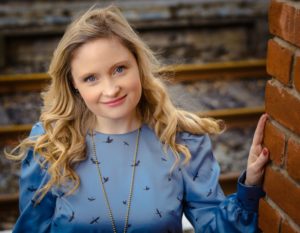 THE Lit Young Writers Festival is back for their fifth year of wonderful workshops, powerful poetry, spectacular spoken word, amazing authors, intriguing interviews, and some enchanting performances as part of Ireland’s only reading and writing festival for 15 – 19-year-olds.

The festival runs from Wednesday November 17 to Saturday, November 20 and will be a blended experience with both in-person and online events with an incredible list of guests including Irish Times best seller Caroline Busher (The Ghost Of Magnificent Fiction, The Girl Who Ate The Stars and The Legend of Valentine Sorrow) who will be running two workshops during the festival one for teenagers on Historical Fiction Writing and a Gothic Fiction workshop for young people in a local primary school.

Two young Dublin poets will also be doing workshops for teenagers : Stephen James Smith and John Cummins who will also be performing for the public at a lunchtime event in St. Patrick’s gateway Centre on Saturday Nov 20 alongside local poet Sasha Terfous. 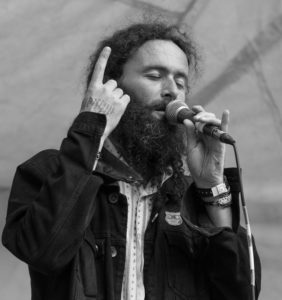 Another interesting event of the festival is ‘Voices From Direct Provision’ which will also take place in St Patricks Gateway. This new book is a showcase of new pieces of writing written by people currently living in direct provision in Ireland writing about their experiences of the system as part of a campaign to provide human faces and voices to the numbers of those oppressed by the State. This is a free event that is open to all ages and one not to miss – happening Friday night (Nov 19).

For music fans, local teenage musicians aliensincaves and The Black Roses will be discussing getting started in the music business followed by an acoustic performance in St Patricks Gateway for all ages.

The festival also has online interviews with international writers including Bill Koningsberg ( from the US), also from the US is Raven aka The Acid Bath Princess – talking about her online satire comedy that turned nasty when the audience thought they were real, Australian novelist Sophie Gonzales is also interviewed and one Irish act – Hip-Hop Singer – Uppbeat  all will be streamed through their social media platforms.

To learn more about the artists and events visit the Lit’s website – www.thelit.eu or book your tickets online through Eventbrite – https://thelityoungwritersfestival.eventbrite.ie/. For more information on the festival and their events send them an email to [email protected] or call 051 879377 and the team will get back to you.