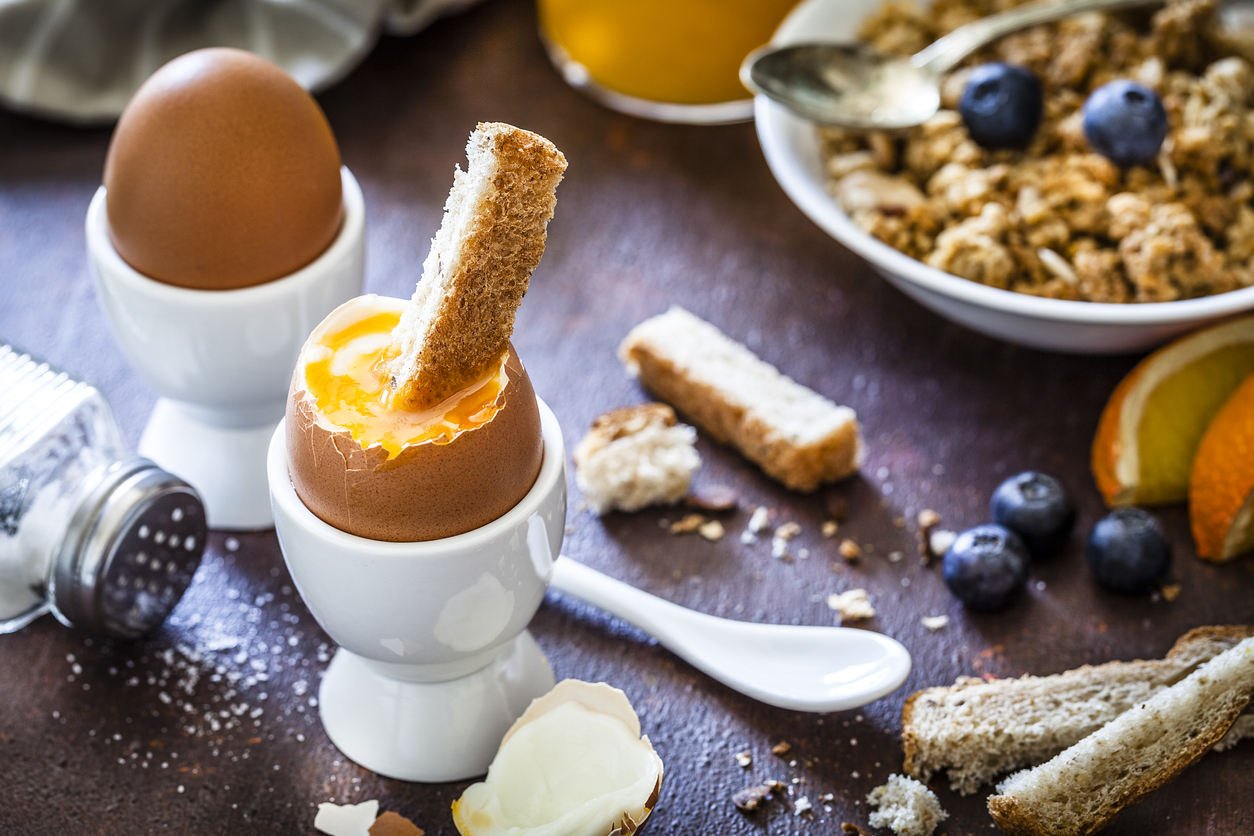 WHAT always sustained my poor old Dad was his pleasure in the small things in life. Being sent away to a boarding school during the Emergency meant that he never got over the feelings of hunger and deprivation that resulted. The simplest thing in the world to him and the most basic was the pleasure of having enough to eat.

Not that he ate a lot. For a tall, athletic, sporty sort of man he was a modest eater. Watching him enjoy his everyday meals was to savour a scene of pure pleasure.

Dad’s breakfast in the days when he got up early to go to his office job consisted of nothing more than black tea with a dropeen of milk and two slices of buttered toast and marmalade. I never saw him eat an egg or a full Irish in those days.

‘No matter where you are in the world, you will find the golden wrappers of Irish butter and it will save the day when you tire of exotic spices’

Butter was the star of this humble meal. Whereas the toast was made from simple sliced pan, the butter was literally heaped on it. You could almost hear the hum of delight as he dug into the butter, the very thing that was rationed out of existence all through his war years’ incarceration. Butter was the symbol of decadence and freedom.

Sure I’m the very same myself. Butter is a golden halo on any spud or blaa. No matter where you are in the world, you will find the golden wrappers of Irish butter and it will save the day when you tire of exotic spices and too healthy salads.

My own breakfasts are perhaps the best meal of my day too. Like my Dad I would suffice with bread and tea in the old days, rushing out to work and herding young ones out the door. Now that I am working from home and the hours of work are up to me, I dilly dally for ages over breakfast.

Is there anything more beautiful than the autumnal morning sun rising above the hedgerow? As it tips into the kitchen there you will find me whipping up omelettes and opening up jars of condiments, grilling vegetables or making sourdough toast. I know! It’s quite a task. But it is a wonderful and rewarding time of the day to be creative and somewhat indulgent.

Breakfast has become a full on ritual now.

On my travels I love a leisurely breakfast. I can’t put up with standing at the counter for a quick espresso like they do in Rome. Without doubt I am more the ‘slow milky coffee with a view’ type, enjoying watching the carry-on of passers-by while perusing a menu of delicious temptations.

They don’t really have breakfast in mainland Europe but they tend to have an early and enormous lunch instead. In Turkey where I hitchhiked and camped in the old days, breakfast was a cold dish of eggs, olives, meats, jam, very sweet tea and cheese. Sometimes local people would leave a basket of fruit and other treats at the tent in the early morning. Turkish people must be among the friendliest and most hospitable people I ever met on holidays.

Breakfast in New York is something to behold. My favourite is a stack of fluffy blueberry pancakes served with a jug of Bucks Fizz followed by American coffee. On a Sunday morning hipsters gather and consume gallons of cocktails and grub. Walnut-cranberry toast smeared with honey butter and pure bee pollen, Mexican bright sea-bass aguachile tucked underneath a cool blanket of cucumber discs, gravadlax and herring with horseradish dill wasabi-flavoured roe and whitefish-salmon salad. My old man wouldn’t have been able to cope with the variety and the grandiosity of it all. Breakfast in NYC is an art form.

Sometimes the simplest of breakfasts at the most familiar kitchen table with no airs and graces is perfection itself. If the truth be known, a full on breakfast accompanied by the paper propped up against the coffee pot, is a kind of heaven. At the moment I am relishing a daily potato omelette with feta and pickled beetroot on the side. Add an avocado to that plate and you have the best meal of the day.

As my Dad grew very elderly and lost both his sight and his hearing, I used to wonder about how he remained so positive about life. By that stage he had gone onto having a porridge breakfast with a sprinkle of sugar and lots of milk. As he leaned into it he still had the same hum of delight that I had heard all my life when he gobbled up something delicious. Sometimes, even at the very end, he would kind of giggle to himself and say, “Still here!!! Another day is a bonus!”

Amen to that! Another day means another chance to have breakfast!

CATHERINE DREA: So here we are again