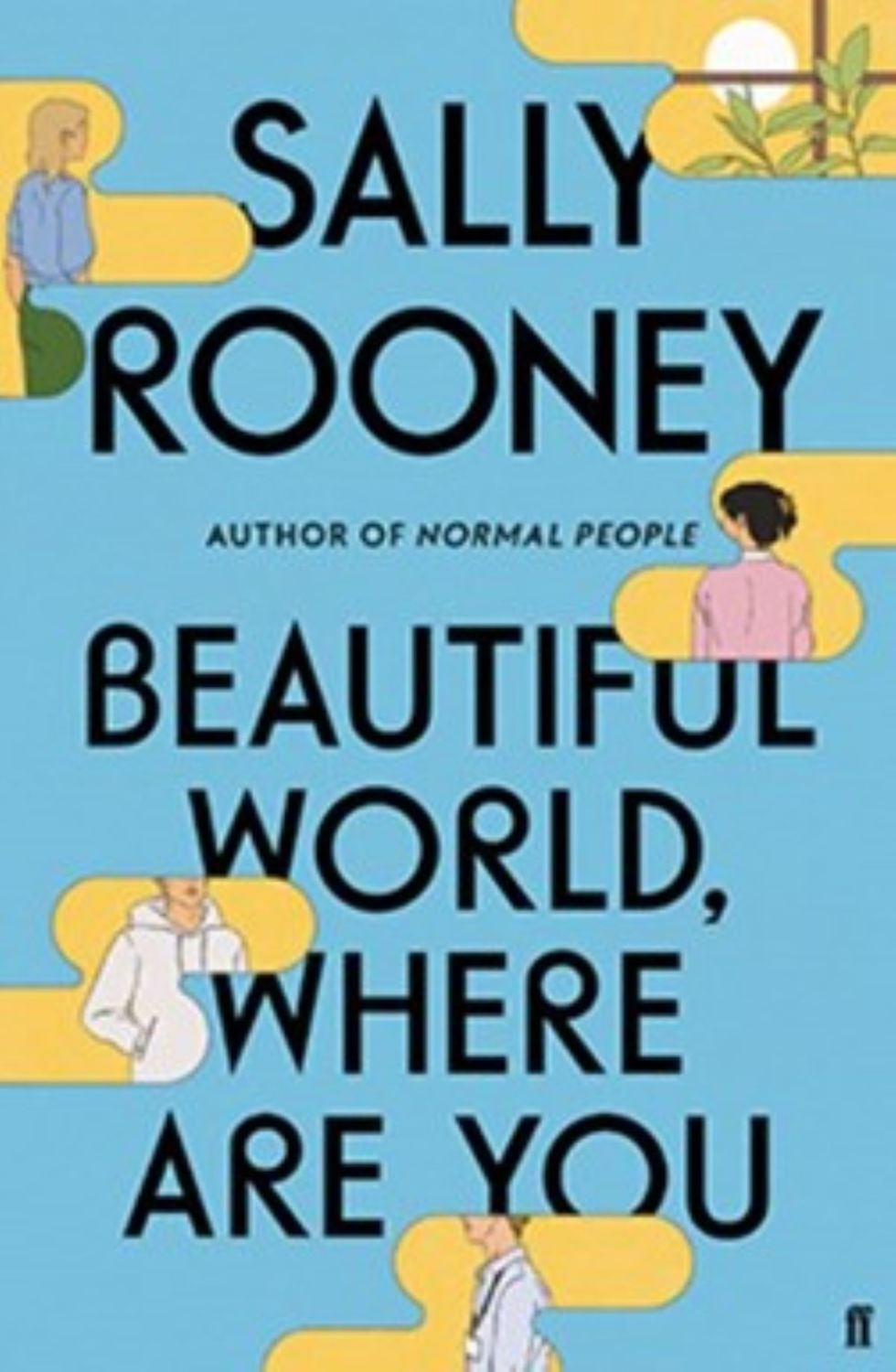 I HAVE been reading a number of reviews of Sally Rooney’s latest novel, ‘Beautiful World, Where Are You’. I found it fascinating that so many of the reviewers have identified a strong religious/ Catholic subtext in the book. One reviewer even claims that Rooney is the great Catholic writer of the current generation. She is writing out of the Generation Z culture, that is the generation born after the mid-1990s, the generation that ostensibly at least has long since abandoned the practice of religion.  Rooney’s novels are written from within the context of a post-Catholic Ireland, an Ireland in which the, “Church’s firm grasp on every aspect of life rapidly weakened after revelations of abuse.” Indeed, in a recent interview, Rooney herself rejoiced that “the hostile culture of Catholic Ireland had suddenly vanished.” However, she also commented that “we got rid of the Catholic Church and replaced it with predatory capitalism. In some ways that was a good trade off, and in others ways, really bad.”

‘She at least raises the question of the presence of the Divine as a response to the angst or ennui, the restlessness and the search for meaning in a troubled world’

(Derek Scally’s recent book “The Best Catholics in the World” explores this rapid spiritual decline of a once ultra-devout catholic country. The dramatic decline is evidenced in the fact that only  four students began studies for the priesthood at the  national seminary in  Maynooth this year).

Even the title of the book ‘Beautiful World, Where Are You’ suggests that any exploration of religion in the novel will be negative. This title comes from a poem written in 1788 by the German poet Friedrich Schiller. The poet contrasts the pre-Christian age which was characterised by happiness, harmony and an awareness of the divine presence in every aspect of life with the Christian age which he claims is joyless, broken and in which experience of the divine is distant and impersonal.

It is therefore all the more intriguing that there are so many allusions to fundamental Catholic themes in the novel. But maybe not so strange when we realise that the author is writing for a generation which has lost faith and trust in the institutional Church but yet is yearning for something to believe in. Her characters inhabit a rather precarious world, depicted so skillfully in the novel as a society of “rampant consumerism, inadequate housing, social media saturation, existential threat of climate change and instant celebrity”… and rather confusing sexual mores (review by Ciaran Freeman).

In another review, Fr. Brendan Hoban, founder member of the Association of Catholic Priests in Ireland, reflects on how Alice, the main character in the novel, finds the person of Jesus so fascinating. She is a best-selling author and enjoys the trappings of success. But wandering into an empty church feeling tired and disoriented, “she sat in silence pondering the nobility of Jesus… and is aware of his closeness to her. He embodies a kind of moral beauty. She has a strong liking and affection for Jesus and feels moved when she contemplates his life and death.” While she doesn’t believe in his resurrection, “yet he says the kind of things that could not really emanate from any other consciousness.”

Observing that a “lurid ugliness is the predominant feature of modern life,” she begins to feel that her sympathies are engaged with the Catholic mindset. …At least a hint of the Divine.

Ciaran Freeman in his review insists that there is much more than mere hints of the divine in the novel. He claims that Rooney is the great Catholic novelist of the modern era, just like Flannery O’Connor and Graham Greene, champions of Catholic sacramental sensibility in an earlier generation.

Like Hoban, he elaborates on the phenomenon of the two central characters Alice and Eileen being gradually opened to the idea that “there might be something special about a first-century Judean preacher (Jesus of Nazareth) in their search for a beautiful world.” He makes much of the scene in which two of the characters find themselves attending the 9:00 a.m. Mass at the “Church of Mary Immaculate, Refuge of Sinners” after spending the night together. “These alienated, anxious characters find a moment of peace together in the pews. For at least a bit, their restless relationship is filled with grace.”

To clinch his argument, he highlights  a quote from Alice where she talks about beauty, truth and goodness: “Properties of being which are one with God.” This is a piece of catechism that can be traced right back to Thomas Aquinas. He concludes thus: “If the goal of art from the Catholic perspective is to reveal beauty, truth and light – to point in the direction of God – then Sally Rooney is my generation’s great Catholic writer.”

I’m not so sure. I think Freeman could be accused of eisegesis, that is reading too much into the text. I don’t think he is honouring the religious sensibility of the author as portrayed in the text. After all, I don’t believe there is any reference to God in her earlier novels. Freeman does argue that the Catholic imagination is latently present in the way Rooney writes about the body in ‘Normal People’. “The characters’ (Conell and Marianne) experience of God, of what is good, is rooted in each other and expressed through their bodies”: …while there are hints of the sacramental imagination here, this would present a challenge to formal Catholic doctrine.

However, we have a lot to be grateful for in Rooney’s work. She has given us an insight into the issues that are troubling and challenging for the millennials and Generation Z. I must confess that I find it difficult to appreciate how that generation really feels about the deeper spiritual challenges that life throws at us. She pulls back the curtain for us. She at least raises the question of the presence of the Divine as a response to the angst or ennui, the restlessness and the search for meaning in a troubled world.

Fr Liam Power: Christmas message as witnessed in the life of Brother Tim